Tonight Harrison Ford and Sean Connery star in the third instalment of the Indiana Jones franchise – Indiana Jones and the Last Crusade – which was shown on Film4 on Wednesday night amid rumours of a fifth instalment in the works. The 1989 hit follows Ford’s Jones on the hunt to track down his father Henry, played by Connery, but along the way, he encounters a few of his old rivals as he attempts to locate an ancient religious artefact.

The film was a hit with viewers and critics, scoring an impressive 83 percent positive review ratings on aggregator Rotten Tomatoes.

After its release, Jay Boyar, of the Orlando Sentinel, noted that it lacked the “novelty” of the first Indiana Jones edition, Raiders of the Lost Ark, and the “breathless pacing” of the second film, Temple of Doom, but was “an entertaining capper to the trilogy”.

Peter Travers, a Rolling Stone critic, disagreed hailing it the “wildest and wittiest” Jones saga of the lot, praising the work of director Steven Spielberg, and co-writer George Lucas.

The New York Times’ Vincent Canby added: “Though it seems to have the manner of some magically reconstituted B-movie of an earlier era, The Last Crusade is an endearing original.”

Some of the charm of Indiana and the Last Crusade spawn between Ford and Connery’s brilliant on-screen relationship, which shows them off as an affable, if not argumentative, father and son team. 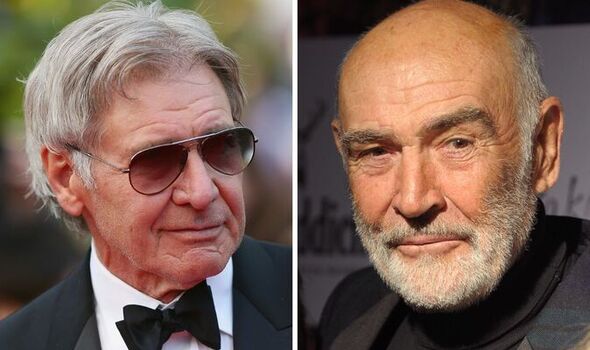 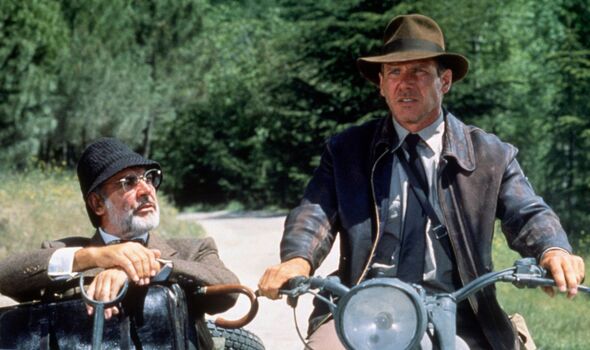 Their time together was celebrated by Ford, as well as Spielberg, who told Empire film magazine his time with Connery was among the best fun he’d had on set, detailing how his exuberant personality was a hit.

He said: “Sean was in a great mood most of the movie because he was able to be funny.

“He was able to use his comedic skills, and Harrison was in a fantastic mood because he was able to be the foil for the father.

“It was the most fun we had between actors in all of these movies.”

JUST IN: Harrison Ford’s Indiana Jones ‘replacement’ and their relation to him 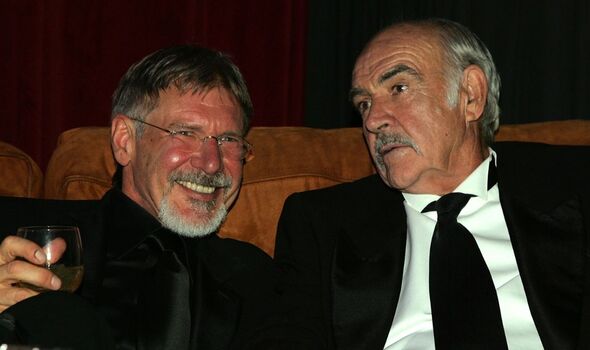 Ford also championed Connery’s role in helping set a brilliant environment on set, hailing the Oscar, who won a Best Supporting Actor award for The Untouchables, for his personality.

Ford added: “It was just really great to work with an actor who doesn’t give a s**t. I don’t mean about the craft, but about his ego. We just clicked.”

While Connery eventually accepted the role in the film, he has previously been touted for a series of other roles but turned them down, including in The Lord of the Rings franchise, and The Matrix.

Connery may have played the role of the wizard Gandalf, which eventually went to Sir Ian McKellen, who earned an Academy Award nomination for the role, but the Scot explained he didn’t understand the role. 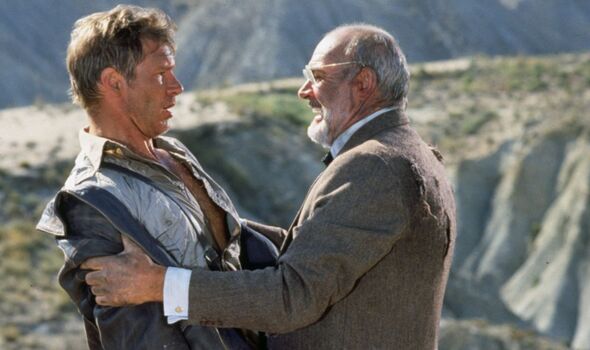 According to a 2020 Virgin Radio report, Connery said when asked about the role: “I read the book. I read the script. I saw the movie. I still don’t understand it.”

The possibility of Connery going face-to-face with Saruman, Gandalf’s rival wizard played by Englishman Christopher Lee, would have been an incredible prospect, but New Line Cinema executive Mark Ordesky appeared to back up the Scot’s claims.

Speaking about the role as part of the 20th anniversary of the first instalment of Lord of the Rings, McKellen, according to the Independent, said they “only wanted me because the established stars said no”. He added: “They wanted Tony Hopkins and Sean Connery.”

But Ordesky replied that McKellen was “self-deprecating”, noting that the producers “desperately wanted him”. He added: “We did make an offer to Connery but he said no.

“We never got an answer until years later, but apparently he read the material and just didn’t get it.”

Indiana Jones and the Last Crusade airs tonight from 9pm on Film4.