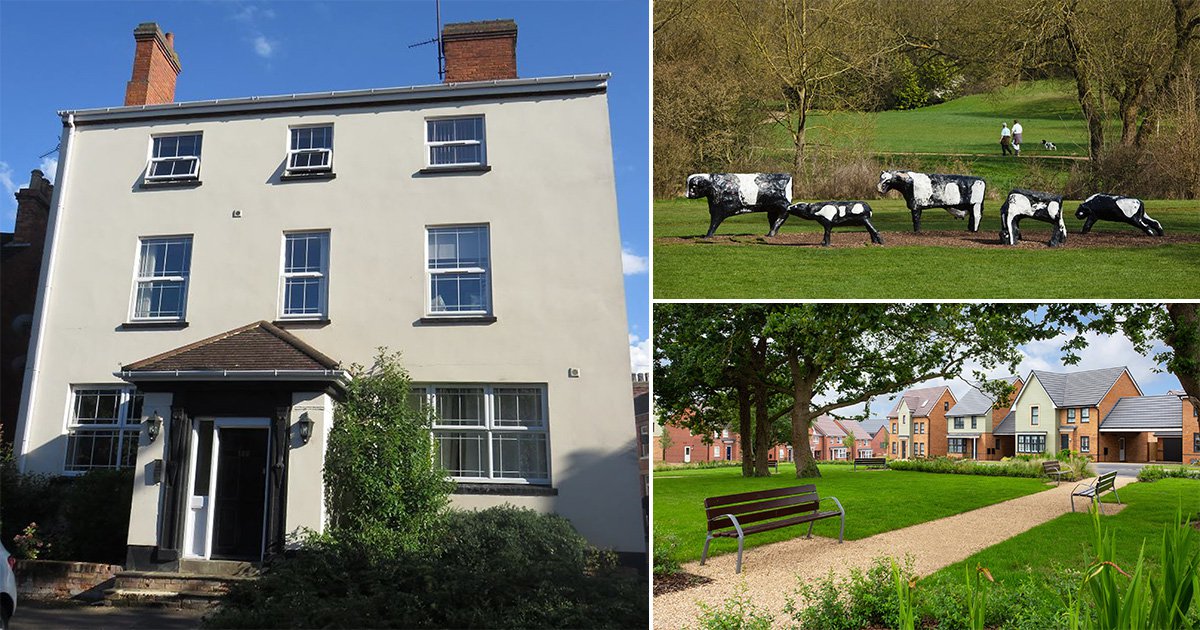 Considering that it’s only existed since 1967, the fact that Milton Keynes has been granted city status by the Queen in her diamond jubilee year is an extremely impressive achievement.

Designed as a series of neighbourhoods linked by a grid system of roads which was much-criticised but has proved effective in preventing traffic jams, it’s now one of the country’s fastest-growing cities, a major shopping, sports and cultural destination, and known for more than its popular Concrete Cows, created by American sculptor Liz Leyh in 1978.

Getting around is easy as it’s located in the middle of the Oxford-Cambridge arc, with speedy motorway and rail links to London, the Midlands and North, and is half an hour from  Luton Airport.

Due to Milton Keynes’s tender age, housing in the centre and surrounding neighbourhoods has been built in the past 50 or so years, though Victorian and older period properties can be found in Stony Stratford and Bletchley, two small towns that fall within its precincts.

‘We’ve always seen a lot of buyers from London, and there’s something for everyone. Although prices have risen by 15% since Covid, they still get much more for their money here,’ says James Boult of Connells. ‘One-bedroom resale flats start at £200,000 and three-bedroom houses from £300,000. Some get multiple offers, and quite a few go for over their list price.’

What’s new in the area?

More than 30,000 new homes are being delivered by 2031, and the majority of ongoing developments are on the city’s eastern and western flanks. On the eastern side, three, four and five-bedroom houses are on offer at Crest Nicholson’s Morton Park in Wavenden, a ten-minute drive from the centre.

With open-plan layouts, en-suites and parking, they start from £420,000. The developer is also marketing three to five-bed houses in eight different house types at Crest Nicholson’s adjacent Manor View, from £452,000.

Various developers are building at nearby Glebe Farm. One and two-bed apartments at Glebe Meadows, by Bovis Homes, are from £243,000, with Help to Buy available and three-bed houses at Bellway’s Wavenden View start from £407,500.

Countryside’s Tattenhoe Park, south west of the centre, has one to five-bed homes, inset, from £359,950 for a two-bed apartment. A new phase, consisting of one and two- bed apartments and three and four-bed houses launches next month from £225,000.

More than 6,500+ homes are planned in the Western Expansion Area. Among them are Bovis Homes’ Whitehouse Park, where three, four and five-bed houses start from £389,995, and Bellway unveils 175 homes this winter, while at Fairfields, Barratt Homes has one and two-bed apartments, some with Help to Buy, from £216,995 and two and four-bed houses, from £305,995.

Renters should take a look at The Almere, operated by NATIVE Residential. Residents have use of event and co-working spaces, a lounge and roof terraces. From £1,215 per month.

Everything potential buyers need to know about Milton Keynes:

Commuting time to Zone 1: From 33 mins to Euston

Who lives there? First-time buyers and families

What’s on the property ladder?

A top-floor conversion in a period building in New Bradwell. It has one double bedroom, allocated parking and a communal garden.

Find out more with Brown and Merry.

Find out more with Purple Bricks.

This five-bedroom house occupies a large plot in Shenley Church End, one of MK’s most desirable addresses, and features timber beams and posts throughout.

Find out more with Connells.