On Thursday, the star and producer of “Rust,” Alec Baldwin, fired a gun in an on-set accident that killed cinematographer Halyna Hutchins and injured director Joel Souza. While the Santa Fe County Sheriff Office’s investigation is still ongoing, the entertainment industry has a long-established and extensive set of protocols regarding the use of firearms on set.

If properly followed by a production’s cast and crew, they make a tragedy like this one impossible.

On any set, the prop master — or in some cases, a weapons expert — is responsible for obtaining, maintaining, and handling all firearms for the production. According to Local 44, which oversees prop masters, the gun contained a live round and the “Rust” call sheet did not list any members of Local 44. Sante Fe County Sheriff’s Office spokesman Juan Rios told Deadline that they have not yet confirmed whether the projectile was live or a blank.

Ensuring that all union crew members are fully aware of safety practices and their responsibilities to uphold them is the domain of Contract Services, a nonprofit organization dedicated to carrying out “the required provisions of the collective bargaining agreements between the film and television industry’s West Coast Studio Local Unions and the Alliance of Motion Picture and Television Producers,” according to the Contract Services site. It provides 35 safety education courses for members of the entertainment industry, including Course S, “Firearm Safety for the Entertainment Industry,” a 90-minute video with an accompanying test.

Required for prop masters and prop assistants, the course details everything from firearm regulations and all applicable ordinances to exactly how a gun should be handed to an actor, pre-scene safety meetings required before any gun can be on a set, and the exceedingly rare circumstances in which live ammunition is permitted. Relevant Contract Services courses are a requirement for all union crew members, as are periodic refresher education. Request for comments from Contract Services and Local 44 were not immediately returned, and this article will be updated upon their response.

The use of any live ammunition — i.e. those containing primer, propellant, and a projectile — is severely restricted in entertainment industry productions. Contract Services’ Safety Bulletin #1, “Recommendations for Safety With Firearms and Use of “Blank Ammunition,” states that “live ammunition is never to be used on or brought onto any studio lot or stage. However, there may be rare occasions in which live ammunition can be used on location to obtain an effect.” 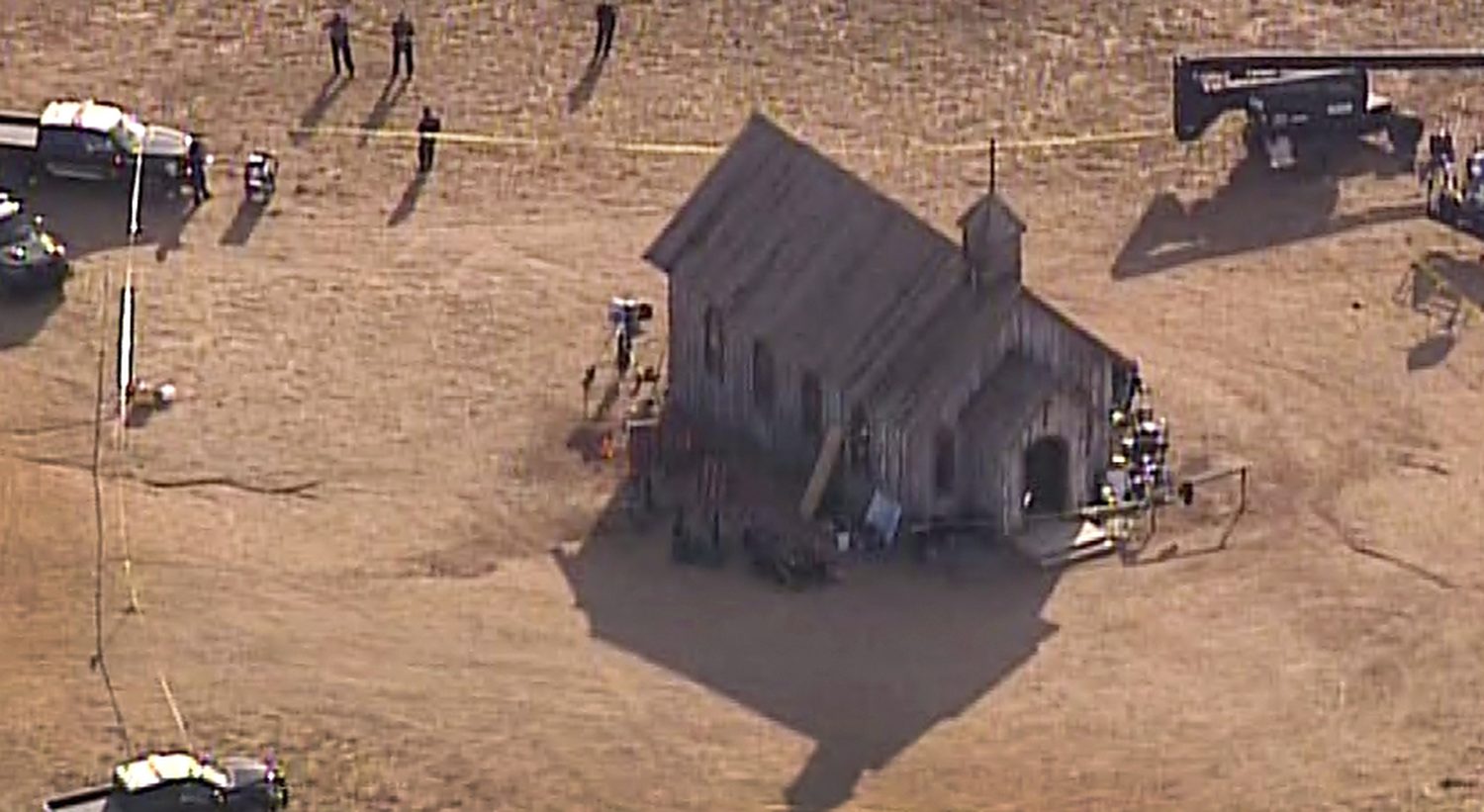 Safety Bulletin #2, Special Use of Live Ammunition, is a six-page document that outlines the specific and unusual circumstances that would allow live ammunition on a set, along with a 19-point plan that must be followed. The first one: “The Director, Producer, Director of Photography, First Assistant Director, Special Effects Technician and the licensed Property Master (or, in his/her absence, the weapons handler and/or other appropriate personnel determined by the locality or the needs of the production) have jointly determined a situation exists in which there is no other practical alternative but to use ‘LIVE AMMUNITION’ to achieve the effect.”

Other points include: Live ammo can only be used on a suitable site — “i.e., a military, police, or private gun range, the deck of a vessel, or in an area deemed safe for this procedure” — and requires permission or a permit “from the authority having jurisdiction,” such as a sheriff. The insurer must be notified, as well as all cast and crew via the call sheet.

Whether a gun is to contain blank or live ammunition, any scene demands a safety meeting that includes an “on-site walk through” with “the property master or weapons handler, a production representative, and anyone who will use or handle the firearm to understand the intended action, possible deviations, plans to abort, emergency procedures, and chain of command.”

“Immediately prior to the firearm discharge, a rehearsal shall be held to ensure that all who will be present know the assigned location, the safe zones that have been identified, and to ensure that no one is down in the range area. Upon completion of the rehearsal, a formal announcement shall be made to all those present that ‘LIVE AMMUNITION’ will be fired. Particular attention shall be paid to the line of fire. Ensure the area is clear of all personnel and be aware of possible ricochet hazards and/or the ejection of hot shell casings.”

Course S clarifies that even when blank ammunition is used, the prop master “should announce in a loud voice to the cast and crew that the firearm is ‘hot’” and notify everyone present — including the sound mixer, first AD, and stage manager — “prior to any firing of blank ammunition. Unless it is authorized by the property master, a firearm should never be aimed directly at another individual. If it is necessary to do so in a sequence, the shot can be “cheated” by aiming the weapon slightly to the side of the other person.”

The bulletin also clarifies that prop and live firearms should never be stored together, and that live ammunition “shall be secured in a locked box and clearly marked in a manner to differentiate it from blank ammunition.”

Chris Lindahl contributed to this report.