I’M A Celebrity bosses have been blasted as “too soft” for not punishing smuggler Simon Gregson.

The soap actor, 47, sneaked illicit salt and pepper into the camp, but has been “let off”. 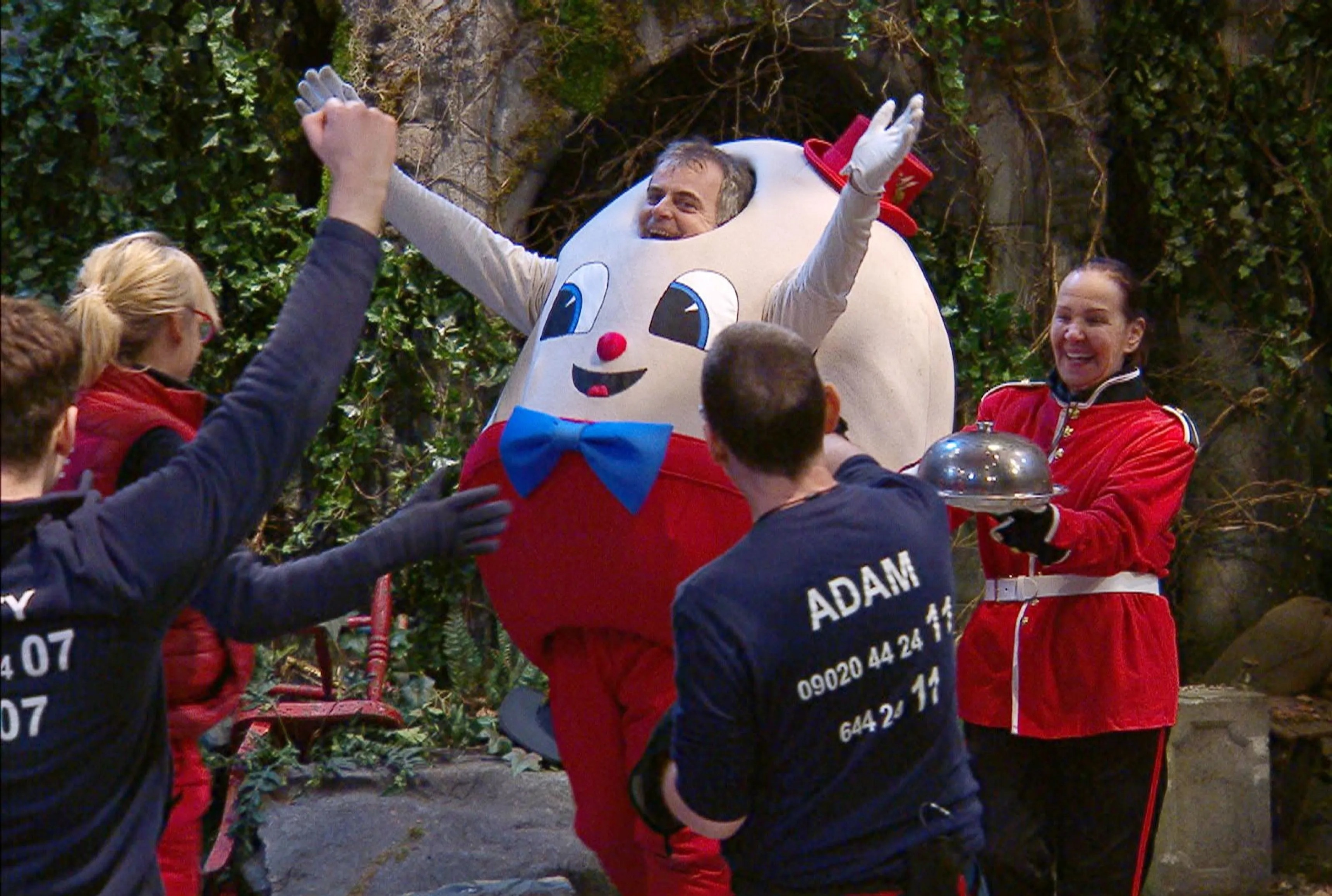 In the past, all campmates were placed on stricter rations if a celeb flouted the rules.

But ITV chiefs have confirmed there will be no punishment for Simon’s violation.

Former 2006 campmate Dean Gaffney, 43, agreed with fans who have called the show “easy”.

He said: “In Australia, it’s a very different vehicle to what they’re doing now in North Wales.”

Show bosses stripped stars of 33 items when they checked back into Gwrych Castle following evacuation due to Storm Arwen — but did not find Corrie legend Simon’s hidden seasoning.

He was forced to confess after David Ginola, 54, spotted the flavour boost in the camp’s sausage dinner.

A source said: “Hunger has always been a big part of I’m A Celeb. So meagre rations make the perfect punishment for rule breaks.

"Simon being let off is the latest in a long line of soft measures for this year.”

The source added: “They’ve been away for the weekend in warm cottages, they don’t need luxuries or full tummies.

"But they’ve got both. It means a not particularly tough experience.”

He was dressed as the nursery rhyme character for the latest Castle Coin Challenge. 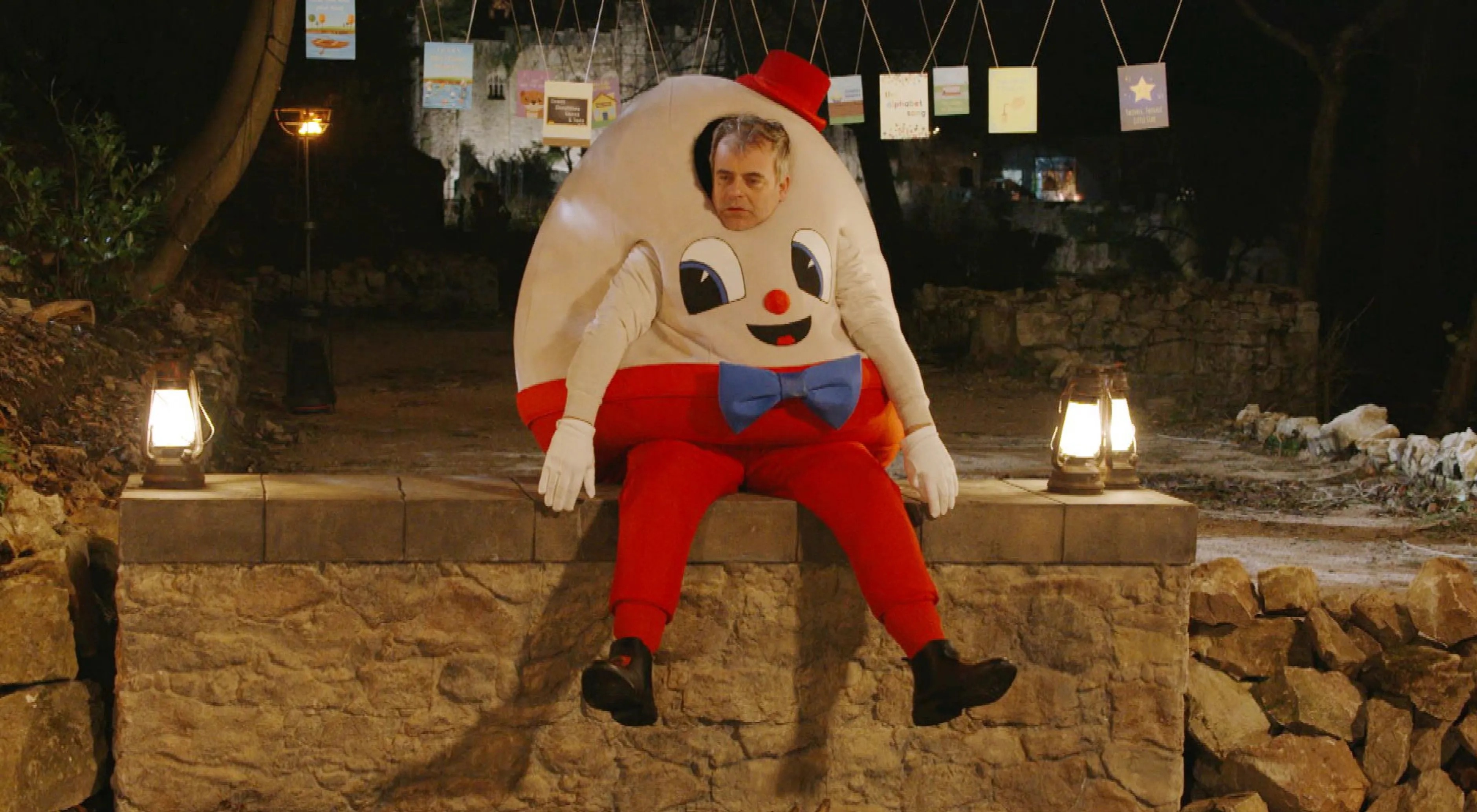 But he and partner Arlene Phillips did a cracking job for the camp in a egg-filled task.

Simon, 47, had to play notes on a giant piano mat to guess nursery rhymes.

He then had to tumble over a wall to select a book to match the tune.

Simon teased: “This is no yolk, I can tell you.”

The duo were successful and took back a bag of Cadbury Mini Eggs. 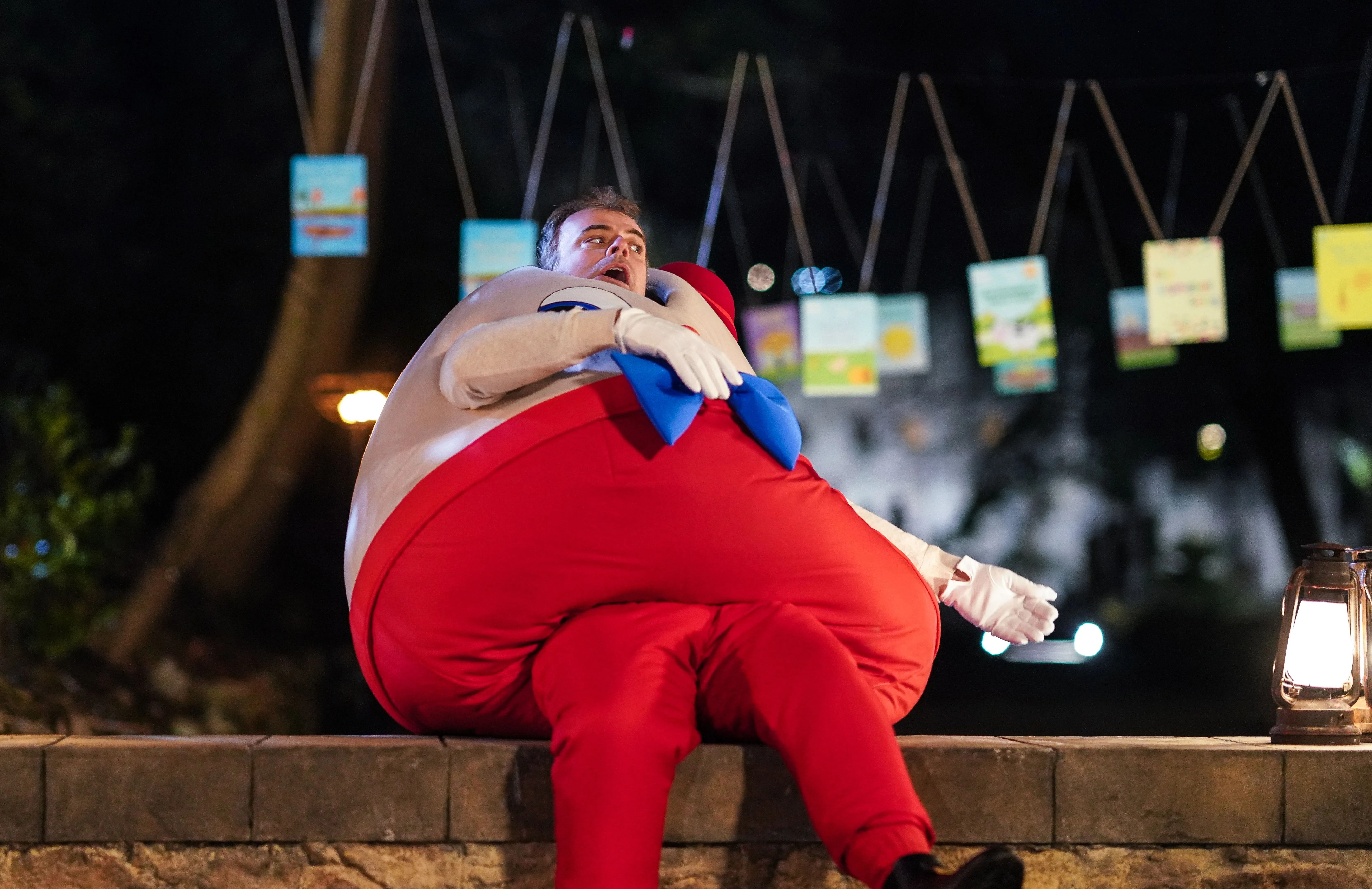 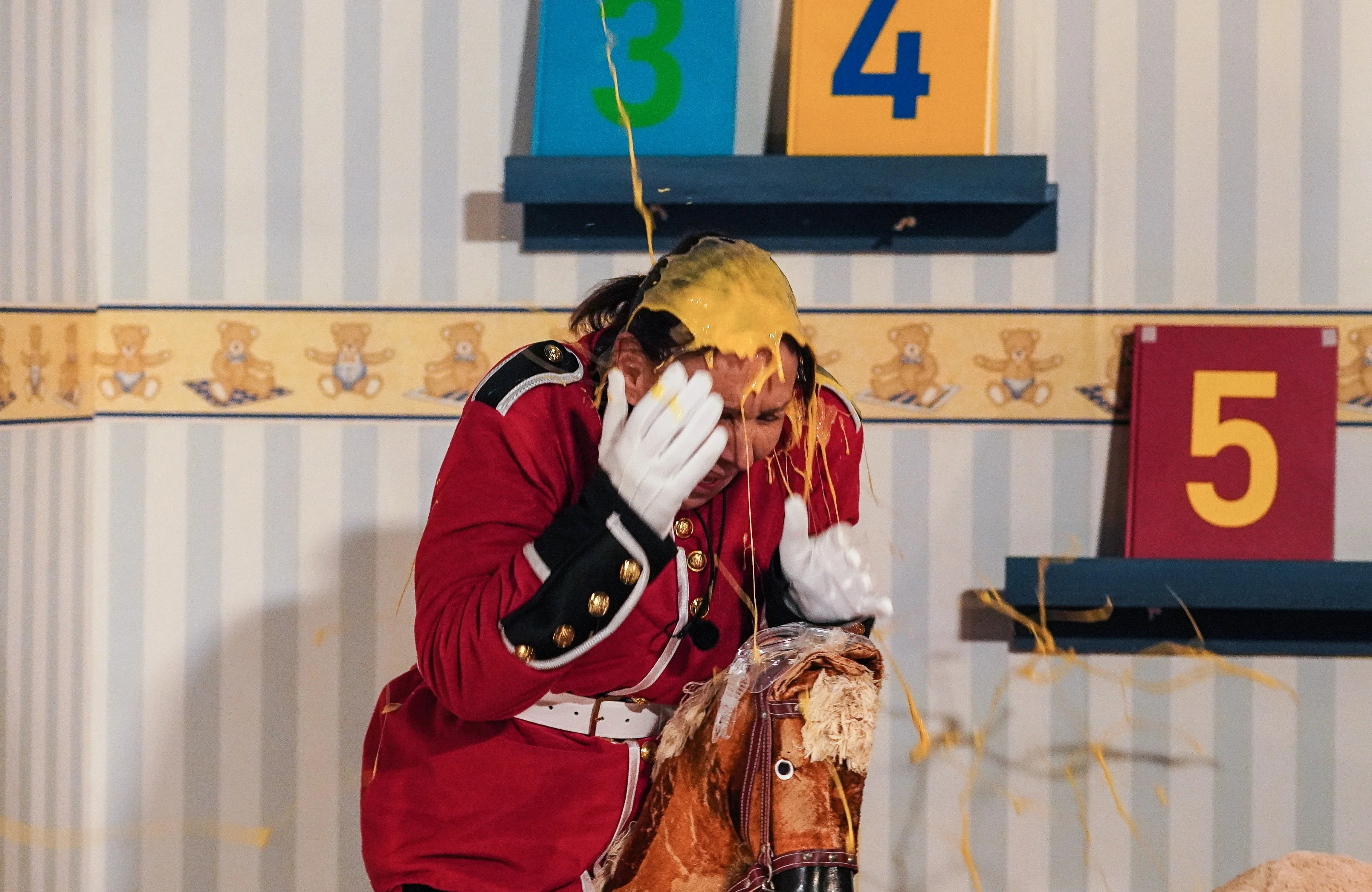