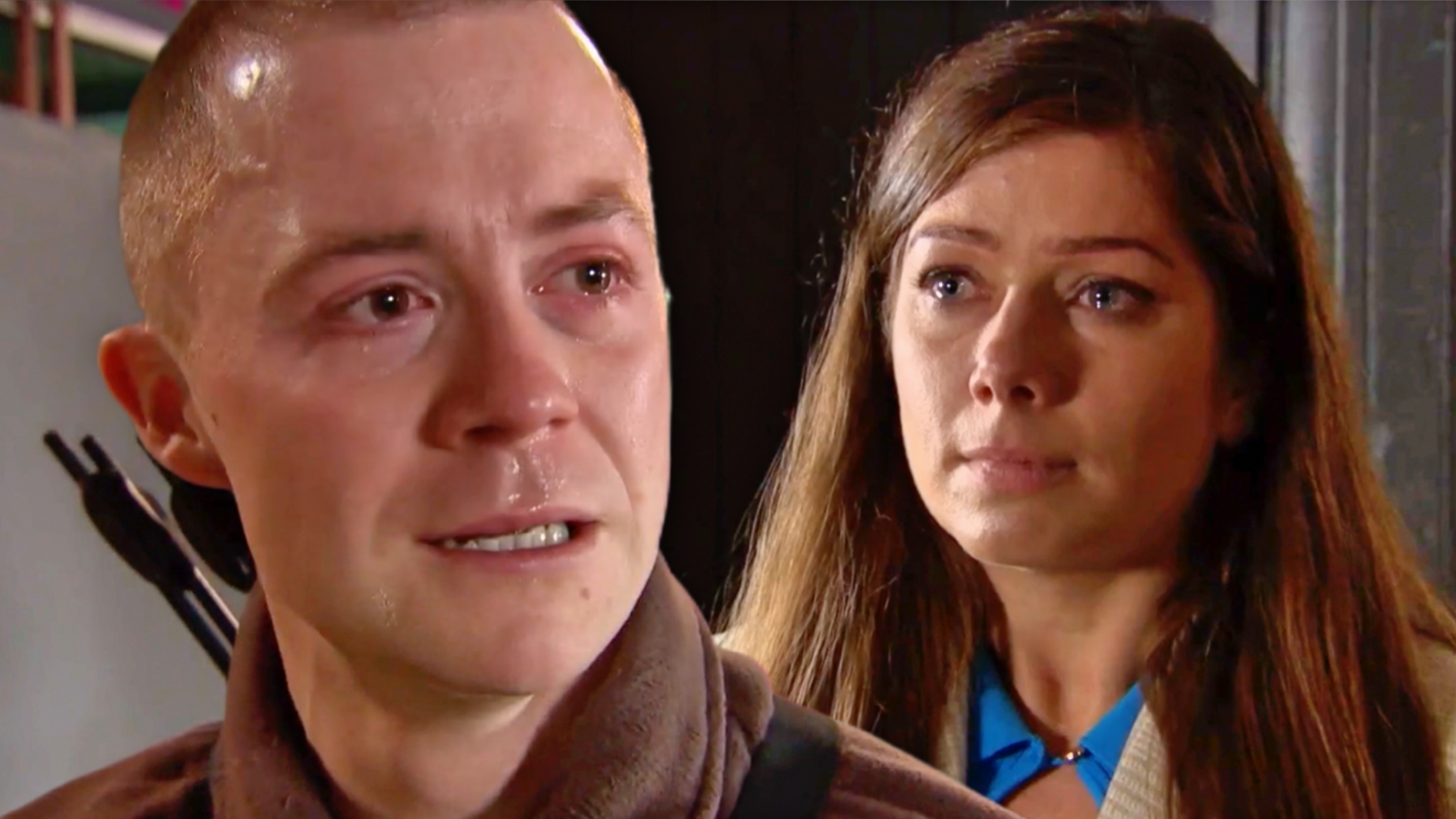 Eric Foster’s (Angus Castle-Doughty) reign of terror has finally come to an end in Hollyoaks, after the crossbow-wielding incel was apprehended by armed police amid a terrifying siege.

The radical misogynist took a number of the eponymous village’s residents hostage in The Dog on the day of his sister Verity Hutchinson’s (Eva O’Hara) funeral as part of his masterplan to be seen.

Maxine Minniver (Nikki Sanderson), meanwhile, who had been held captive at a remote house, broke free from her captivity and made her way back to the village, determined to rescue those in danger and alert them of Eric’s vile plot before it was too late.

Eric, however, had already made it to The Dog, and in shocking scenes, he confronted grieving Tony and Diane Hutchinson (Nick Pickard and Alex Fletcher), shooting the latter with a bolt from a crossbow.

Tony broke down in tears as Diane started to lose consciousness, desperately hoping to save his wife, as Eric – hellbent on seeing his mission through to the bitter end – headed downstairs to face his captives.

Eric, however, revealed his crossbow and began to rant about how he wanted nothing more than a normal life, before claiming that women had denied him such a thing.

Zoe, at this point, revealed to her fellow captives that Eric was an incel.

Tony, with Beau Ramsey (Jon-Paul Bell) by his side, came downstairs holding Diane’s body in his arms, claiming that she had died. He pleaded with Eric to let the men go free and leave the women behind, appealing to Eric’s incel behaviour – though evidently having another motive in making such a request.

Eric complied, and once outside, it was revealed that Diane was still alive, and she was treated by paramedics. Maxine, meanwhile, had made it back to the village, and she used the distraction to get inside, where she joined the other captives on the floor of the pub.

Maxine, however, refused to be pushed around and bravely got to her feet, berating Eric for claiming that its women’s fault his life didn’t turn out the way he hoped, telling him to take responsibility for his own failures.

Eric, enraged, shot the crossbow, and Maxine went down, much to the horror of all the other women, who bravely tackled Eric to the floor just as the armed police arrived.

Desperate to escape, Eric hightailed it towards the door, but in superb scenes, Maxine tripped him up, preventing him from escaping justice.

A truly chilling outing of the Channel 4 soap, bringing the radical misogyny storyline to its dramatic peak, with an award-worthy turn from actor Angus Castle-Doughty, who delivered a performance that will not only go down in soap history, but TV history.

Hollyoaks continues Wednesday January 11 at 7pm on E4 or stream the next episode from midnight on All4.