JAMES Argent has been snapped getting fresh air as he headed out in Essex.

The 33-year-old carried a bottle of water to keep hydrated and wore casual clothes to keep comfortable.

He's been on a weight loss mission ever since going public about his battle with drug addiction.

The Towie star will undergo lifesaving stomach surgery after doctors warned him: “Lose weight or die.”

He ballooned to 26 stone when he stopped exercising in lockdown — and replaced drink and drugs with fast food. 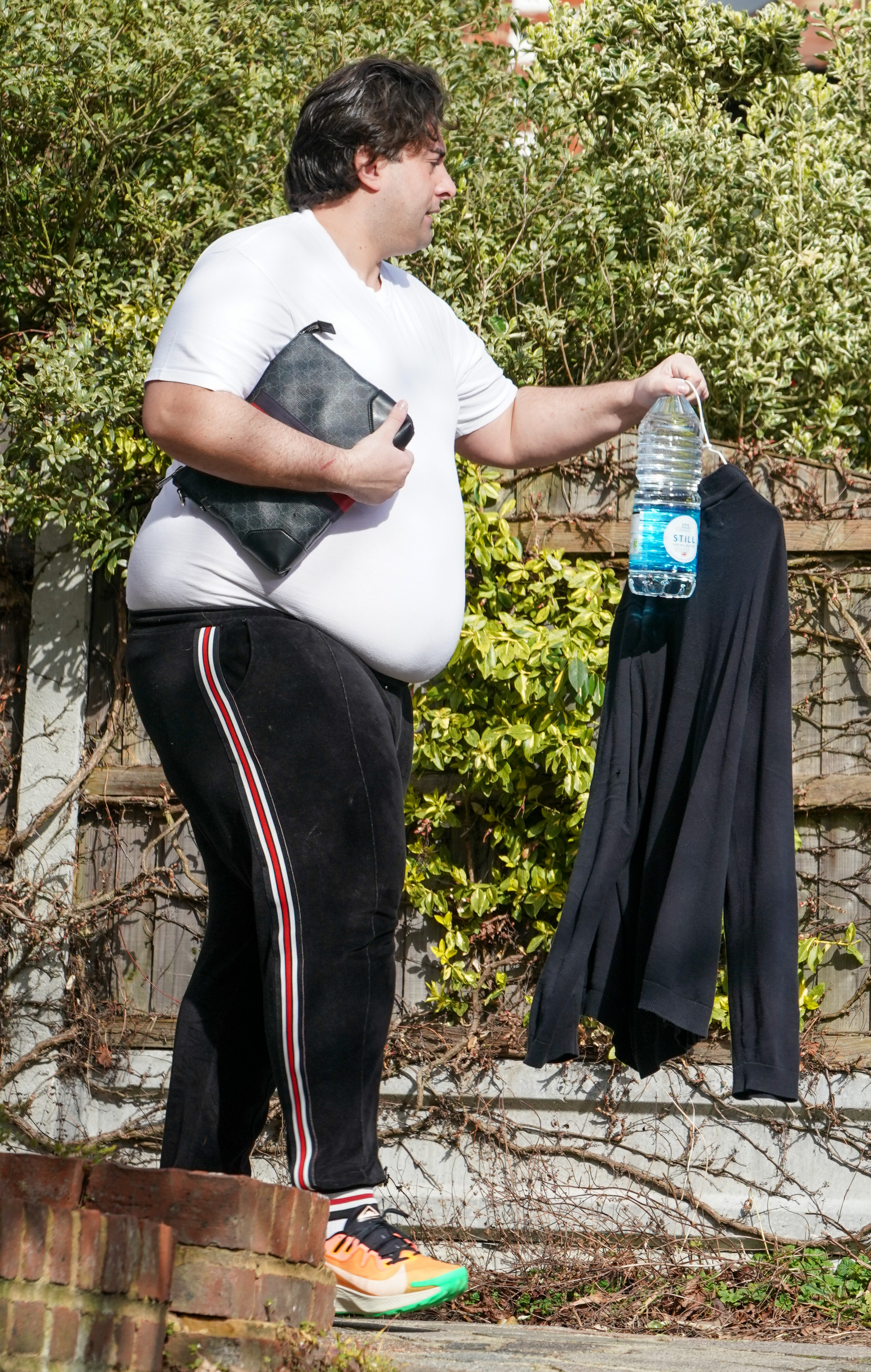 Arg told The Sun: “I don’t want to die. An op is the only way I can lose weight.

“I see pictures of myself and it’s too upsetting. The other day I had to ask my manager to put my shoes on for me because I just couldn’t do it — my belly is too big. I can’t do up my own shoe laces.”

He added: “I don’t want to die, it’s as simple as that. I’ve been told by doctors that I am morbidly obese and need to lose weight, but I have an eating disorder, so I can’t do it.

“I’ll either starve and work out three times a day and be really skinny, or do no exercise and eat takeaways every day.

"I can’t maintain my weight — I need help.

“Nobody is trying to stop me from having an op. Everyone knows it’s the only way I can lose weight.”

Earlier this month pleaded with his fans to not "suffer alone" in an emotional tribute to his sober sponsor at a rehab facility that "saved his life".

The TV star previously told how he suffered two near fatal overdoses on cocaine – leaving his on-off girlfriend Gemma Collins to save his life on both occasions.