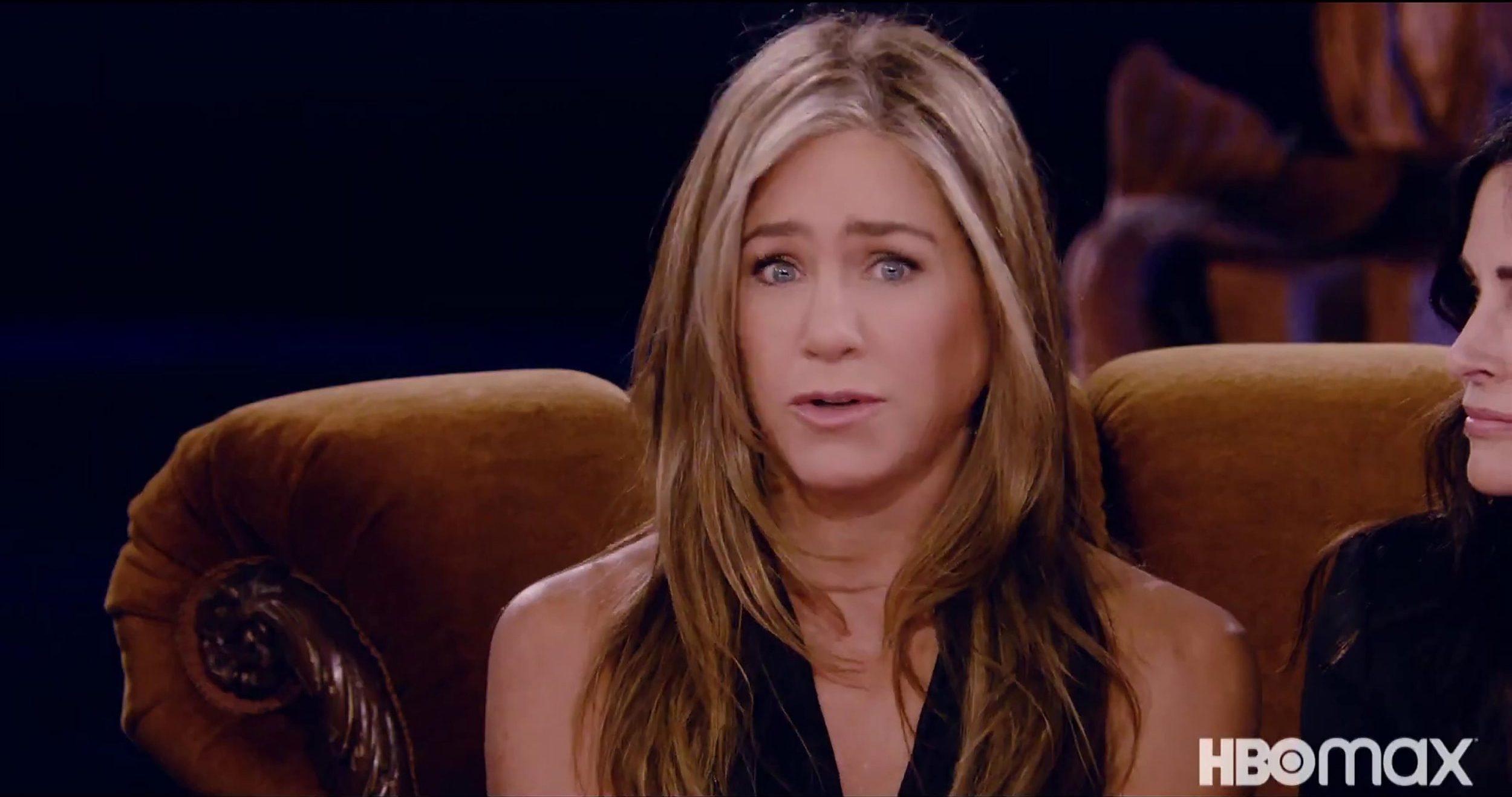 While the Friends reunion went smoothly in front of the cameras, behind the scenes it wasn’t all peachy for Jennifer Aniston and the rest of the cast.

The star recently opened up about how walking back on the set of the iconic show with her former colleagues brought back both good and bad memories of the start of her career.

In a chat with the New York Times, Jennifer recounted how both herself and her co-stars ‘had such blissful ignorance going into the reunion’.

‘But it was a sucker punch to the heart. It turns out that it’s not so easy to time travel.’

Looking back to when their journey on Friends ended in 2004, Jen was reminded of how she and her castmates ‘were all bright-eyed and bushy-tailed, looking toward the future’.

‘But there was a lot to come for everyone,’ she continued. ‘Hard truths and changes and loss and babies and marriages and divorces and miscarriages.

‘One of the real emotional things for me was the realisation was that times were so much simpler then. For one thing, we didn’t have social media the way we have now.’

In Jennifer’s own personal life, when Friends wrapped she was still married to Brad Pitt, from who she split in 2005.

A decade later she married Justin Theroux after they started dating in 2011 but in 2017 they announced their separation.

The star also admitted during the reunion that she had a major crush on her co-star David, who played her character Rachel’s love interest, Ross.

‘The first season I had a major crush on Jen and at some point, we were both crushing on each other,’ explained David. ‘But it was like two ships passing because one of us was always in a relationship and we never crossed that boundary. We always respected that.’

Jennifer jumped in and confirmed: ‘I remember saying to David, “it’s going to be such a bummer if the first time you and I actually is going to be on national television.” Sure enough first time we kissed was in that coffee shop.’

As for her career, after the end of Friends, she famously starred in Marley & Me opposite Owen Wilson as well in the rom-coms He’s Just Not That Into You and The Switch.

For her 2014 drama Cake, she was also nominated for a Golden Globe for Best Actress in a Motion Picture.

She made her return to TV in 2019 with the Apple TV+ show The Morning Show alongside Reese Witherspoon for which has garnered her a slew of awards nominations and wins.

The Friends Reunion is available to stream on NOW.