KATE Lawler has shared the first photos of her baby daughter, revealing that the newborn was rushed to intensive care with "breathing issues" shortly after her birth.

The 40-year-old star's fiancé Martin announced their bundle of joy's arrival earlier today, but said that there were some "complications" in Kate's labour. 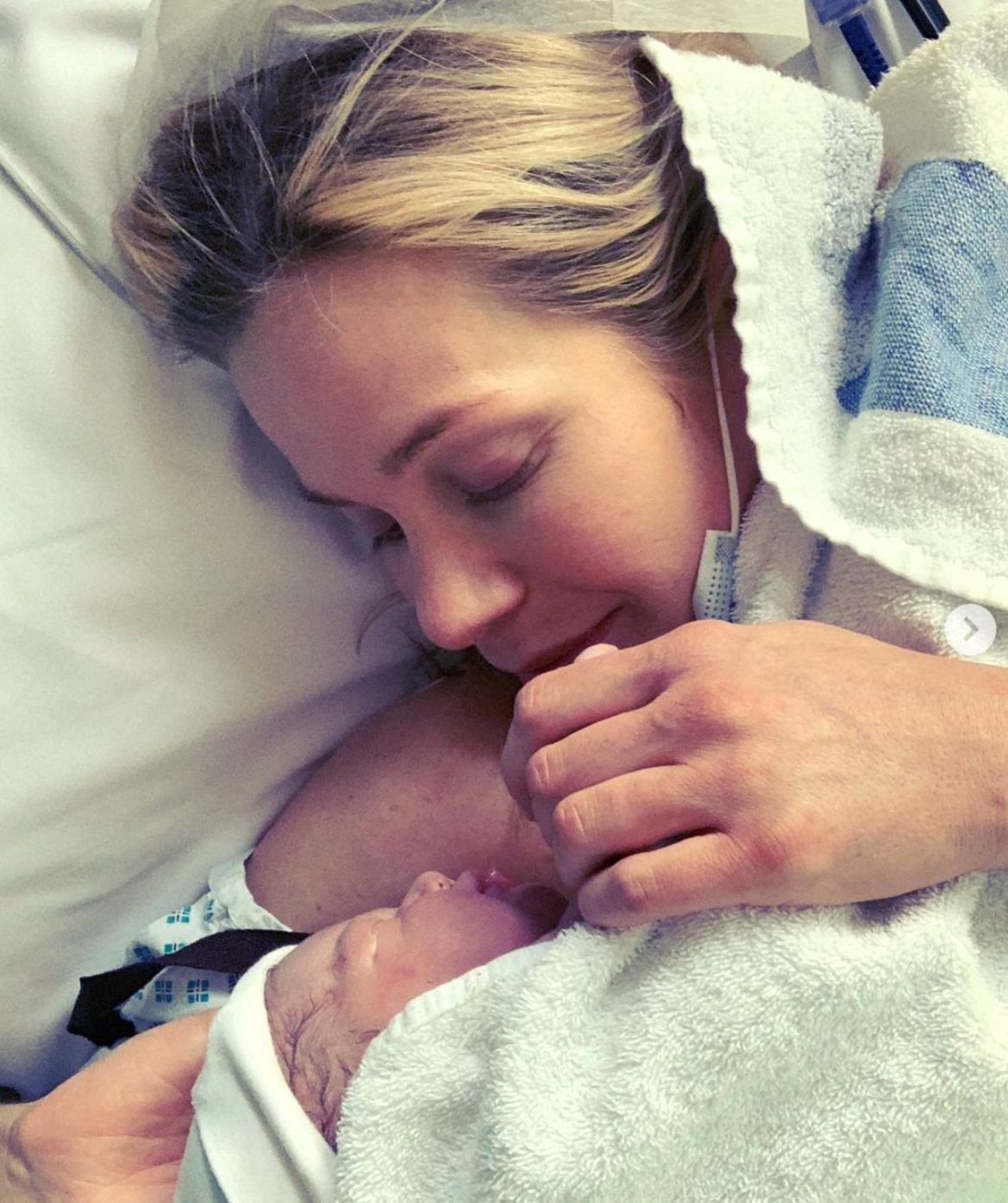 The former Big Brother champ has now shared some more details from the experience, admitting that it had been an "overwhelming" two days.

Alongside a series of sweet photos of herself with her little girl, Kate wrote: "After a wonderful, complication-free abdominal birth yesterday lunchtime thanks to the kind and caring NHS staff, our little girl was born on 11.02.2021 at 2:01pm. "

The DJ did not reveal the little one's name, but went on to open up about her health issues, which became apparent soon after she was born.

Kate wrote: "She was taken to the neonatal intensive care unit an hour later as she was having issues with her breathing, which isn’t uncommon in babies who are delivered abdominally as sometimes the fluid isn’t drained properly from their lungs. 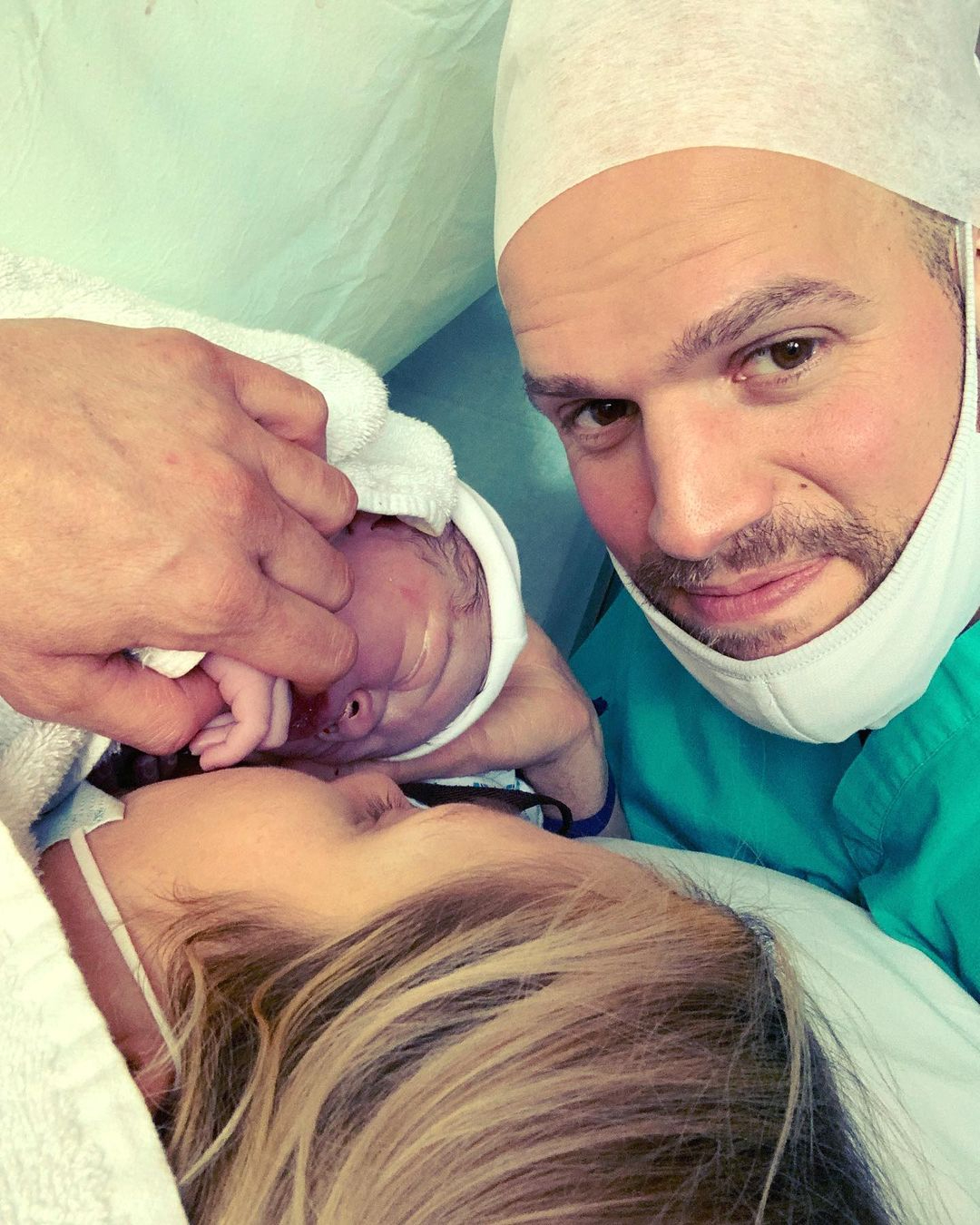 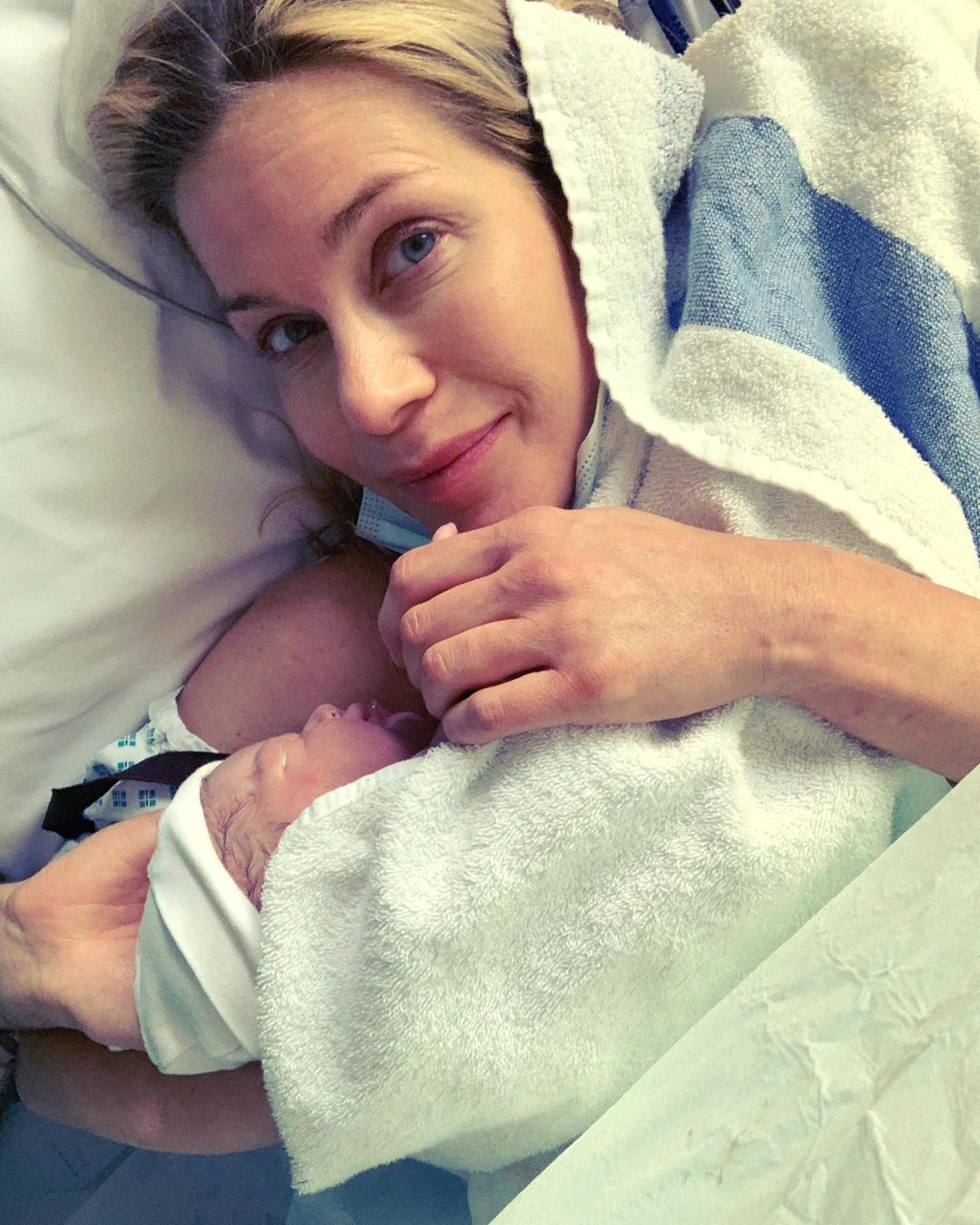 "We were informed it was either that or an infection, but from the most recent consultant update, it’s looking less like an infection which is great news. ⁣
⁣
"Thankfully our little lady improved quite quickly, coming off oxygen last night and onto assisted air. Meanwhile I tried to get up and out of bed around 10pm once the feeling was back in my legs, but I threw up (brilliennnnnt) so I had to go back to bed.

"But at 2:30am this morning I was finally mobilised, had my catheter out, had a wash, brushed my teeth and walked to the baby unit where I was able to hold my daughter skin on skin and she breastfed for two hours from 5:30-7:30 which was beautiful, very calming and she latched to both sides."

The bundle of joy still needs monitoring but the situation is looking up, with Kate explaining: "They tried taking her off the tubes at 8am this morning and her respiratory rate went up too high so although she’s still on the tubes, her check-up at 10am today was positive. 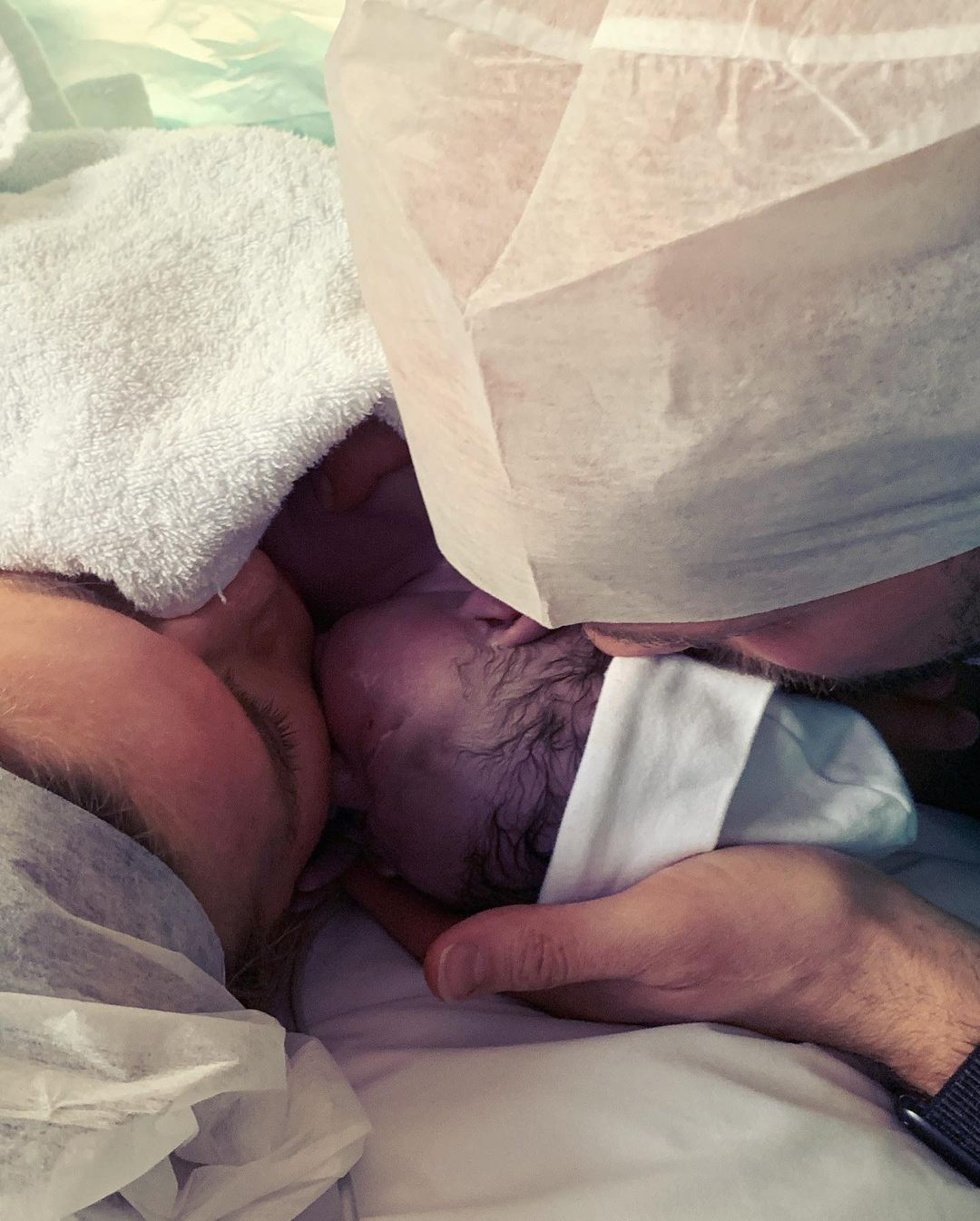 "She’s a healthy weight, everything else is perfect, there’s a murmur on her heart which they’re monitoring but again is very common in newborn babies and they’re going to see if she can breath unassisted again this evening. ⁣
⁣
"I’ve been in to visit her three times, thankfully Boj [Martin] has been as well and we’ve been told hopefully we can come home on Sunday, Monday at the latest. "

The new mum rounded off the post: "The last two days have been incredibly overwhelming, tiring and not what we expected but she’s here and in the best possible care. The outpouring of love from family and friends we’ve received has been staggering. ⁣
⁣
"Thank you so much for all the love, well wishes and kindness, and a special thank you to my darling fiancé who I couldn’t have got through these last two days without. I love you and I’m so lucky to have you. 💖 Xx" 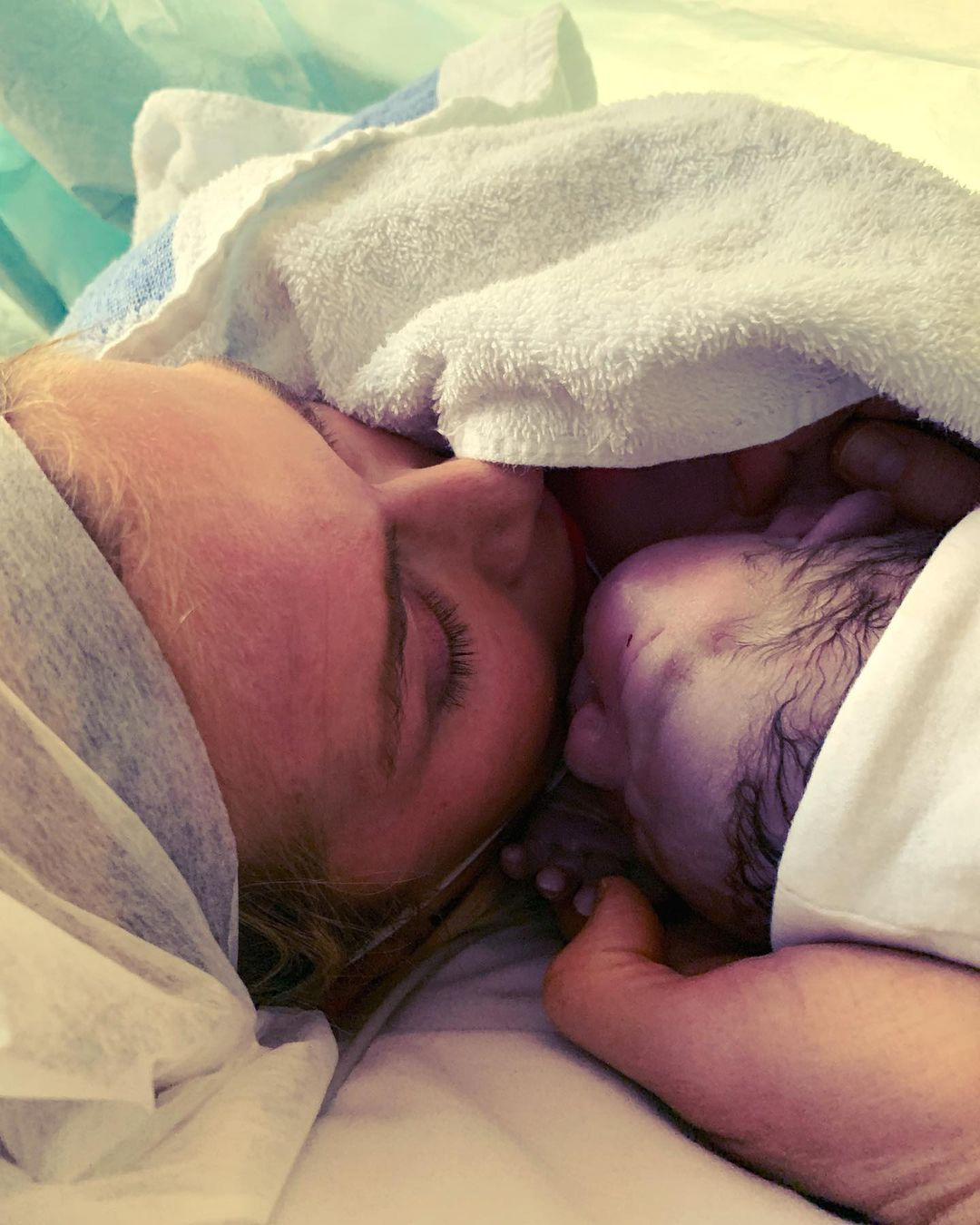 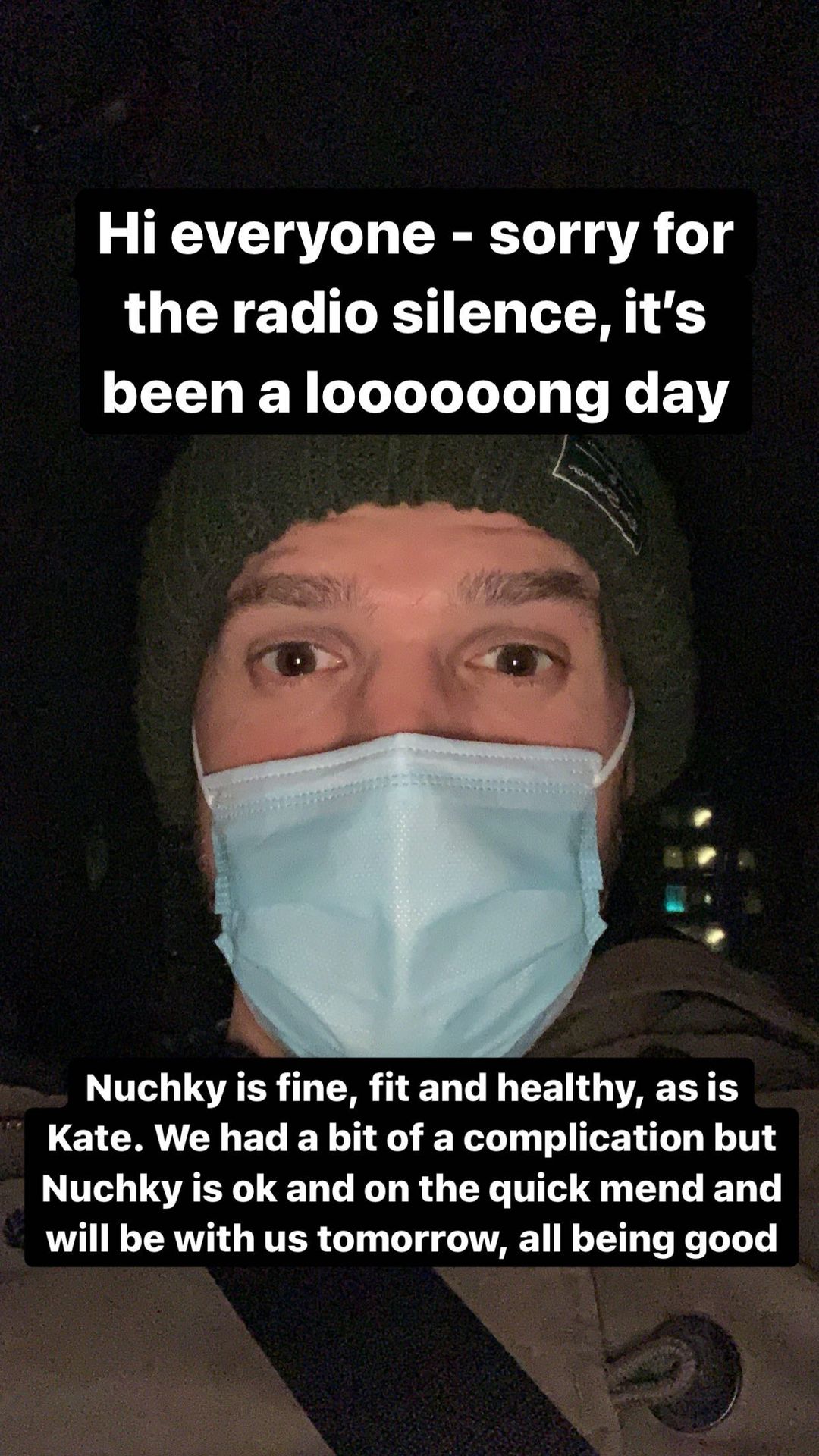 Announcing his daughter's birth, Martin had previously written on his own Instagram page: "Nuchky is gorgeous and has lots of hair which make me think Kate definitely has a hairy lover out there."

He apologised for going silent since Kate's waters broke yesterday, explaining that he was proud to become a new dad and his wife-to-be was "on the mend".

Martin added: "Nuchky is fine, fit and healthy, as is Kate. We had a bit of complication but Nuchky is ok and on the quick mend and will be with us tomorrow, all being good.

"Kate is absolutely pooped so I've left her to sleep and I'm going to try and get some shut eye myself. 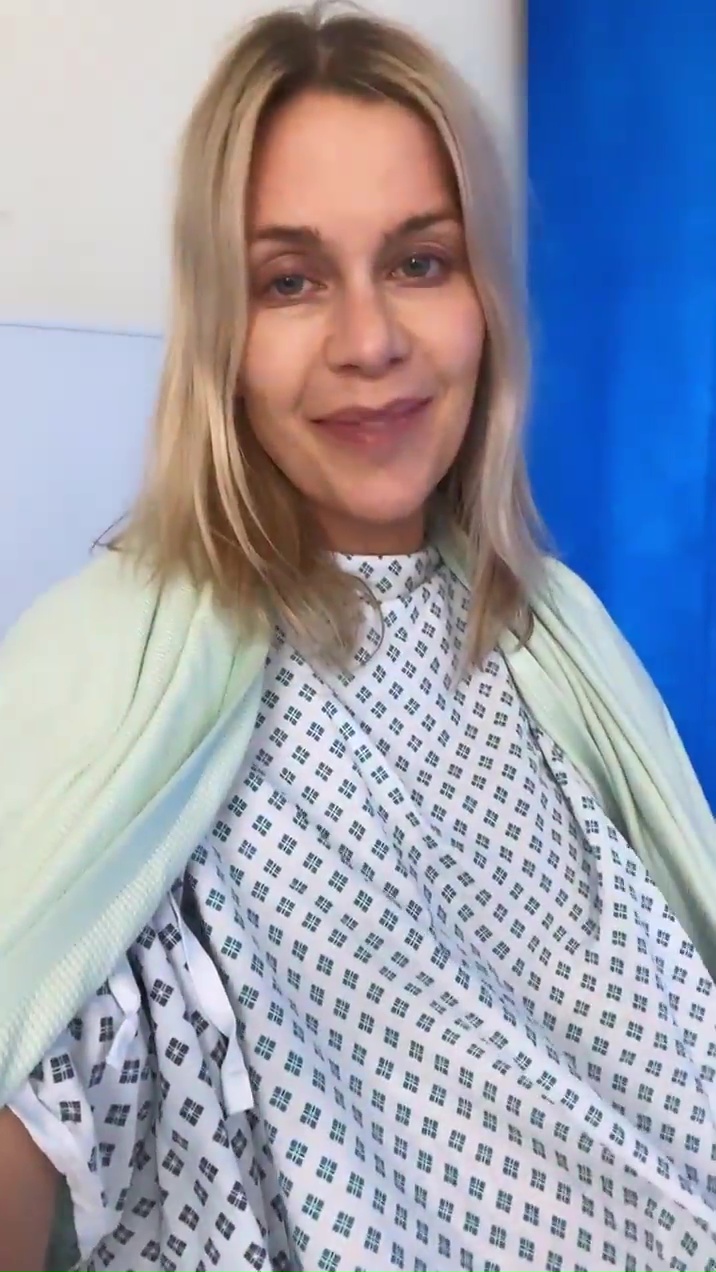 The former reality star went into labour almost two weeks early after her waters broke at 5.45am on Thursday morning.

Captioning a picture of herself on a ward wearing a face mask, Kate, 40, wrote: "Good morning all. My waters broke at 5.45am this morning.

"I’m in hospital 11 days before my due date and four days ahead of my planned birth but I guess little Nuchky is ready to meet us!

"I’ve been monitored, had bloods and Covid test and am now waiting to hear from the doctor."