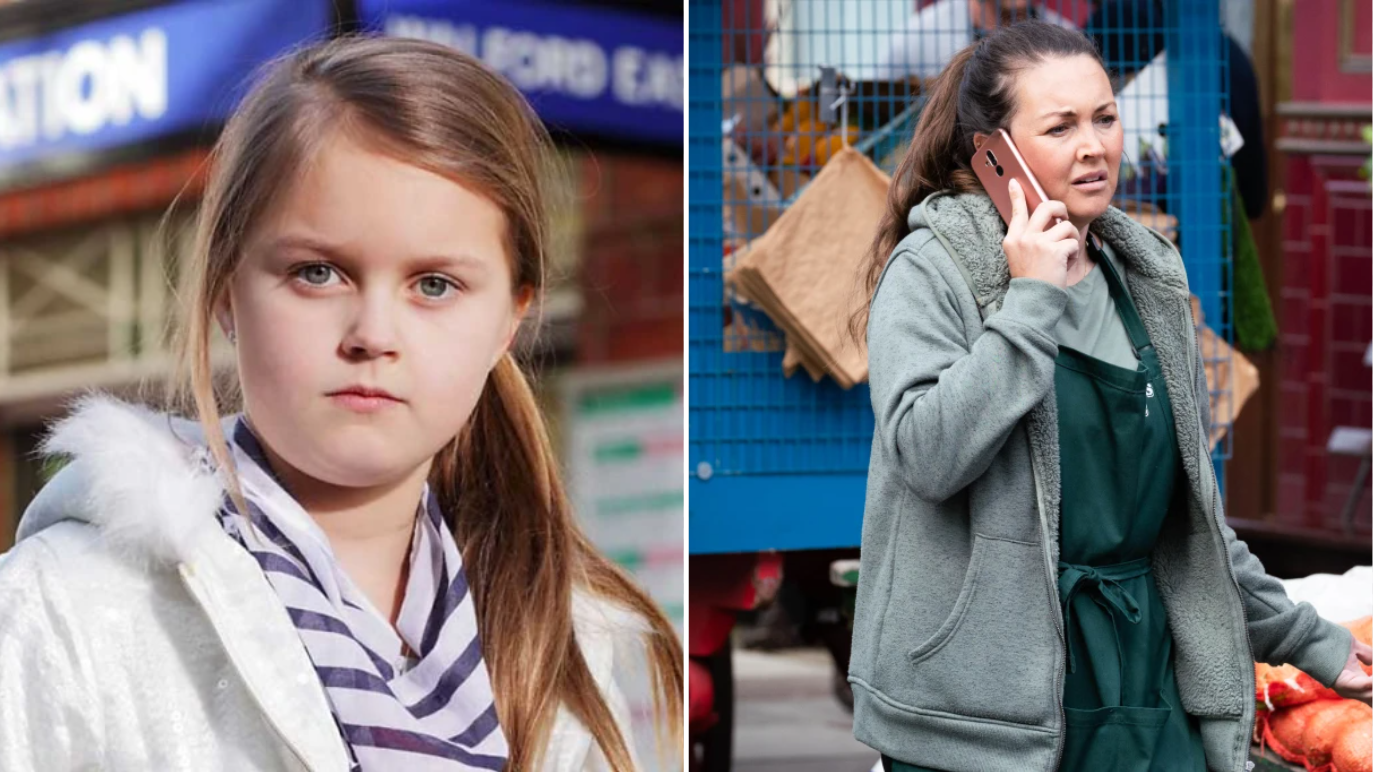 It’s a busy and fraught time for Stacey Slater (Lacey Turner) in EastEnders currently, as she deals with the shock pregnancy of her daughter Lily (Lillia Turner).

But for Lacey Turner, real life family matters are much more fun as she’s used her social media to promote the singing career of her talented younger sister, Lily Harvey. Lacey shared a video of 21 year old Lily singing a cover version of Ella Henderson’s song Yours on her Instagram story.

Lily has also appeared in EastEnders where she played the role of Shenice Quinn in 40 episodes from 2011 to 2012. Shenice was the daughter of Kat (Jessie Wallace)’s friend Martina Quinn (Tamara Wall). Martina had a drink problem and Kat and Alfie (Shane Richie) bonded with Shenice who had had a difficult life because of her mother’s behaviour.

While Lily is mainly focusing on her musical career, she’s still acting and will be appearing alongside former EastEnders stars Michelle Ryan (who played Zoe Slater from 2000 to 2005) and Kierston Wareing (who played Kirsty Branning) in the forthcoming drama Dragged Up Dirty.

Meanwhile big sister Lacey last year scooped the All Time Soap Icon award at the Inside Soap Awards as her EastEnders career goes from strength to strength. ‘It just seems mad that my name is attached to an award that says icon,’ she said on the red carpet after receiving the award.

Currently Stacey is in the middle of a difficult and emotional storyline after discovering that her 12 year old daughter is pregnant. Lacey admitted that this scenario is particularly hard for the normally tough Stacey to deal with.

‘I feel like Stacey knows what to do in most situations, she’s such a tough cookie, but how does any parent deal with this? Every parent would deal with this in a completely different way,’ she said.

At the same time it was a chance for Lillia Turner, who plays her daughter, to really show off her acting skills.

‘Lillia is such a great little actress – there’s something about her that is so warm and so natural, and her instincts are just bang-on,’ Lacey said. ‘She’s been so desperate for a storyline of her own for so many years, so to see her have one is lovely. To watch her absolutely nail it has just been brilliant.’

Despite having the same surname, Lillia Turner isn’t related to Lacey in real life.