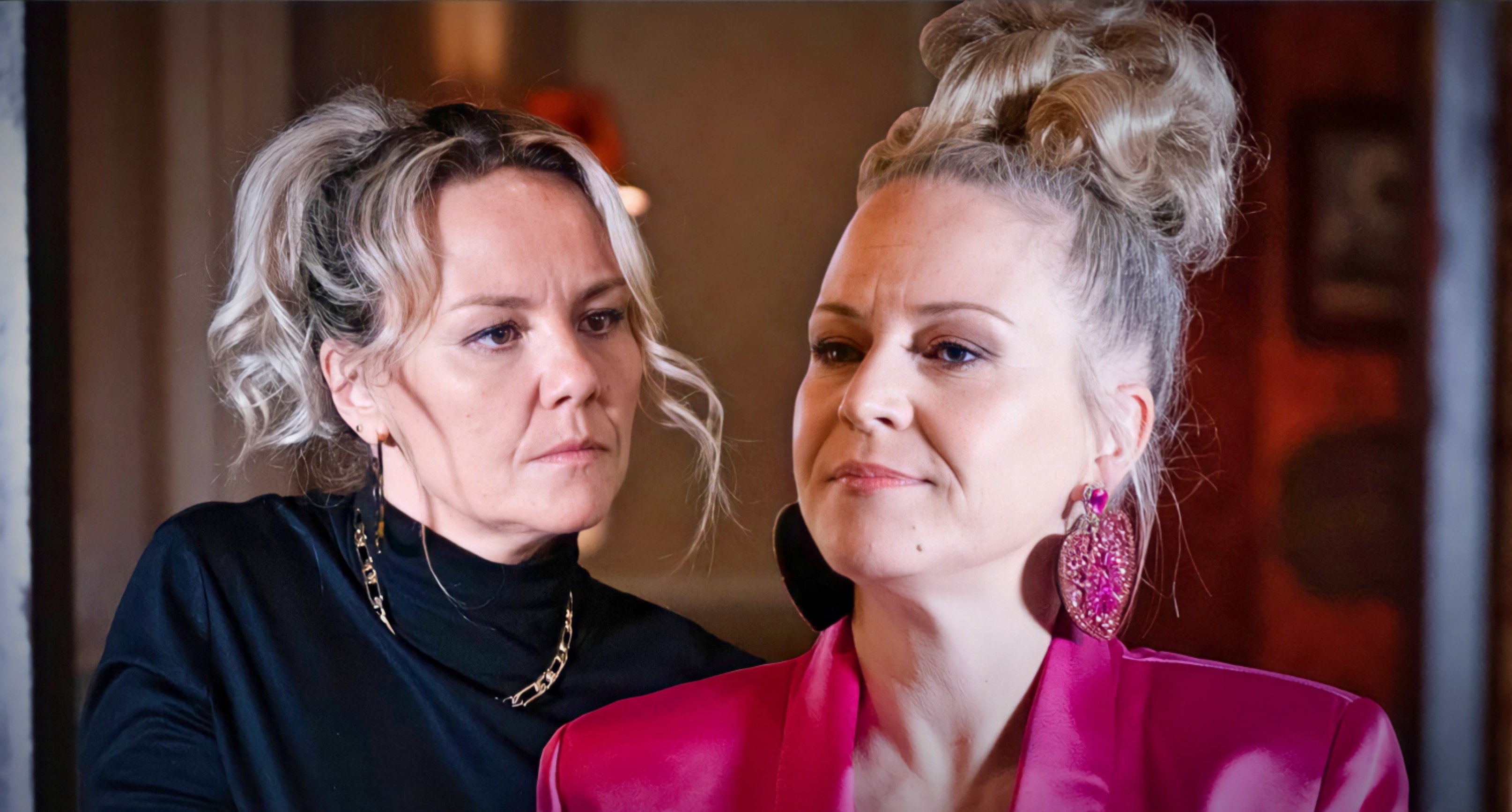 In a show that is currently tacking male rape and post natal depression, a balance is needed with some classic soap campness – and the war between EastEnders titans Linda Carter and Janine Butcher is providing just that.

Kellie Bright and Charlie Brooks have been able to perfect their scowls and smirks and deliver barbed quips and insults to one another and it’s been glorious to watch.

We approve of Janine having a more human dimension but, admit it, we all love her at her bitchy best.

Linda has been holding her own against her nemesis though and the feud is proper EastEnders.

Kellie couldn’t be happier about this, explaining, ‘Linda has heard things about Janine but doesn’t really know her or who she’s dealing with.

‘When she takes the money she actually intends to go, then it’s the reality of walking away from her family – she’d have to leave Ollie and Nancy behind, she can’t say anything about where she’s going – that hits her and she thinks I can’t do that, and actually why should I?’

The face on Janine when Linda stood behind that Queen Vic bar and coolly exclaimed that she was going nowhere was gloriously camp and fans loved it – almost as much as Kellie did.

‘It’s a fantastic scene and when I read it I thought “I love this, it’s so old school EastEnders!”‘ the actress grinned.

‘She’s suddenly there behind the bar and Janine thinks “what the hell are you doing here, you’re supposed to be gone!”

‘Linda’s not going anywhere, what are you talking about? She denies any knowledge of the money.’

And Linda is more than a match for Janine, insists the star.

‘She’s pink and fluffy but a strong centre. She’ll go to places others might not, she seduced Stuart to try and get Mick out of prison, she’s not a wallflower and she’s ruthless when she needs to be.

‘She’s ready to fight and Janine won’t just roll over, no way!’

The feud is going to be central to the show over coming months and, while the outcome is shrouded in secrecy, it will be life changing for the Carters as Mick (Danny Dyer) will be bowing out.

It seems like, while Janine and Linda fight to get to the top, neither are going to win the heart of the in-demand Mick.

Could a cat fight result?

We deserve nothing less!