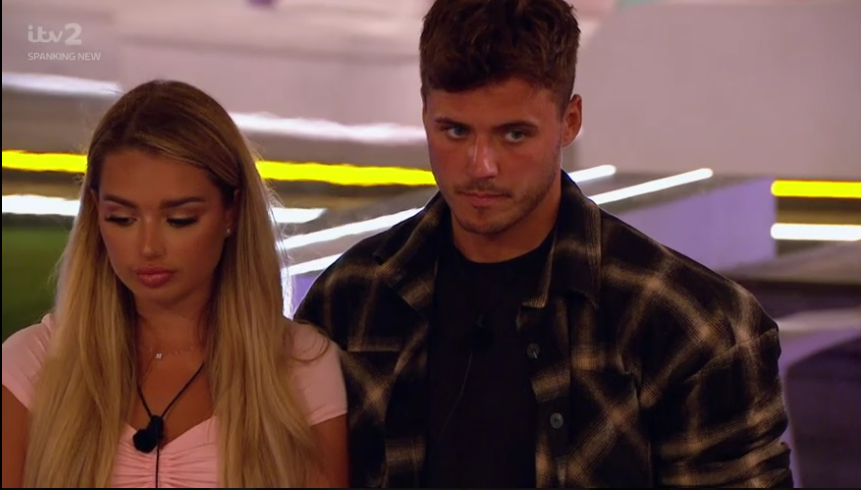 Love Island 2021 has left viewers with yet another explosive cliffhanger and a new shocking twist after the public vote as Lucinda Strafford and Brad McClelland will decide which one of them leaves the villa.

With all islanders asked to gather round the firepit, they were told that the public had been voting to save the most compatible couples.

Lucinda and Brad were then voted the least compatible.

While in past series, the couple with the lowest number of votes would have been dumped together, things have changed up this year with a big twist.

It was revealed that the couple who the public had chosen will decide between them who goes home, meaning either Brad or Lucinda will leave.

Fans were shocked at the reveal, with one writing: ‘Now that is a TWIST OMDS well done producers xx’.

ð² Brad and Lucinda have been voted the least compatible #LoveIsland pic.twitter.com/cXvCGbnbHO

‘Love Island are cheeky, they knew they had the fewest votes and still sent them on a date to romance,’ another added.

One more said: ‘And here it is.. the moment we’ve all been waiting for.’

Others were reminded of Theo Campbell’s time in the Love Island villa in series three, when Jonny Mitchell, who was coupled up with Tyla Carr, was dumped from the villa.

‘I think if Tyla really liked him she should go as well really,’ he declared.

As for whether it will be a recreation of that moment in this series, only time will tell.

Elsewhere in the episode, Lucinda and Brad were sent on a romantic date as they chatted through their newfound romance, while things got steamy between Millie and Liam as they enjoyed a night in the Hideaway.