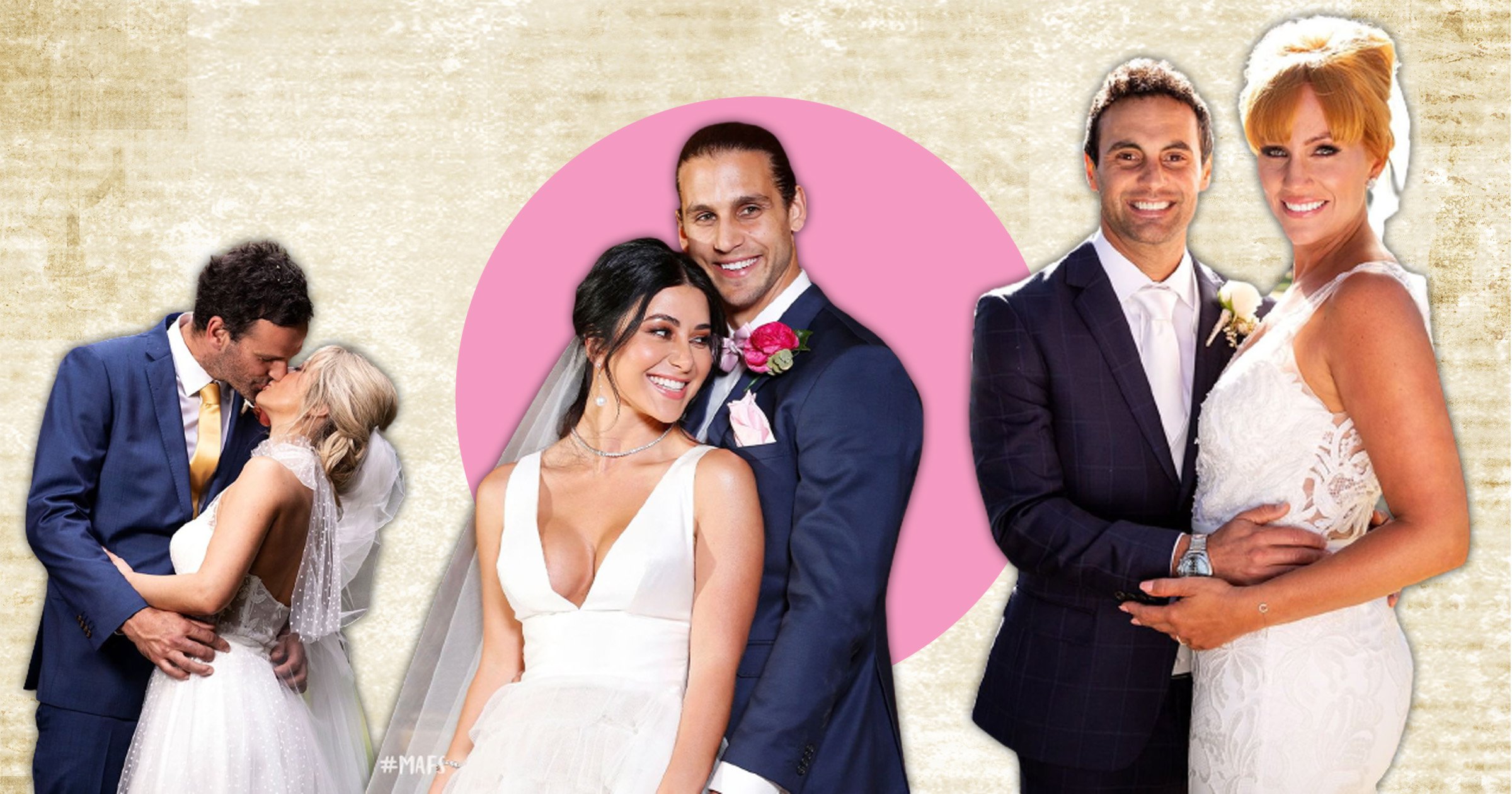 There is no denying that Married At First Sight Australia has been the saviour of this current lockdown, with season six playing out on our screens every weeknight on E4.

The series sees singletons head down the aisle to wed someone they’ve never met – with the couples then put through challenges to see whether they’ll last the course.

Despite all of the doom and gloom we’ve been faced with during the pandemic, the drama of the dating show – which initially aired down under in 2019 – has been the perfect antidote.

MAFS stars Ines Basic and Sam Ball stole the show with their secret affair, while Jessika Power and Susie Bradley’s antics have had us screaming at our TVs

However, with the premise as wild as it is, we decided to do some digging on whether the marriages are actually legit.

A rep for the show was questioned about the legal side of the show, and spilled the beans to Now To Love.

‘In order to comply with the Australian Marriage Act (1961) which requires one month and one day notification, a marriage in law was not conducted,’ they said.

‘Each participant embarked on a commitment ceremony with a wedding celebrant with all due intention to commit fully to this union for the duration of the experiment.

‘At the end of the experiment, they are given the option to continue with the relationship or go their separate ways.’

We have so many questions about this development – Do they have to sign a non-wedding pre-nup? if the ceremonies aren’t legally binding, what are they? Does this mean they have to have a second wedding if they want to stay together? When does this make their anniversary?

The news comes after Sam opened up about his time on the experiment, which was filmed in 2018.

The star made headlines as he embarked on an affair with Ines, even though they were married to Elizabeth and Bronson respectively.

Lifting the lid on his experience on his Instagram story, Sam insisted that the producers were behind the scandal, and that he just went along with it.

‘They pulled me into a dark room, a black room, and asked me to do the Ines thing. They set that up,’ he said. ‘They made Ines DM me on the phone, that was all staged.

‘I throw her on the bed on that date night, not even five seconds later, the producers come in and de-mic you.

Sam confessed that he was ‘asked’ to go along with the story, and wasn’t that fussed about what he looked like, seeing his appearance simply as an acting job.

We’re not sure if we can take much more drama…

Metro.co.uk has contacted a rep for Nine for a comment.