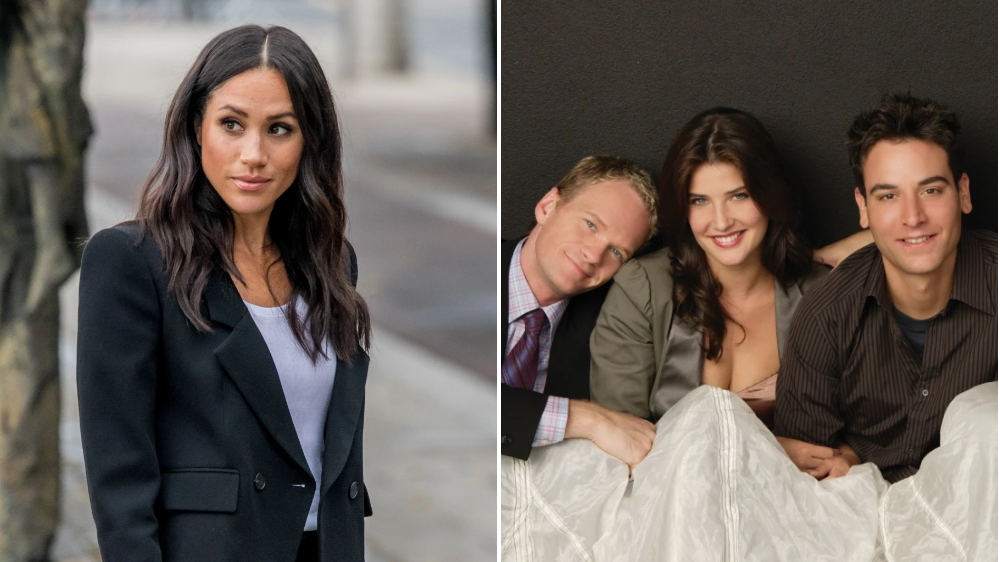 Meghan Markle has ripped into TV shows including How I Met Your Mother for pushing the ‘crazy’ woman narrative.

The 41-year-old spoke about how she and others had been branded ‘hysterical’ in the past as a means to diminish their credibility in the latest episode of her podcast Archetypes.

The former Suits star talked to Indian actress Deepika Padukone, American comedian Jenny Slate and American actress Constance Wu about how they had been labelled ‘crazy’ to ‘minimise’ their problems.

Addressing her listeners at the start of The Decoding of Crazy, Meghan said: ‘Raise your hand if you’ve ever been called crazy or hysterical or what about nuts? Insane out of your mind, completely irrational, okay? You get the point.’

The Duchess then continues: ‘Now, if we were all in the same room and could see each other, I think it would be pretty easy to see. Just how many of us have our hands up? By the way, me too. And it’s no wonder when you consider just how prevalent these labels are in our culture.’

Meghan then plays a series of quotes from TV programmes, including sitcoms How I Met Your Mother and Scrubs, in which the characters discuss ‘crazy’ women.

One clip played from HIMYM sees Barney Stinson (Neil Patrick Harris) say: ‘If she’s this crazy, she has to be this hot,’ while a segment from Scrubs is a quote from female character Elliot Reid (Sarah Chalke).

Elliot exclaims: ‘I can’t take it, Carla! I cannot hide the crazy a minute longer! I’m just this big mountain of cuckoo about to erupt and spew molten crazy, all over him and he’s gonna die like this.’

Meghan continues: ‘Calling someone crazy or hysterical completely dismisses their experience and minimises what they’re feeling.

‘It keeps going to the point where anyone who’s been labelled it enough times can be gaslit into thinking that they’re actually unwell or sometimes worse, to the point where real issues of all kinds get ignored. Well that’s not happening today.’

How I Met Your Mother starred Josh Radnor, Neil Patrick Harris, Cobie Smulders, Alyson Hannigan and Jason Segel as central character Ted Mosby (Josh) recounts to his children about how he met their mum.

Created by Craig Thomas and Carter Bays, the show ran from 2005 and 2014 and culminated with the unveiling of the mother, who was played by Cristin Miloti.

Meanwhile, Scrubs followed the antics of medics in a hospital and starred Zach Braff and Donald Faison. It ran from 2001 until 2010.