In 2014, Miles Teller made a name for himself in Hollywood as an obsessed jazz drummer in the film Whiplash and the ill-tempered antagonist in Divergent. During the COVID-19 pandemic, actors faced scarce workloads like many other professions. Now, Teller is back and better than ever. He’s coming off the success of Tom Cruise‘s summer blockbuster Top Gun: Maverick.

The 35-year-old also stars in a recently released Netflix thriller, which reunites him with Top Gun: Maverick director Joseph Kosinski. Here’s what you need to know about Spiderhead and Teller’s relationship with Kosinski.

‘Spiderhead’ is a psychological thriller on Netflix 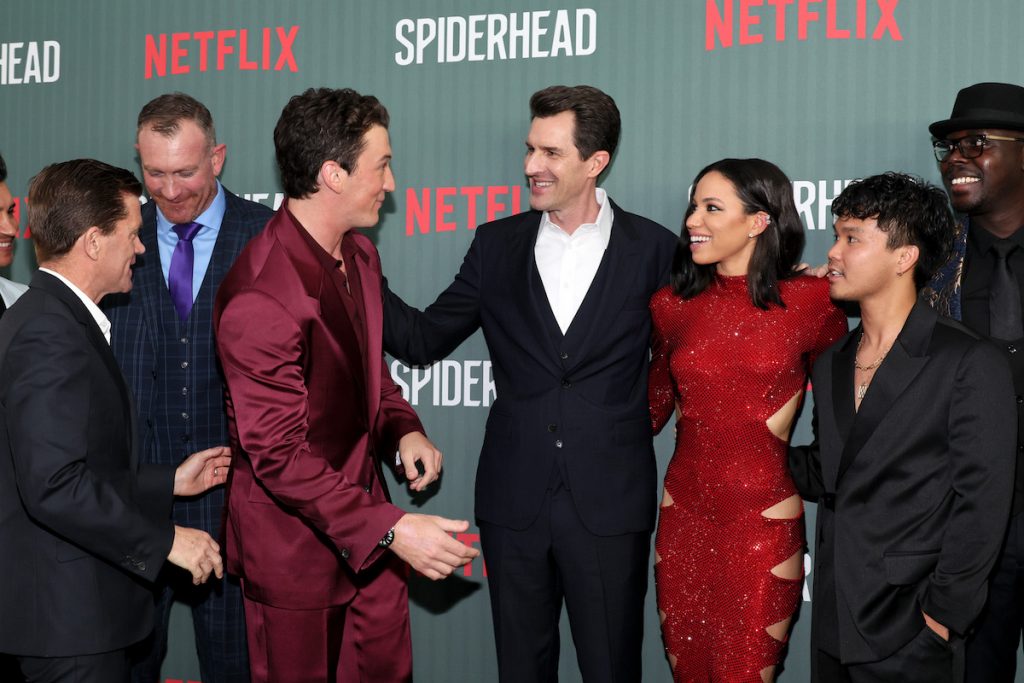 The tense action thriller pushes boundaries, despite several attempts at humor, as the prisoners reckon with their past crimes.

Critics are unimpressed with the film thus far. Rotten Tomatoes gives it a 40% audience score as of publication. It reports, “Spiderhead’s top-shelf cast and well-written source material are almost enough to compensate for its frequent failure to live up to its potential.”

‘Spiderhead’ is the third collaboration between Miles Teller and JosephKosinski

According to Variety, Spiderhead is Kosinski’s fifth film as director. In 2010, he made his directorial debut, working with Hemsworth in Tron: Legacy. The new Netflix thriller is the director’s third collaboration with Teller. In 2017, they worked for the first time together on Only the Brave. This action-packed film focuses on the brotherhood of a close-knit group of firefighters.

They joined forces again in 2022 for Top Gun: Maverick. The movie, which faced several delays due to the pandemic, premiered just three weeks before Spiderhead.

Miles Teller is a superhero at heart

Both Hemsworth and Teller have appeared in superhero films based on Marvel Comics. Hemsworth is best known for his role as Thor in the Marvel Cinematic Universe. Teller played Reed Richards/Mr. Fantastic in Fantastic Four.

The Allegiant actor told Comic Book that he is open to returning to the franchise to reprise his superhero role. He claimed, “I think at the end of the day, you’re just looking for a well-written character that hopefully you think touches on some things that you could do, and you could bring it to life.”

Teller also noted that Marvel has “Some of the most particular fans in the world, but if you can satisfy that crowd and you can have fun doing it, then I mean, that’s great.”

Even Smollett has taken a swing at being a superhero, playing Black Canary in the 2020 DCEU film Birds of Prey.