Highlights from day six of Wimbledon

@fpl_pie commented: “This centre court nonsense on BBC1 might be the most nauseating thing I’ve ever seen, and I’ve had it on mute since Cliff Richard started singing #Wimbledon.”

@lPolemikos added: “aw Cliff Richard trending and put on the BBC expecting to see a helicopter flying above his house. Instead, I was “treated” to seeing him sing at Wimbledon.”

@MarcherMedia1 exclaimed: “Can someone please put Cliff Richard out of his misery? #Wimbledon.” 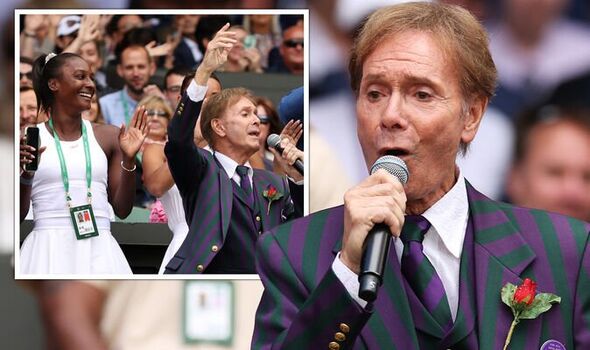 However, not all viewers had the same opinion on Cliff’s performance, with @WhosThatGav praising: “Oh leave Cliff Richard alone you miserable sods. Like him or not, he’s a legend. #Wimbledon.” (sic)