Fans of the NBC medical drama series love the refreshing and heartwarming premise, but it’s the budding romance between Helen Sharpe (played by Freema Agyeman) and her boss Max Goodwin (Ryan Eggold) that keeps bringing fans back for more. Showrunner David Schulner has recently teased fans even more about their relationship after an incredible season three finale.

Throughout the series, Max and Helen have continually been noted for their intense on-screen chemistry and fans are loving the will-they-won’t-they element of the show.

Max was previously married and has a baby daughter; though, sadly, his wife died in an ambulance accident shortly after giving birth.

After joining America’s oldest hospital as the newest medical director, Max and Helen initially butted heads over his plans to reform the neglected areas of the revolutionary hospital.

However, the two became great friends and Helen was a major source of comfort after his wife passed, and their feelings for each other have been growing ever since. 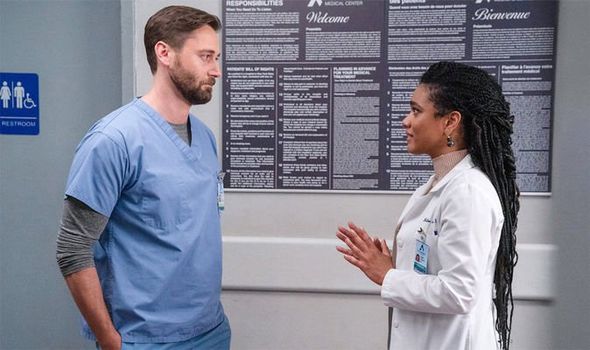 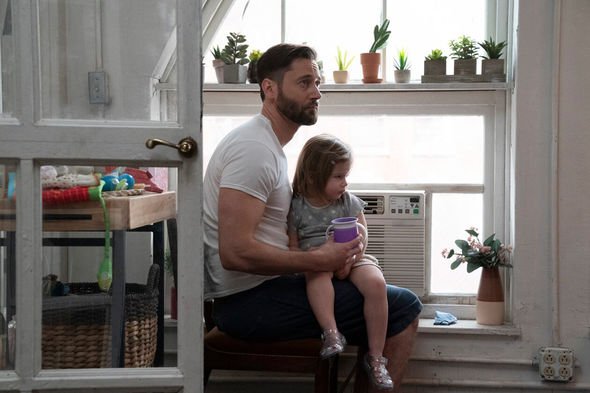 Fans were shocked and beyond ecstatic when Helen left a voicemail for Max in the season three finale where she confessed her feelings for him.

She said in the emotional voicemail: “I miss you. I can’t get you out of my head. It’s very distracting.

“We said things to each other that were just the beginning, and we never quite…” she continued.

“Anyway, now you’re gone, and it just feels like it’s been forever. And I need to see you. I need to talk to you.” 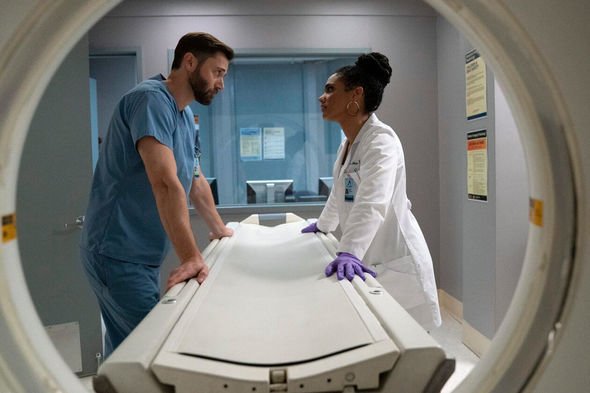 “I need to be with you in all the ways that I’ve been dreaming of,” Helen concluded.

The cast, as well as the fans, couldn’t believe that Helen had finally taken the first step in her relationship with Max.

Star Eggold was also surprised but “glad to hear it” and happy the two will now finally “cross that territory”.

Showrunner Schulner teased fans further by saying that they wanted to take a few years to knock down “all the obstacles between Max and Sharpe”.

Though, now the two will potentially be together in season four, Schulner promised: “Fans will get everything you want from Max and Sharpe, and a whole lot more.

“It is on. And there is no turning back.”

Eggold had previously teased the potential romance between Max and Helen at the beginning of season three, telling TV Insider: “That story comes finally to a head this year.”

Max and Helen’s chemistry has long-been a topic of discussion amongst New Amsterdam’s audience, with many wondering how long it will be until they are together.

The two had previously kissed but both doctors failed to act on their feelings.

Season 3 of New Amsterdam is available to watch on NBC in the US.