Monday’s BBC Breakfast saw actor Iain De Caestecker and writer Nick Leather join Sally Nugent and Nina Warhurst to discuss the gripping upcoming drama, The Control Room. As Iain rested his foot against the studio’s table, Sally scolded him and said he’s the “only one” she has seen being “allowed” to do so.

As the 34-year-old Scottish actor explained getting into the role, Sally changed the subject.

“I have to say, Iain, you are without doubt the first person on this programme I’ve seen who’s been allowed to put their foot on the desk,” she pointed out.

“Sorry, I know I’m sorry!” he replied, briefly putting his hands to his face,

“It’s nice that you feel at home!” Nina laughed as the actor seemed mortified. 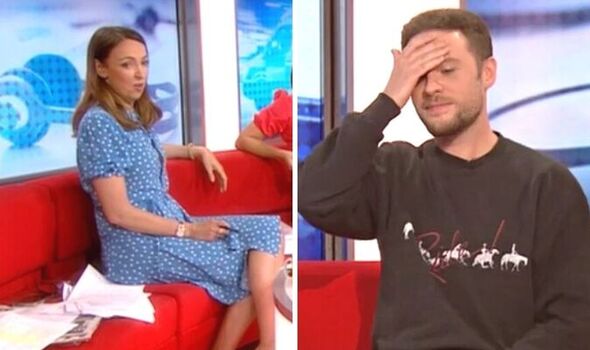 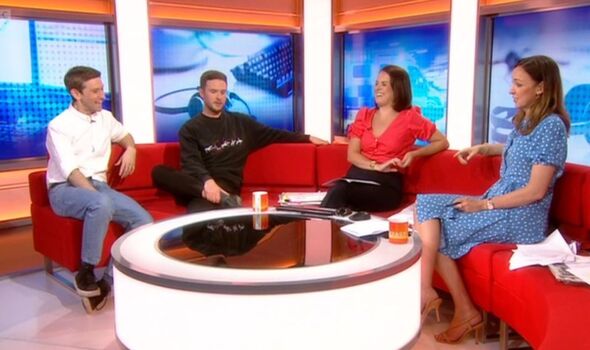 “I love it,” Sally continued as Iain joked: “I was going to lie down at one point.”

“I love that you feel so relaxed,” Sally added.

“It’s too early in the morning,” Iain explained as Nina asked: “Shall we get you a little rug? A blanket to put on?”

Iain has a role in the upcoming drama, The Control Room. The miniseries sees Iain playing an emergency call handler who faces a terrifying situation when a petrified caller seems to know who he is. 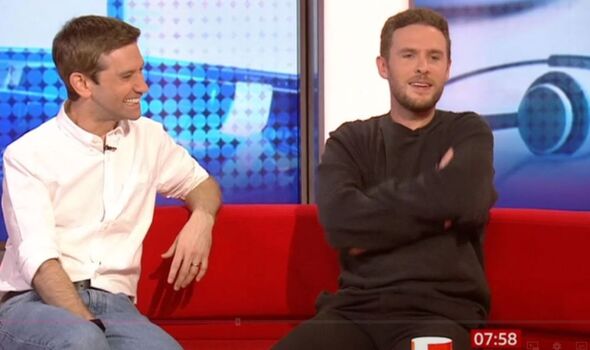 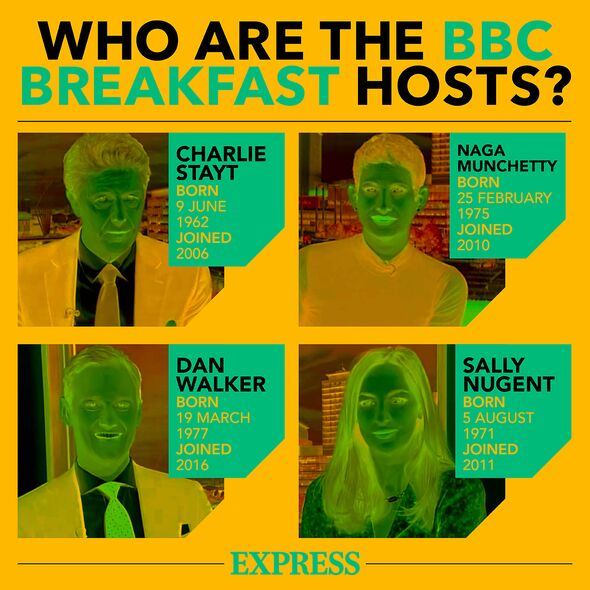 Talking about how he prepared for the role by visiting emergency control rooms, Iain explained: “I have to say I was a little bit ignorant, I didn’t really know much about it.

“But you can be humbled very quickly if you are listening to some real-life calls.

“What Nick does amazingly is he starts off with that scene, and it’s just relentless from then on.

“There’s no time to catch your breath. So yeah, if you’re a fan of thrillers this is for you.”

He added: “What he did is he wrote this really sympathetic, lovely, sensitive and very vulnerable character.

“And then he put him through hell. It’s very cruel, actually.”

“And Nick, you actually always had Iain in mind to play this role, is that right?” Sally asked.

“Really?” Iain asked as Sally added: “Did you not know that?”

“I actually found that out yesterday,” Iain answered, as Nick stated: “You heard the rumours.”

The writer continued: “In my first conversation with the director, Amy Neil, she to me, ‘Gabe, who’s the lead character, how do you picture Gabe, what do you actually see in your head?’

“I said, ‘I see sort of Iain De Caestecker, that actor, you know?'”

Iain commented it was “lovely to hear” Nick had had him in mind from the start.

BBC Breakfast airs weekdays from 6am on BBC One, while The Control Room starts on Sunday at 9pm.