“For anybody who’s on the downside of advantage and relying purely on courage… it’s possible.”

On that closing line of Russell Crowe’s 2001 Best Actor acceptance speech for “Gladiator,” I fell in love with the Oscars. I was also too sick to leave the house; at 14 years old, I was recovering from double pneumonia. It was the latest in a string of lung-related health issues that eventually led to a lupus diagnosis. When I heard these words from an actor I barely knew, it made me feel like I could be a part of Hollywood.

This year’s Oscars were critically lambasted and received record-low ratings, but retained their power to inspire dreams and make viewers feel like they’re part of the magic factory. (Look no further than this viral photo of a young girl cosplaying as Best Director and Best Picture winner Chloe Zhao.) That’s why, when 83-year-old Anthony Hopkins was denied his moment to give a Best Actor acceptance speech over Zoom — although his reps reportedly pleaded for such an allowance — it got under my skin. Similarly, “Ma Rainey’s Black Bottom” costume designer Ann Roth, who is 89, couldn’t make it to one of the Academy’s designated hubs; she also was denied a speech.

We all know why the Oscars said no to Zoom: The image quality isn’t great, the framing is weird, it’s not up to the standards of the movie-like presentation that the producers wanted. They chose exclusion over compromise, and in the process reinforced Hollywood’s shameful tendency to treat accessibility as more trouble than it’s worth. If our greatest living actor doesn’t make the cut, what chance do the rest of us have?

For many people with disabilities and chronic illnesses, the pandemic year brought some surprising advantages. “SXSW on Amazon, first-run VOD, even Zoom — it’s the fulfillment of what many disabled people long wanted, but were told was impossible,” my colleague Kristen Lopez wrote. My lupus is managed, but my lungs are still compromised; working from home has meant I haven’t gotten sick with a cold, and the attendant months-long bronchitis that invariably follows, in more than a year.

Online festivals and VOD accessibility will likely be part of our new normal, but when you need a little more accommodation than others the reality of exclusion remains. It’s the fear of asking for too much, being accused of laziness or entitlement, and being overlooked because it’s easier than dealing with an exception. Being sick meant I missed the prom and graduation; I won the Top Scholar award in absentia two years in a row, but I went unmentioned at the ceremony. (That summer, I received my diploma in the high school parking lot.) A decade later, my high school invited me back to give a speech to talk about my struggles, and I’ve felt part of that community ever since.

A side effect of chronic illness is long-term FOMO, which often means you’ll take the opportunity to pass as healthy. This column is my first public acknowledgment of my health issues. I’ve spent years in jobs where my employers would never have known I have a chronic illness. The ability to feign normalcy and to act as if everything’s okay can often mean overperforming and becoming a workaholic. If your illness becomes public knowledge, will people hire you? Will it become your defining characteristic? It’s so much easier to act like everything’s okay, until it isn’t.

Rather than be forced to deal with issues like these, all of which were outside his control, the late Chadwick Boseman chose to focus on what was within his grasp. Knowing that Hollywood makes little room for illness, he chose the Herculean task of hiding his terminal cancer diagnosis from everyone except immediate family. Disclosing colon cancer would have created massive insurance issues for his last movies, and a domino effect of anxieties in everyone from his agent to Kevin Feige to Ted Sarandos. A young actor like Boseman has to hide his illness in order to keep working; an elderly one like Hopkins has to put himself at risk in order to receive recognition. These are symptoms of an industry unable to deal with issues of health and mortality, and certainly not disability, a place where any deviation from the norm is unacceptable. 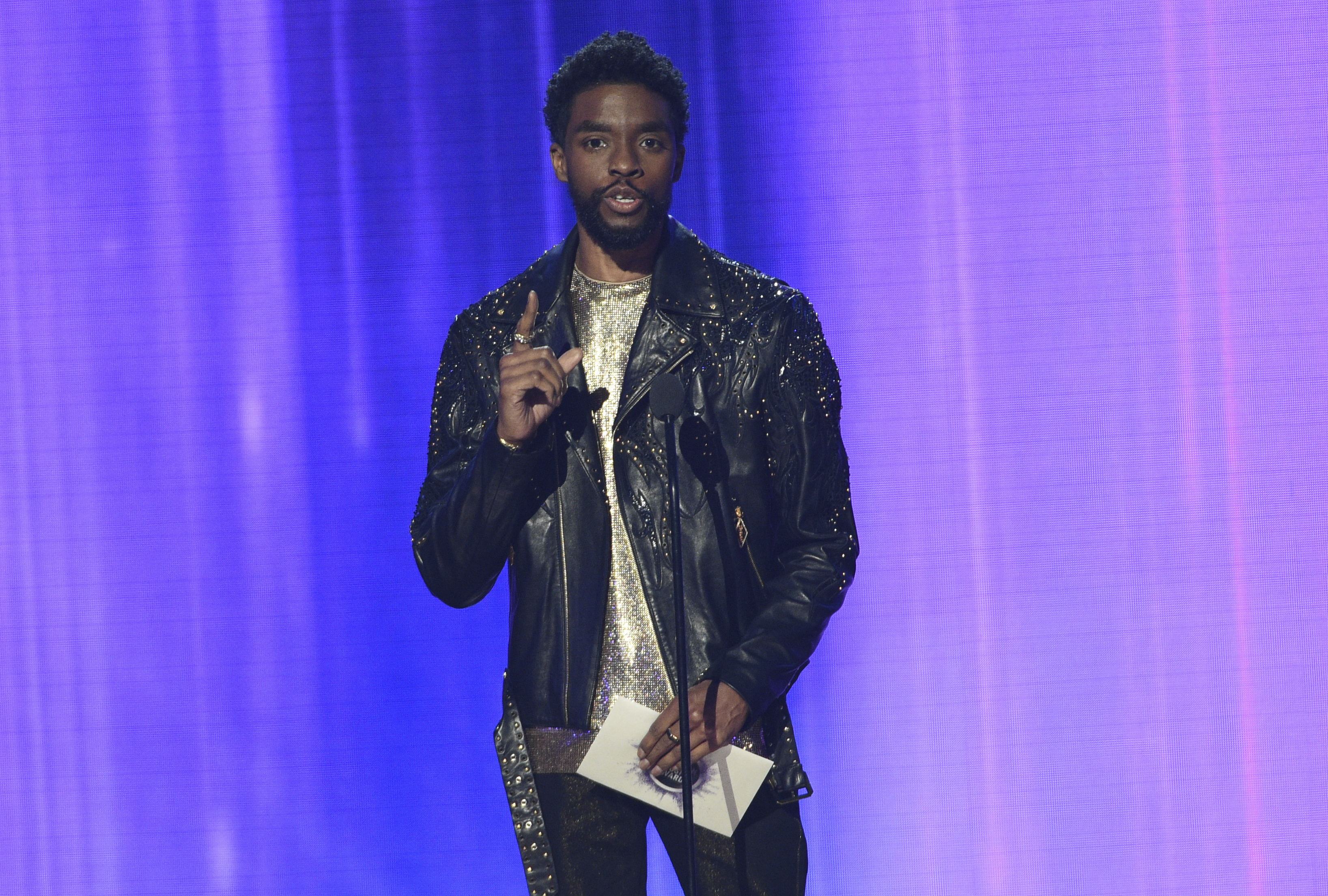 Chadwick Boseman at the American Music Awards, one of his final in-person public appearances, on November 24, 2019. His decision not to share his cancer battle is one recognized and shared by others with chronic illnesses.

We’re all tired of Zoom, but it is a shared reality of the pandemic. Choosing not to have it at the Oscars felt not so much like a respite as a denial. The Oscars were obviously different in so many respects: It was at a train station, they had pre-taped Best Original Song performances in the pre-show broadcast, winners accepted from satellite hubs around the world. With all those changes, denying accessibility by not having Zoom was the hill they wanted to die on?

There are signs that aspects of the industry won’t return to a pre-COVID reality. Junkets, in which talent can set conditions for participation, are expected to remain a largely virtual experience going forward. One prominent New York City publicist who wished not to be named suggests that TV news programs that book guests will adopt a hybrid model going forward, with many interviews conducted over Zoom once the pandemic is over.

“I’ve definitely seen a huge benefit to remote bookings, which allow more clients to appear in more places with less hassle on all sides (and, I assume, less cost to networks),” he wrote over email. “As a voracious TV news consumer, I also think it’s worth noting that the Zoom era has added a charming appeal to at-home interviews and humanized on-air talent. However, I’m also mindful that car service to and from the studio, guest services, hair and makeup, etc. all mean jobs for people, so I would never want to suggest those jobs shouldn’t return.”

COVID-19 revealed so many of the world’s weaknesses; we may as well learn from a few of them. Like everyone else, Hollywood wants to move past the pandemic but as the 2021 Oscars vividly demonstrated, denying its existence isn’t a path forward. The old normal is gone, but the new normal can be better.