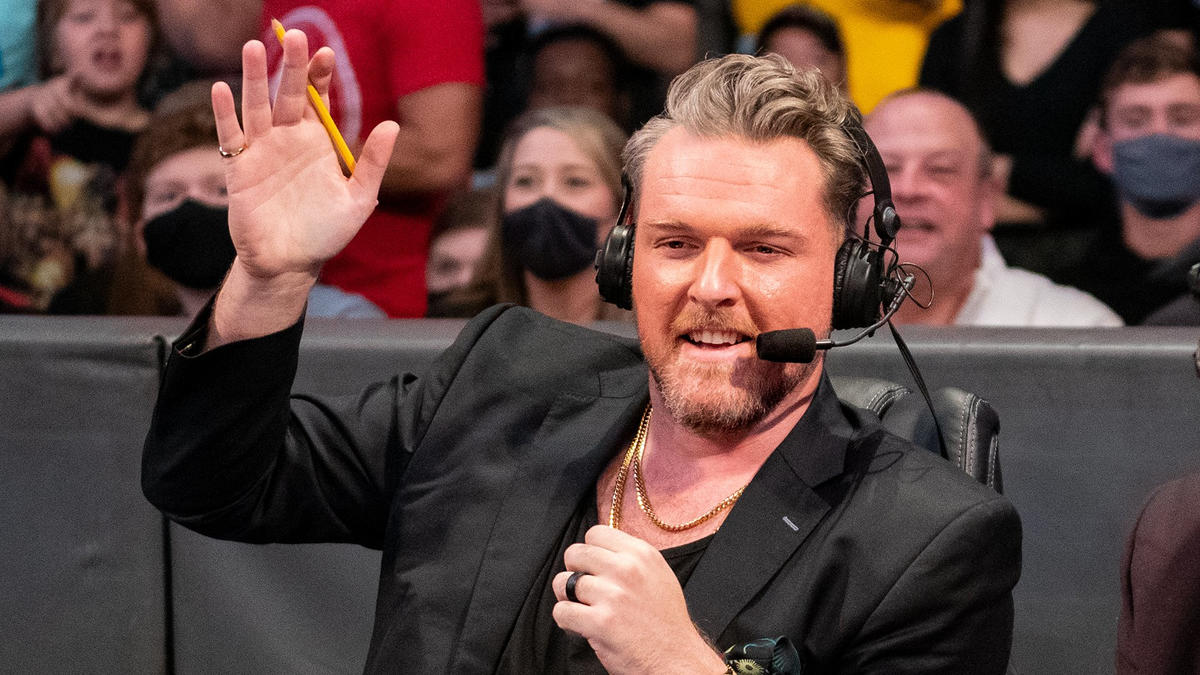 Pat McAfee has left WWE to take up a exciting new role away from wrestling.

The sports entertainment giant’s boss Paul ‘Triple H’ Levesque confirmed the news on Wednesday with the SmackDown commentator and retired NFL star set to join the College GameDay team fronting ESPN’s weekly football broadcast in the US every Saturday.

In a tweet, Triple H said: ‘@PatMcAfeeShow approached us about his amazing opportunity with College GameDay. We’d never stand in Pat’s way, as he continues to architect his exceptional career.’

The Game added that McAfee – who has been a major hit with fans both and announce table and in the ring – is still a member of the WWE family, and will be back in the future with his role ‘on hold’, although it’s not known what that will involve outside of football season.

He continued: ‘Pat will remain a member of the @WWE Universe and we look forward to his return. #UpToSomethingSZN’

Although McAfee is a lifelong WWE fan, his history in the NFL means fronting a show he grew up watching is another dream he wants to achieve.

He initially thought about doing both, which would have involved a couple of hours sleep between SmackDown on Friday nights and travelling to GameDay in time for their Saturday broadcast.

He decided to speak to WWE before making a decision, and on The Pat McAfee Show on Wednesday he explained how tough a choice he was facing.

The broadcaster said: ‘To make that decision really be a firm yes, I wanted to talk to the people from WWE. Obviously, I hold my role as a SmackDown commentator as high as anything else I do.

‘Not only is it a dream for me since I was a little kid, but there’s other little kids out there that are hopefully getting their imagination and their goals and dreams created just like I was when I was a kid watching WWE.’

WWE pointed out that his health and family would suffer most if he tried to balance both jobs, and the decision was made that he’ll focus fully on GameDay during the season.

As well as his SmackDown roles, McAfee has also competing in the ring, most recently facing both Austin Theory and then-WWE boss Vince McMahon back to back at WrestleMania 38.