“Ultimately I don’t understand anything about politics,” Pelé says in Netflix’s new documentary 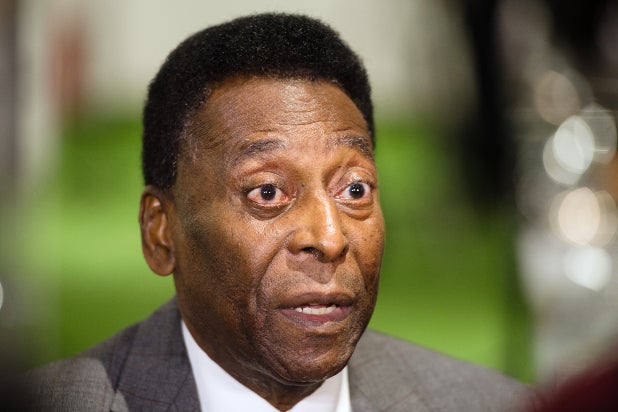 Soccer legend Pelé is justifiably regarded as one of the greatest athletes of all time, and one of the most significant people of the 20th century. But sources in Netflix’s new documentary film “Pelé” argue he could have done more with his influence during the decades the country was under military rule.

After making his professional debut as a forward with Santos FC at age 16, Pelé’s prodigious ability to score an absolutely insane amount of goals  (a world record of 1,279 during his professional career) and his accuracy, stamina, and intuitive, graceful style of play elevated both him and Brazil to the top of worldwide soccer rankings. He became so popular even that in 1961 Brazil’s government declared him an “official national treasure” in order to prevent him from joining a soccer team in another county.

Pelé wielded huge influence over his fellow Brazilians and soccer fans globally, but as seen in the film directed by David Tryhorn, he largely avoided using that influence to affect the country’s increasingly dangerous political situation.

It began in 1964, when the democratically elected government was overthrown in a military coup that set in motion 21 years of brutal dictatorship under a succession of unelected president appointed by the military. Under the dictatorship, civil rights were severely curtailed, and dissidents were subjected to vicious oppression with hundreds murdered and thousands were tortured. In addition, indigenous peoples were subjected to genocidal policies.

The most brutal period was the presidency of Emelio Garrastazu Medici, who took power in 1969 and in addition to ramping up atrocities against opponents also attacked journalists and even foreign diplomatic personnel. Pelé certainly didn’t approve of Medici, but as the documentary demonstrates, he never spoke out against him either.

His silence left many Brazilians and some of his fellow teammates frustrated, according to Netflix’s new film. “For many people they’ll look less at what he did in the pitch and more at what he did off it,” journalist Paulo Cesar Vasconcellos said. “Off the pitch he’s characterized by his political neutrality (and) at that moment in history it’s going to count against him.”

When the Netflix crew asks Pelé if life changed after the coup in 1964, he replied, “no, football went on in the same way. There weren’t any noticeable differences, certainly not for me.”

Asked if his attitudes changed once the dictatorship got worse, Pele just cryptically says in the film, “my door was always open. Everyone knows this. And that includes when things were really bad.”

“I love Pelé but that won’t stop me criticizing him,” Pelé’s former teammate Paulo Cezar Lima (F.K.A. Caju) said during the documentary. “I thought his behavior was that of a black man who says ‘yes sir,’ a submissive black man. It’s a criticism I hold against him until this day, because just one statement from Pele would have gone a long way.”

So why didn’t he speak out? While Pelé’s safety wasn’t guaranteed, he was still safer than the average Brazilian was from Medici. This is partly because the dictatorship recognized Pelé’s usefulness as a national morale booster, But there’s also evidence he may have been pressured by the regime to keep playing. Notably, he was investigated for possible left wing sympathies in 1971 by Medici’s government, a serious accusation that were he not who he was could have resulted in his murder and disappearance at the hands of state sanctioned killers.

“Pelé doesn’t like to talk about it, but there were messages from the dictatorship, telling him he’d better play at the World Cup,” his friend Juca Kfouri said in the film.

“I’ve been invited to participate in politics but honestly I’ve got no desire to get involved,” Pelé said in an older interview clip used in the film. “Football already takes up most of my time and ultimately I don’t understand anything about politics.”

Watch the trailer for “Pelé” below, and catch the film streaming on Netflix now.