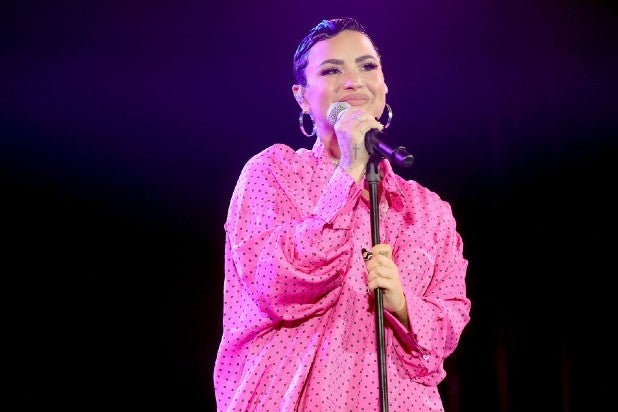 Demi Lovato is facing backlash from Piers Morgan and other critics after publicly shaming a Los Angeles frozen yogurt shop on her Instagram story. The singer dubbed those running the store “diet culture vultures” for signage surrounding one of their products.

Lovato first posted to her Instagram story on Sunday, calling out The Bigg Chill with a series of text posts. “Finding it extremely hard to order froyo from @thebiggchillofficial when you have to walk past tons of sugar free cookies/other diet foods before you get to the counter. Do better please,” Lovato wrote.

Piers Morgan, who recently doubled and tripled down on his comments against Meghan Markle, is among Lovato’s critics after her words. The former “Good Morning Britain” host tweeted his thoughts, calling Lovato “dumb” and “deluded,” for “her vile attempt to bully, shame & ruin my favourite frozen yoghurt store.”

In her post, Lovato used the hashtag #DietCultureVultures to describe the shop and, an hour later, posted to her story once again, saying that she’s “gonna have to make that hashtag a thing” as part of an effort to call out “harmful messaging from brands or companies that perpetuate a society that not only enables but praises disordered eating.”

Lovato has long been open about her struggles with addiction and eating disorders, but quickly drew criticisms for her comments from more than just Piers Morgan. Some argued that this was a matter that the singer could’ve handled privately. Others criticized the comments as narrow-minded, saying that sugar-free and similar options are a necessity for some, like diabetics or vegans.

The Bigg Chill did respond directly to Lovato, which she later posted in her story as well. “We are not diet vultures. We cater to all of our customers needs for the past 36 years,” the account wrote. “We are sorry you found this offensive.”

Though Morgan’s words were perhaps the harshest, he wasn’t alone on this one. Check out more reactions to Lovato’s words below.