BBC Breakfast presenter Charlie detailed how he kicked off his interview with Sir Rod Stewart by discussing a model railway engine after he learned of the singer’s passion for collecting them. The presenter said Sir Rod was “instantly transformed” by the railway item and how it was a good way to “warm-up an interviewee”.

Naga Munchetty kicked off the newspaper reading segment by discussing a science project.

She said: “Shall we stick with an animal theme – of sorts – they’re going to put an earworm into people of a certain age’s head.

“A scientist has been looking at how fish brains respond to certain types of music.

“It’s been looking at the baby zebrafish and how the neurones respond to the bass or the vocals from the zebra fish’s brain – I don’t really know the point of doing this, but it’s interesting nevertheless,” she added. 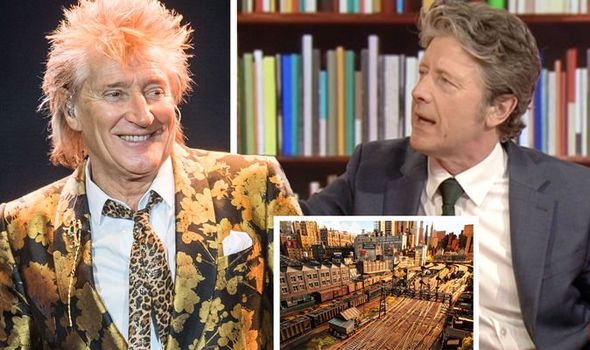 “Could’ve played a Rod Stewart song, couldn’t they?” Charlie commented. “They could’ve played I Am Sailing, for example? It might’ve worked rather nicely.

“This story is about Rod Stewart, who famously is very keen on his train sets, he’s moving from Los Angeles back to the UK, and he’s spent quite a bit of time and money moving his model railway set,” the presenter continued reading another article from the papers.

“He’s got an enormous model railway set! The kids are at school in the UK so he’s shipped the whole lot – 1500 square feet work of train set back to the UK.” 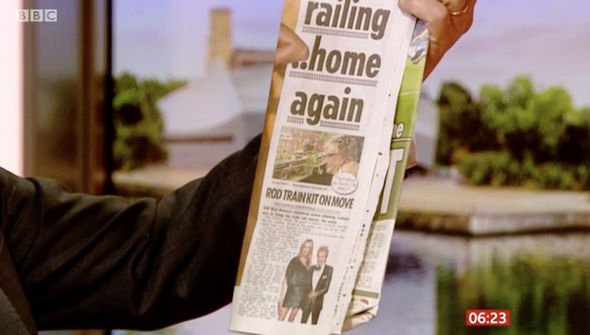 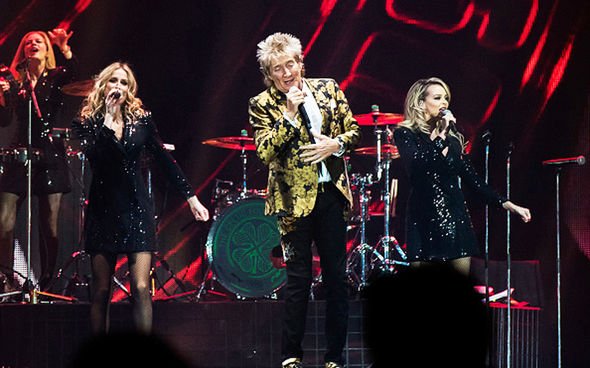 “I once interviewed Rod Stewart knowing he was keen on his railway sets, I took a train, a model train to share with him and he was instantly transformed into a little boy,” Charlie continued.

“What was it like?” Naga probed as Charlie continued: “He knew exactly what it was.

“It was one of those old iron, someone technical will tell me the size, but the actual engine, it’s like a steam engine, but it’s this size, so almost like a working model that you could get going.

“I just got the engine part and I took it in and instantly, he knew what it was and he was like a little kid in a sweet shop straight away.” 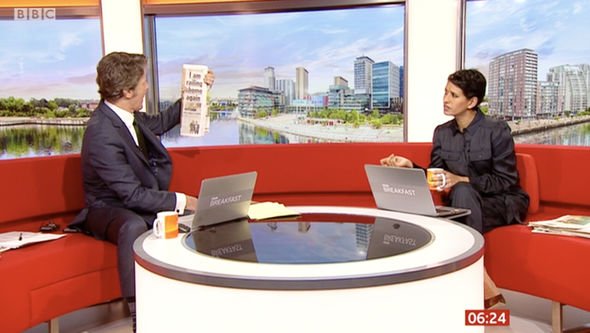 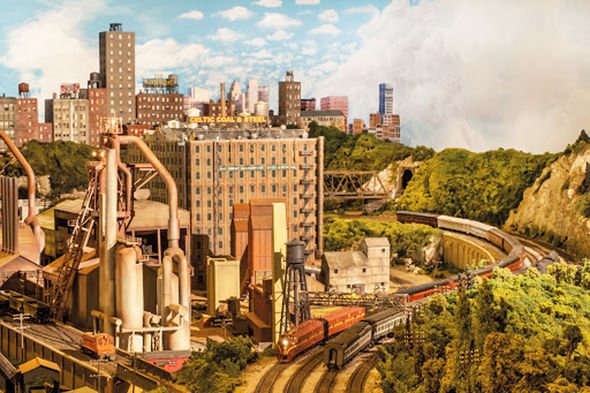 “That’s how to warm up an interviewee,” Naga replied. “Well done, I’m impressed!”

It comes after the extent of Sir Rod’s model railway hobby has been revealed.

In between making music and playing live shows, he has been working on a massive, intricate model of a US city for the past 23 ears.

“I would say 90 percent of it I built myself,” Sir Rod previously explained. “The only thing I wasn’t very good at and still am not is the electricals, so I had someone else do that.

“A lot of people laugh at it being a silly hobby, but it’s a wonderful hobby!”

In between rehearsals and sound checks, Sir Rod still finds the time to tinker with his creation while on tour, requesting extra rooms for his constructions.

“We would tell them [the hotel] in advance and they were really accommodating, taking out the beds and providing fans to improve air circulation and ventilation,” Railway Modeller published.

BBC Breakfast airs every day at 6am on BBC One.