One does not simply wake up and decide to go get ’em, Joe. And while every “real American hero” has an origin story of his or her own, the first to make it to the big screen is that of the masked commando Snake Eyes, in a movie titled — what else? — Snake Eyes: A G.I. Joe Origin Story.

The film finally declassifies the backstory of one of G.I. Joe’s original members, revealing the man underneath the mask. As played by Henry Golding, Snake Eyes, as he nicknames himself, is a loner out for revenge on the people who killed his father who is eventually taken in by a clan called the Arashikage and taught the ways of the ninja. As they say, knowing is half the battle.

Along for the ride is a number of characters plucked from G.I. Joe canon, including Snake Eyes’ brother in arms, Tommy Arashikage who will become his archenemy, Storm Shadow (played by Andrew Koji); Joe Agent Scarlett (Samara Weaving); and infamous Cobra villainess The Baroness (Úrsula Corberó).

ET spoke with the Snake Eyes cast — including Haruka Abe, who plays an original character, Akiko — about becoming action stars, why Golding is the right guy to play everyone’s favorite Joe and what comes after this Origin Story. 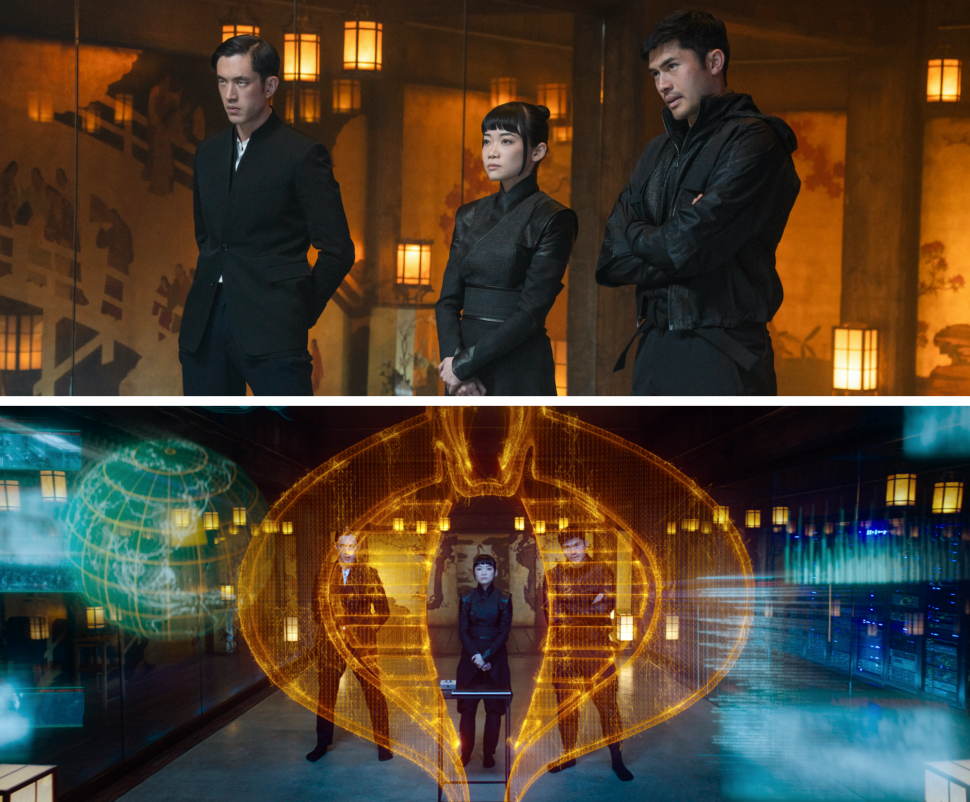 When they were introduced by Hasbro in the ’60s, G.I. Joes became the original action figures. Since then, they have spawned comic books, multiple video games, a Saturday morning cartoon and other animated series, and a live-action movie franchise (in which Ray Park played Snake Eyes).

Haruka Abe: It’s not something that I grew up with, I have to say. I grew up with two sisters. I never got the real proper intro to the universe of G.I. Joe. Although I was aware of it. I was aware of the action figures and the comics and the costumes. There’s so much content, it’s incredible. It’s no wonder it’s so beloved by everyone, because this is such a big universe.

Úrsula Corberó: Everything was new for me. I had very long conversations with Robert [Schwentke], the director, and I realized that they really wanted to do something new and different. The Baroness was played before [by Sienna Miller in 2009’s G.I. Joe: The Rise of Cobra], so I really wanted to do something by myself. She’s so funny, she’s powerful, she’s manipulative, she’s clever, she’s bold. So, I was like, “Hell yes, I want to do this woman.”

Samara Weaving: The fact that it’s Scarlett representing the G.I Joes was such an honor. I think representing women is really important. I remember seeing Wonder Woman and being brought to tears by that opening scene where all those women are fighting each other, so being a part of that movement is awesome.

Andrew Koji: Because we reinvent them, in a way, in this modern adaptation, certain things [from the comics] were useful but the main thing was trying to find out the essence of this character, regardless of what iteration he’s in. The essence of the character is the most important. I spoke in-depth with the fans — some avid fans — to find that essence of who he really is and what they want to see on the screen.

Henry Golding: There is a tremendous amount of Easter eggs in the movie itself, with nods to the old films, nods to the comic books of the era. Being an origin story and how we’ve been able to focus on this little portion of the world with these handfuls of amazing characters, it gives you that much sort of presentness to be really enveloped in the story.

The Man, the Myth, Snake Eyes 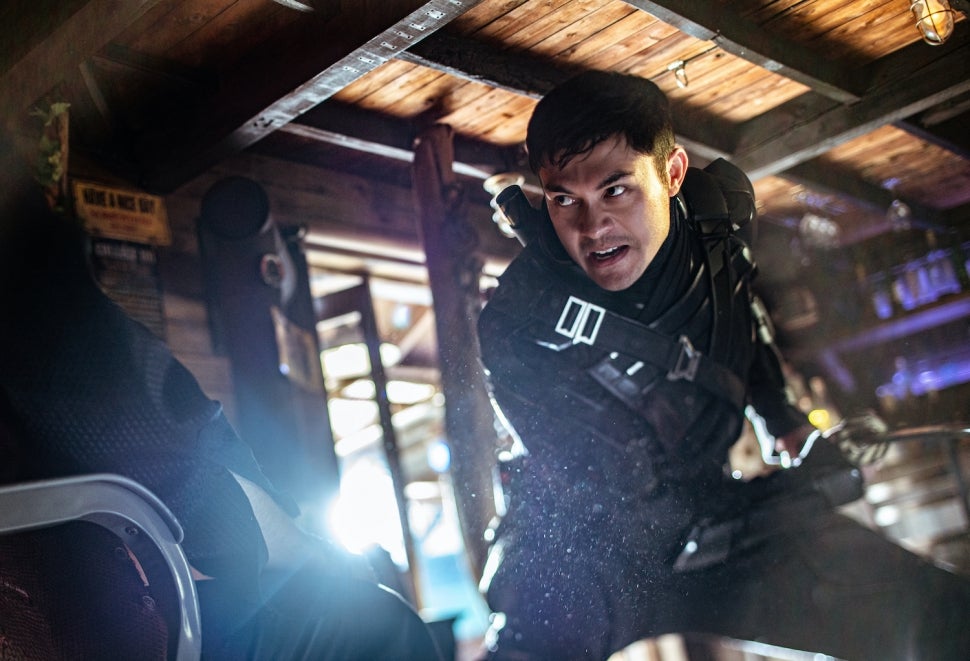 In “Snake Eyes,” the titular hero must pass a series of challenges to prove he is worthy of joining an ancient Japanese ninja clan. Golding, meanwhile, had his big screen breakout in 2018’s “Crazy Rich Asians” but still had to prove himself as the star of his very own Hollywood franchise.

Henry Golding: With a film like this, um, and a character like Snake Eyes, there’s a real kind of misnomer of trying to make him too masculine, [with] too much bravado. With our Snake Eyes, he’s full of flaws. He’s a guy who’s made massive mistakes in his life, but I think those attributes really endure him to the audience members at large. Because he’s like you and I. You know, we mess up, but if you’re diligent, you’re hardworking and you choose the right path, you can become something great.

Haruka Abe: Henry has such a charisma about him and his acting is so on point. He really brings out that complexity and the vulnerability of the character to life.

Úrsula Corberó: I realized it the first time I saw him. He has this perfect balance between tenderness and strength. And he was always with this huge smile. And I know everything was super challenging for him — super challenging — and he was there every day nonstop, but I think he did an amazing job.

Andrew Koji: Tommy is testing out Snake Eyes, and I think at first I [too] was like, “OK, let’s see what you got, mate,” you know? [Laughs] And I think the fact that he did his best and when you’re doing these action scenes over and over and you’re on the floor exhausted, that’s when you’ve earned it.

Henry Golding: The physicality that was needed isn’t something that I’ve kind of stretched and exercised before in previous movies. I’ve been waiting for something to really sort of throw myself at physically and quite the movie to sort of jump in at the deep end with. 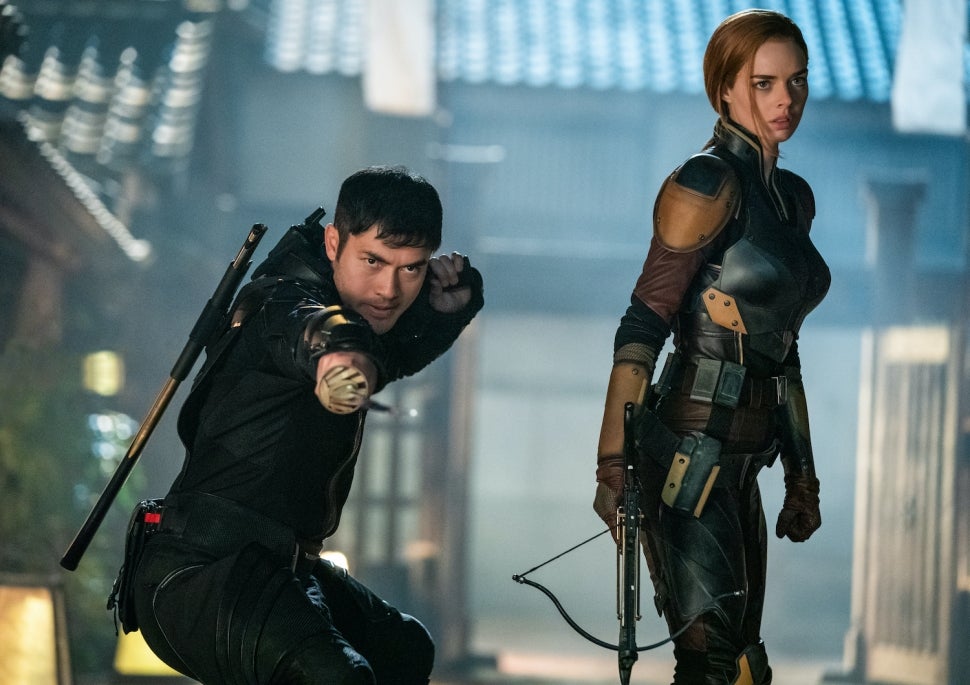 Until now, the only thing known about the character Snake Eyes is that he’s a badass, which required the actor playing him to master samurai sword fighting, bareknuckle boxing and martial arts. In this movie, he’s also the least experienced warrior, so his co-stars had to train even harder.

Henry Golding: We wanted it to stand out. We didn’t want a generic kind of action film that you’ve seen countless times. We wanted it to feel visceral and like you’re in the middle of the melee. Kenji Tanigaki is one of the most phenomenal choreographers out there. He literally has run the gamut from the Hong Kong classics to now. He put us through our paces, I’m not gonna lie. He broke us down to build us up.

Haruka Abe: I knew what I was signing up for and I have had done some martial arts — like boxing and Capoeira — and I come from a dance background, so I was so ready to get very physical. But my goodness, it was intense. We had this incredible stunt team who are senseis, who trained us four hours every day for two months. And then I would go home after our daily training and go straight to the gym and train on my own for another hour going through everything the stunt team had taught us.

Henry Golding: That first week of training I remember I was just like, “Wow, I can barely sit down or, like, get up from a chair.” It’s not just an action film, it’s a real martial arts film. So, all the action that you see, it’s not too much sort of shooting at things — which would’ve been easier — but physically, it’s demanding. Like, it really tore up my body for a while.

Samara Weaving: I don’t remember seeing anyone struggle, but I think I was so focused on not struggling myself that I forgot to take a look around. I’m sure there was something torn or bruised — I’m sure — but we lived to tell the tale.

Úrsula Corberó: I remember the fourth day after starting the rehearsals, I was in Vancouver and I woke up and I was feeling like I couldn’t move. Literally, I was like, Help! Everything was so far away from my hands. And I was feeling that pain for maybe two more weeks. When I was starting to feel comfortable with boxing, I was like, “OK, I’m starting to be a real badass.”

Andrew Koji: I was kind of well-versed in action. I was already broken in from that training. I don’t have a horror story. I kind of find it fun. Sometimes they can’t keep me out of the gym. I love it. But poor guys. [Laughs] Sorry. Well, you’ve got to earn it. That’s what I’m thinking: You want to do action stuff? You got to earn it! 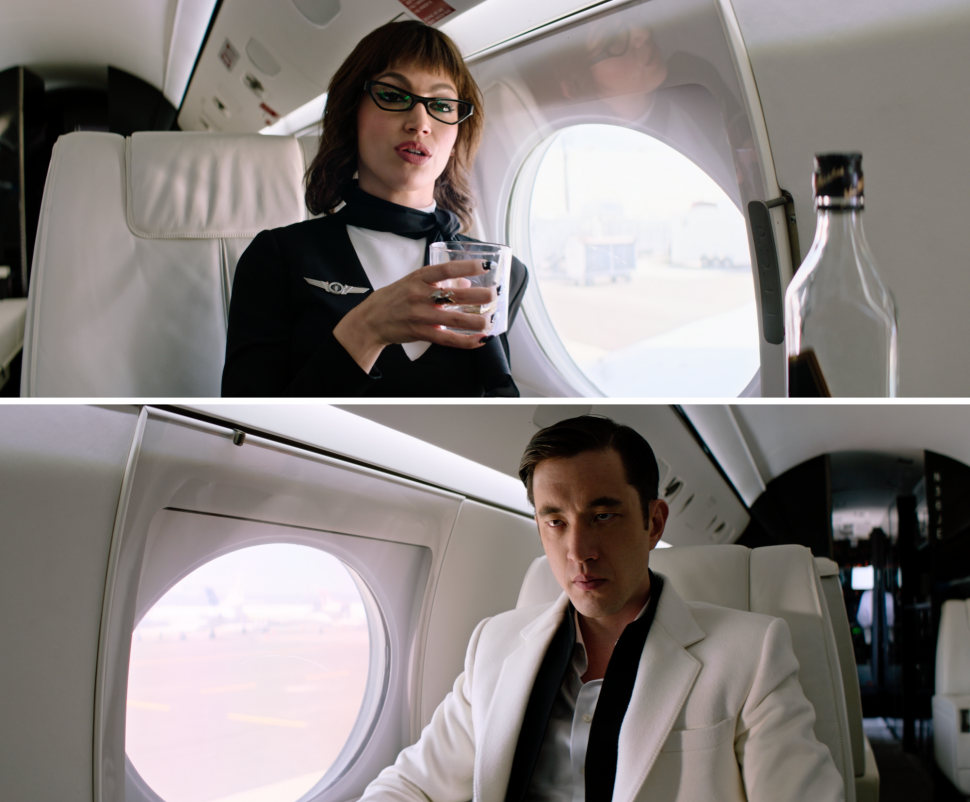 “Snake Eyes” serves an an origin story for the entire G.I. verse, setting up any number of other prequels — with hints at Akiko’s mysterious past and Scarlett’s history with The Baroness — and potential sequels, teasing a villainous turn by Storm Shadow. So, where will the G.I. Joe cinematic universe go next?

Haruka Abe: Can I do both? It’s such an honor to be able to play this character in such a beloved universe, so the more I can do, the better. I love the dynamic she has with Storm Shadow and Snake Eyes, so I’d love to be able to take that even further. I also love The Baroness. I think she’s a great villain. And [I love] Scarlett as well. I think there should be a tag team between Scarlett, Akiko and Baroness at some point. I think it would be pretty awesome.

Úrsula Corberó: [The Baroness and Scarlett] go way back. They used to be close friends at school, but she’s from The Joe’s, I’m from Cobra, so they drifted apart and now there’s still some love there. You can tell, right? So, they’re frenemies. But I think everybody now will be aware of The Baroness’ power.

Andrew Koji: I don’t know what they’ve got in mind or what were they thinking personally, but [Storm Shadow] is more layered and more intricate than just a goodie-baddie or just a ninja. He’s a human being beneath that. He’s someone who sacrificed his whole life to serve this clan and for this cause. And hopefully we’ll get to explore [more], maybe if we do a sequel.

Snake Eyes is in theaters, Dolby Cinema and IMAX on Friday, July 23.