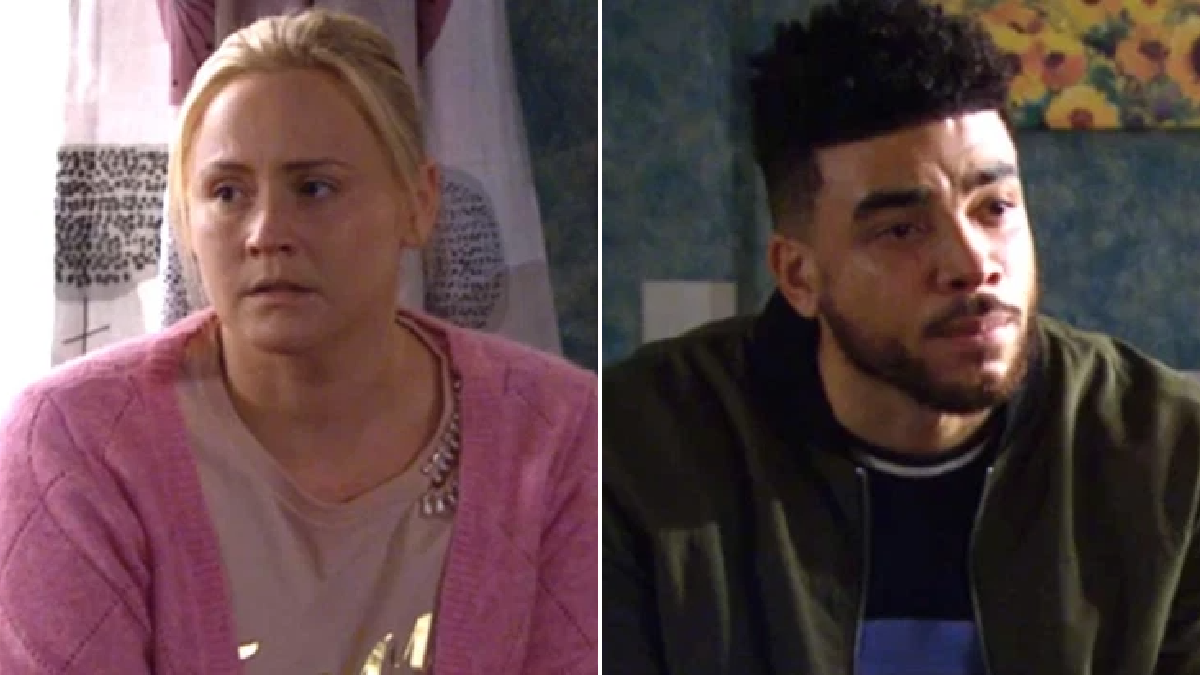 Tracy Metcalfe (Amy Walsh) in Emmerdale woke up in a mental health ward, following her breakdown in last night’s episode.

Tracy’s emotions overwhelmed her yesterday. She was found in a field searching for her father’s tree and, after arriving back in the village, broke down in tears and admitted to Liam (Jonny McPherson) she had thought about ending her life.

Waking up in a different bed, Tracy was greeted with two doctors from the mental health team.

Chatting to the doctors, Tracy explained how desperate she was for some time to herself and, upsettingly said she didn’t want to look after baby Frankie anymore.

Meanwhile, back in the village, Nate (Jurell Carter) was talking to Cain (Jeff Hordley), devastated he hadn’t noticed Tracy’s change in her mental health.

Cain assured Nate that he would support Tracy as she recovered and the aftermath of Tracy’s ordeal even saw some development between Cain and Faith (Sally Dexter) too.

Paying a visit to Tracy, Nate told his partner how he overheard her telling the crisis team her feelings of wanting to end her life.

Desperate to support Tracy, Nate was shocked to see she had taken her engagement ring off.

The unwell mother is convinced Frankie is better off in someone else’s care, but can Nate help Tracy through her recovery?

As Tracy slowly gets better, will she realise she can be a mother to Frankie?