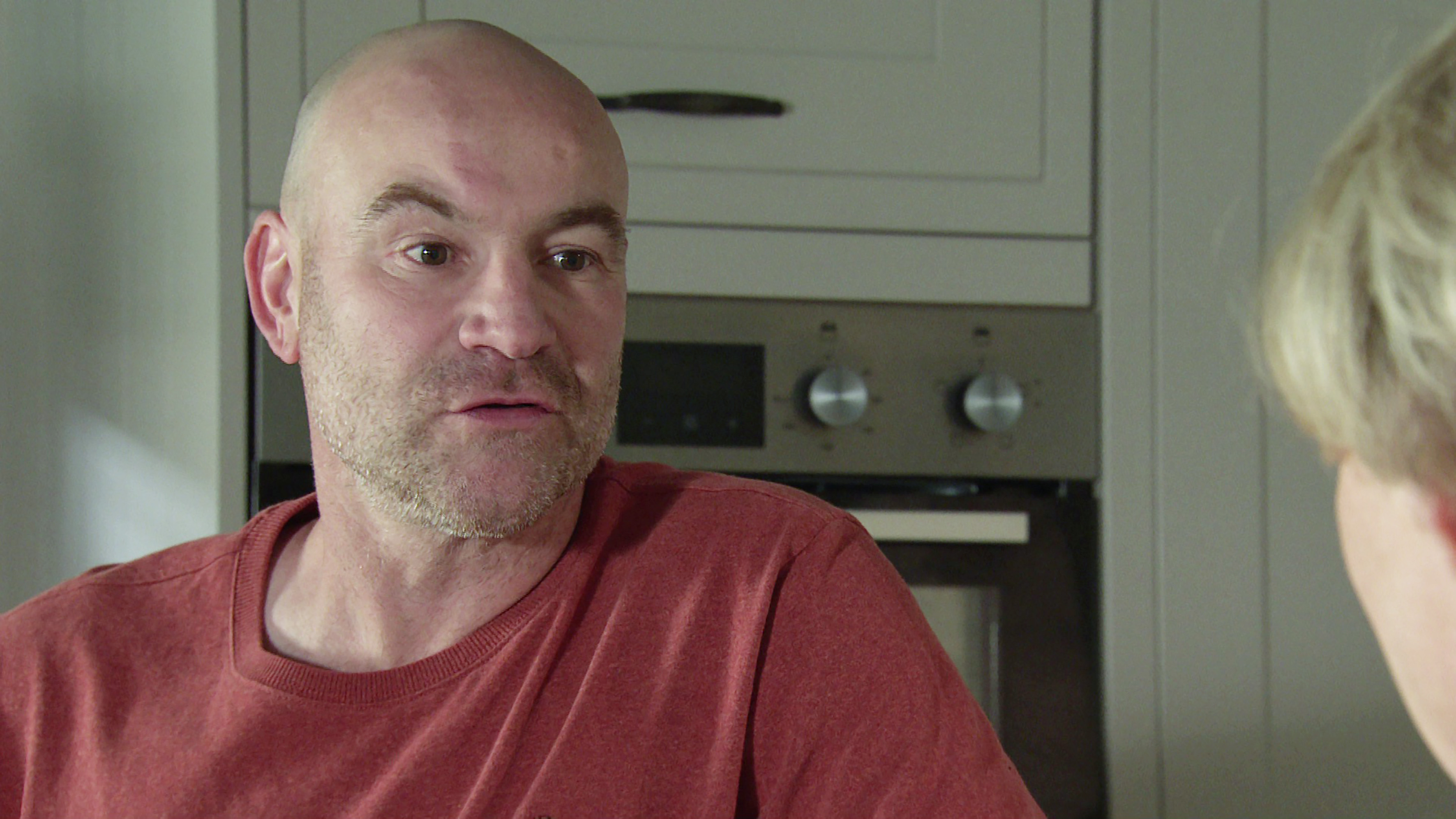 Tim Metcalfe’s (Joe Duttine) latest storyline in Coronation Street has been very light-hearted and fun, but there has been an underlying serious tone to it as well.

While Tim and Sally (Sally Dyenvor) attempting to reignite things in the bedroom has been funny to watch and, in some places, cringey, Tim has struggled to be honest about how he’s been feeling.

Tim certainly knew he needed to visit the doctors a few months ago, but the thought of telling Doctor Gaddas about an intimate issue terrified him.

When Tim returns home after Casino Night, he finds a note from Sally, telling him she’s made up the spare bed.

The next day, making peace with Sal does not go to plan, as she suggests to Tim they should have some time apart.

In Victoria Garden, Tim opens up to Aggie (Lorna Laidlaw), who tells him it’s probably best if he shares his worries with Sal.

Back at home, Tim and Sally have a heart to heart.

Tim tells Sally that after his heart attacks and surgery, he’s terrified of dying.

Sally is glad Tim has opened up to him, but fails to learn the only reason why was because of that chat with Aggie.

Will Tim regret not being completely honest with his wife?