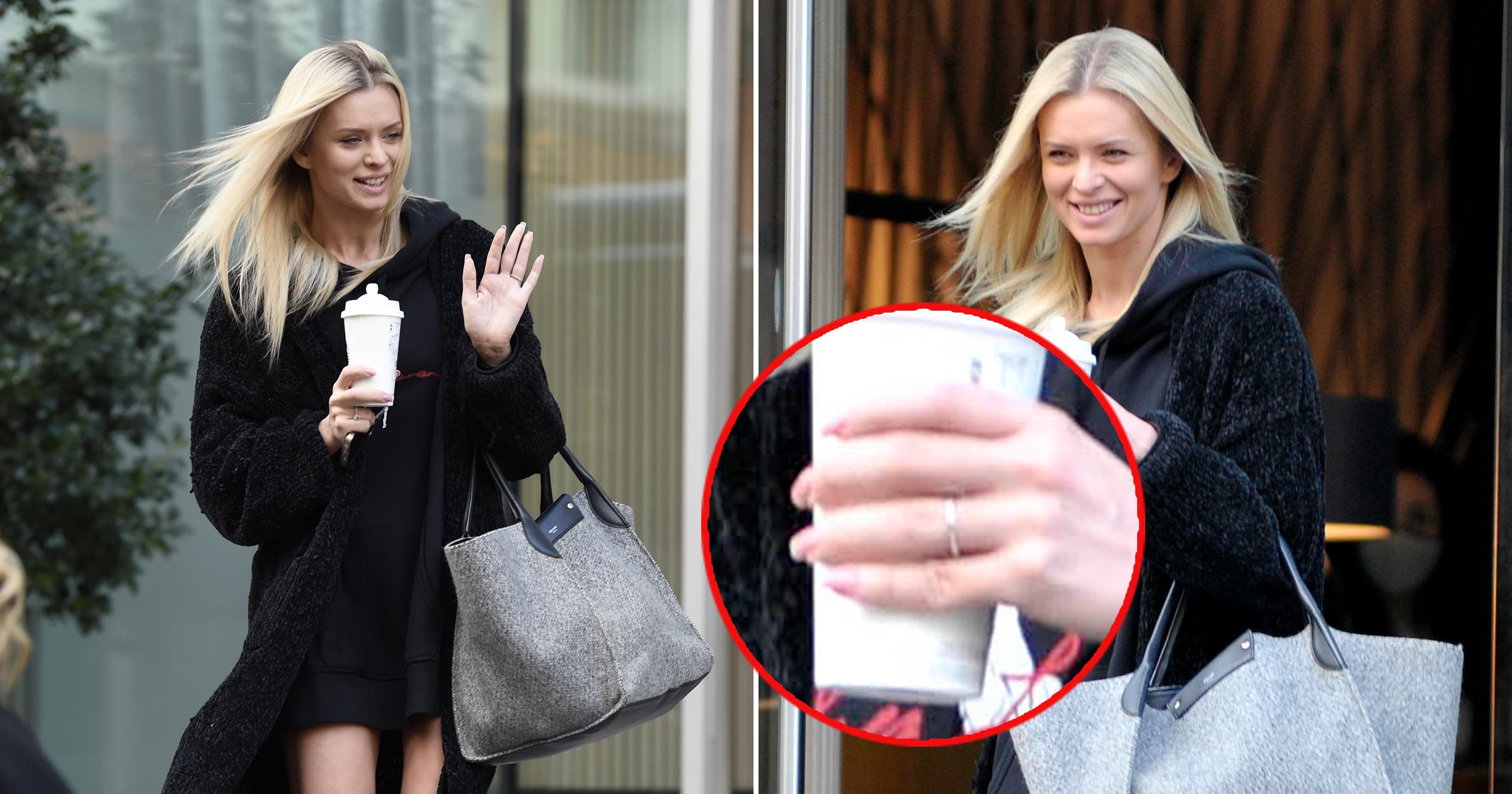 Strictly Come Dancing’s Nadiya Bychkova was pictured beaming as she headed to tour rehearsals after she appeared to confirm her romance with fellow pro Kai Widdrington.

The dancer, who was seen kissing Kai at a hotel, looked radiant as she continued on tour, holding a hot drink and waving.

She wore a ring on one hand, which is thought to be her engagement ring, after she split from her fiance Matija Škarabot.

Nadiya, 32, rocked an all-black ensemble, paired with some knee-high boots, while leaving her hotel to head to the AO Arena in Manchester.

She and Kai, 26, have been at the centre of romance rumours, which seem to be confirmed after The Sun obtained a photo of the pair sharing a kiss.

The snaps show them getting very cosy as they’re sat on a sofa at their hotel whilst they take a break in between Strictly tour appearances.

A source told the publication: ‘Nadiya and Kai met away from the other dancers and celebrities who were a mile up the road in the Travelodge.

‘She had bought Kai a coffee from Starbucks next door and they talked and cuddled before having a kiss.’

The insider added: ‘They didn’t seem to care who could see them. It’s clear they are massively loved up.’

It was recently revealed that Nadiya split from her fiancé, Slovenian footballer Matija Škarabot, last year, with whom she shares a five-year-old daughter.

A source told MailOnline that they hadn’t been together ‘for some time now’, with Matija, 33, ‘dedicated to his footballing career in Slovenia’ and Nadiya being ‘predominantly based in London’.

‘Performing on Strictly and the Strictly Live Tour takes up half her year, in the end the commitment to their jobs made it too difficult for the relationship to work,’ the insider said.

‘There’s still a lot of love and respect between them and Mila is and always will be their priority.’

Nadiya was paired up with BBC Breakfast star Dan Walker in the 2021 series, making it all the way to the quarter-finals.

Meanwhile, Kai absolutely smashed it with AJ Odudu, with the pair missing out on the final due to the presenter sustaining an injury.

Metro.co.uk has contacted reps for Nadiya Bychkova and Kai Widdrington for comment.