Regency fashion and repressed feelings, what’s not to love? 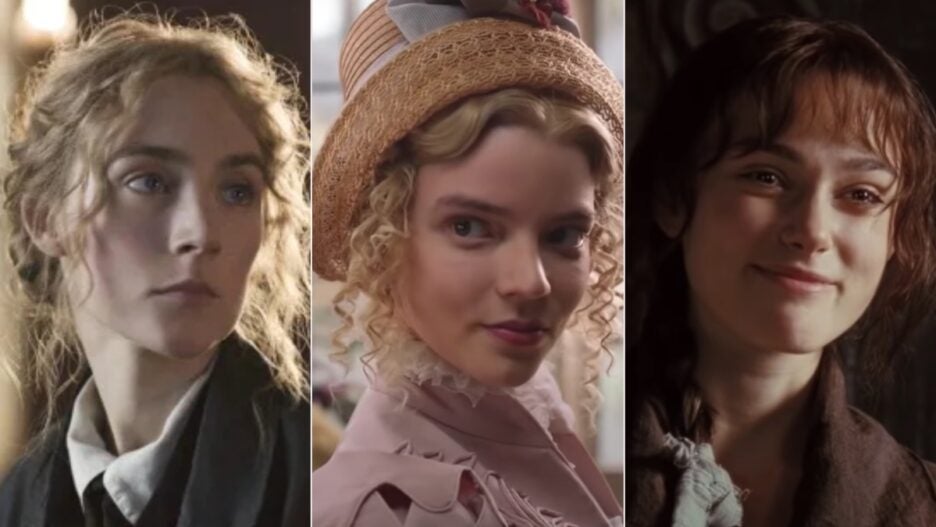 From the Austen adaptations of the ‘90s to queer love stories of the late 2010s, period dramas have always held a special place in audience’s hearts and on their screens. Many accomplished filmmakers and actors have put their own stamp on beloved source material, while others have crafted historical fictions. Whether they lean classic or contemporary, comedy or straight-laced drama, all of these works share a love for witty banter, elaborate costumes and of course, the marriage plot.

Of all the streaming platforms, Hulu takes the cake for its wealth of period pieces. We rounded up the top shows and movies that are worth a watch.

Jane Austen once described Emma as “a heroine whom no one but myself will much like.” The fact that Emma has inspired four filmic adaptations (three of which are available on Hulu) suggests the contrary. The latest effort is a breath of fresh air, thanks to Autumn de Wilde’s direction and Anya Taylor-Joy’s deliciously mischievous performance. “Emma.” is pretty enough to eat, with snappy dialogue and substance to match.

Joe Wright nails all the fundamentals of this classic enemies-to-lovers tale: there’s plenty of rain-soaked confessions, sister shenanigans and chemistry between Elizabeth Bennet (Keira Knightley) and Mr. Darcy (Matthew Macfadyen). Wright takes a more realist approach to 19th century England than most, while maintaining the fairytale romance of the Regency era.

Céline Sciamma’s 18th century drama stars Noémie Merlant as Marianne, a painter commissioned to create a portrait of Héloïse (Adèle Haenel) for the man she has been promised to marry. A romance blossoms between subject and artist, two splashes of color against a stormy French island backdrop.

A bold choice for a remake after 1995’s hit film starring Emma Thompson and Hugh Grant, but one that certainly paid off. The miniseries won rave reviews for its dreamy visuals and outstanding cast, led by Hattie Morahan and Charity Wakefield as the sisters Dashwood and Janet McTeer as their mother.

Tony McNamara’s spin on Catherine the Great shares an irreverent sense of humor with his 2018 film “The Favourite.” Catherine (Elle Fanning) and Emperor Peter III of Russia (Nicholas Hoult) are constantly at each other’s throats as they vie for power in this “anti-historical” dramedy.

Ruth Wilson is Jane in what some have called the definitive adaptation of Charlotte Brontë’s gothic novel about a neglected governess who falls for her master (Toby Stephens). The miniseries is fittingly as dark and brooding as Rochester himself.

Greta Gerwig’s penchant for coming-of-age stories and spirited young heroines is a perfect match for Louisa May Alcott’s Civil War-era novel. The March sisters are portrayed by an all-star cast anchored by Saoirse Ronan, whose doggedly determined Jo you can’t help but root for.