Barry and Team Flash are returning for their eighth year on The CW, and the stakes have never been higher. As many fans know, The Flash Season 8 will kick off with a five-part event titled “Armageddon.” Over the span of the five episodes, heroes from across the Arrowverse will join Barry in his fight to stop an alien. In the first trailer for The Flash Season 8, Barry returns to a special place to ask these heroes for help. 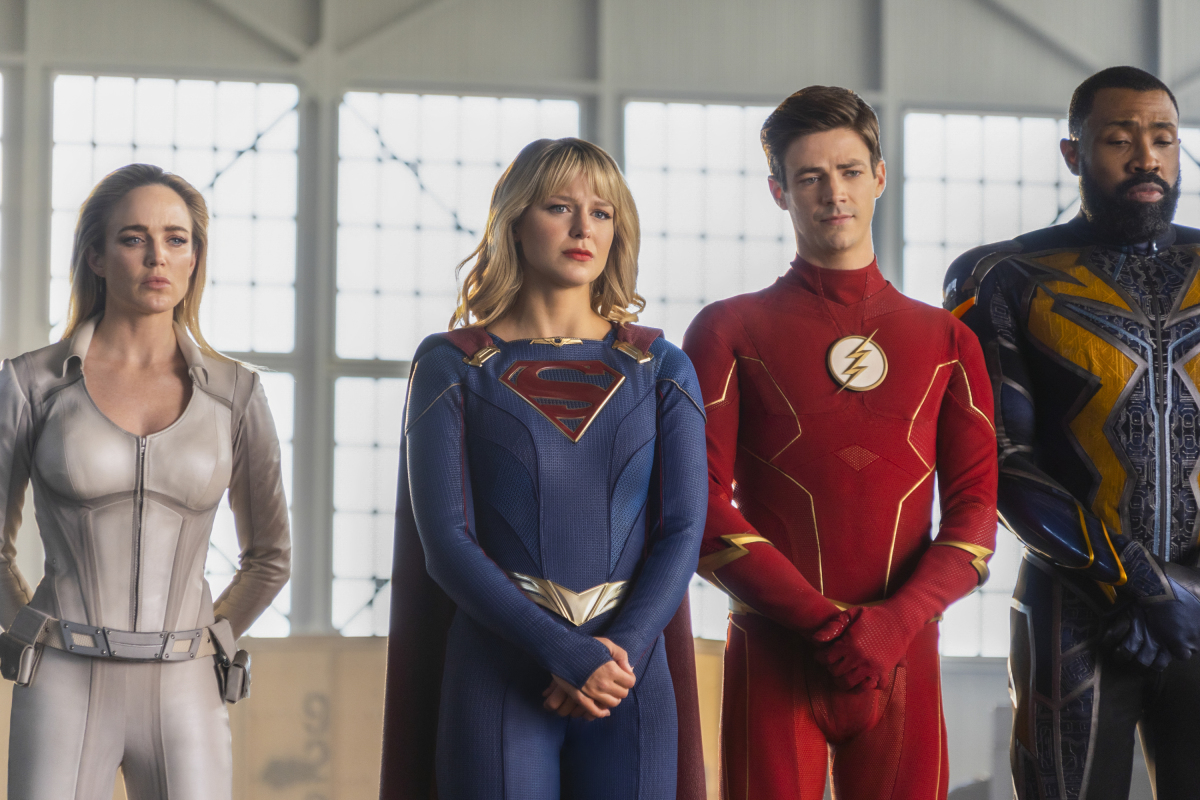 Everything we know about ‘The Flash’ Season 8 and ‘Armageddon’

The Flash Season 8’s “Armageddon” event will begin on Nov. 16 at 8 p.m. ET on The CW. The premise for “Armageddon” reads, “A powerful alien threat arrives on Earth under mysterious circumstances, and Barry, Iris, and the rest of Team Flash are pushed to their limits in a desperate battle to save the world. But with time running out and the fate of humanity at stake, Flash and his companions will also need to enlist the help of some old friends if the forces of good are to prevail.”

As mentioned before, the special crossover event will feature many familiar heroes from the Arrowverse. The list of special guests includes Chyler Leigh as Sentinel, Javicia Leslie as Batwoman, Cress Williams as Black Lightning, Brandon Routh as The Atom, Kat McNamara as Mia Queen, and Osric Chau as Ryan Choi.

Tom Cavanagh and Neal McDonough will also reprise their villainous roles as Reverse Flash and Damien Darhk, respectively. And the powerful alien threatening the world in The Flash Season 8 is Despero, played by Tony Curran.

Per TVLine, The CW recently released the first teaser trailer for The Flash Season 8 and its five-part event, “Armageddon.” In the video, we get our first glimpse of Despero, who tells Barry, “I came a long way to find you, Flash. Now that I have, I’m going to end your existence. You have seven days.”

Barry has seven days until what? Before he saves the world? Until he defeats Despero? Or before Ghostface comes to kill him? Whatever the case may be, it’s not looking good for Barry and Team Flash. Barry even said in the video that everyone he loves is going to die. Yikes.

The Flash Season 8 will only be the second time the Hall of Justice is seen in the Arrowverse. The meeting place for Earth-Prime’s superheroes was introduced in the final episode of “Crisis on Infinite Earths.” The Hall of Justice was formally an old S.T.A.R. Labs research facility owned by Eobard Thawne.

At the end of “Crisis on Infinite Earths,” the Arrowverse heroes, Barry Allen, Kara Danvers, J’onn J’onzz, Kate Kane, Clark Kent, Sara Lance, and Jefferson Pierce, gather in the hangar to hold a memorial for Oliver Queen. After, Barry reveals to them that he set up a meeting place in the building for them. In the Hall of Justice, each hero has their own chair with their superhero symbol. Barry even created one for Oliver, aka the Green Arrow.

Jefferson Pierce is the only Hall of Justice hero confirmed to appear in “Armageddon” in The Flash Season 8. So, it would make sense that he is the one to respond to Barry’s call in the trailer. But since Oliver’s daughter, Mia, will also be in the crossover event, perhaps she responds as well because she is the new Green Arrow.