We still have a few more months to wait before The Umbrella Academy Season 3 makes its way to Netflix. However, that doesn’t stop us from wondering about all of the possible storylines in the upcoming season. When a show like The Umbrella Academy involves time travel, all bets are off when it comes to who’s dead and who’s alive because things can change at any moment. We think there’s a chance for Diego’s love interest, Eudora Patch, who died in season 1, to return in the upcoming season.

What happened to Eurodora Patch in ‘The Umbrella Academy’ Season 1?

When Netflix introduced the world to the live-action series, The Umbrella Academy, the Hargreeves siblings were more disjointed than ever. Once the children grew up, they all went their separate ways to pursue different goals in their adulthood. When their adoptive father, Reginald Hargreeves, died, it set the events in motion that would ultimately cause the remaining six of Hargreeves’ children to unite.

Diego, in particular, never seemed to be able to move on from the crime-fighting days of his childhood. He joined the police academy but eventually got kicked out. Although, the reasons behind his dismissal aren’t clear in the Netflix series. Diego sees himself as a vigilante, but due to his unwillingness to follow the law (even if it’s for the greater good), he often finds himself in trouble with the local police.

When we meet Detective Eudora Patch in The Umbrella Academy Season 1, she’s investigating the incident at Griddy’s Doughnuts. When she later figures out Diego had already questioned a witness, she gets angry and tells him to stay away from the scene. The conversation that ensues implies the two were more than friends at one point, and it’s evident Diego still has feelings for her. Unfortunately, when she investigates a clue regarding Diego’s missing brother, she gets caught in a trap meant for Number Five. She dies when Cha Cha shoots her from behind. Diego arrives, but Eudora is already dead.

How could Eudora Patch return for ‘The Umbrella Academy’ Season 3?

When the Hargreeves siblings return at the end of The Umbrella Academy Season 2, they return to an alternate timeline. The events in Dallas changed the course of time, and now, back in 2019, The Umbrella Academy no longer exists. In its place stands The Sparrow Academy, with none other than the evil version of Ben Hargreeves as the leader. Ben died in the previous timeline, but he’s alive and well here.

An alternate timeline sets up the possibility that Eudora never died in the first place. If the previous timeline no longer exists, Eudora could easily still be alive. While the character didn’t get much screentime in the first season, the chemistry between her and Diego was evident. 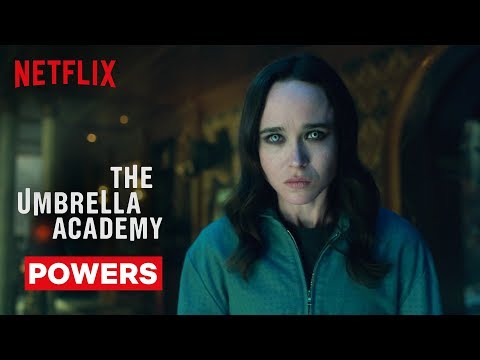 Why Eudora Patch could be a big help in season 3

While the Hargreeves siblings possess supernatural abilities, they don’t always use their brains in addition to their powers. Many of the incidents that occur could be avoided if they would take a moment to think through their plans. However, we admit that would be much less fun to watch.

Regardless, their lack of planning could use some help, and that help could come in the form of Detective Patch. Eudora has formal training in investigating crimes, and her intelligence could serve as a welcome addition to the Hargreeves crew. Whether or not fans will see this happen in The Umbrella Academy Season 3 won’t be known until the premiere. In the meantime, it gives audiences one more thing to wonder about while they wait for a new season of adventures with the Hargreeves family.