IT goes without saying that kids films aren't just for children.

Often, movies for younger viewers also have subtle jokes in for the adults that are likely to be taking them to the cinema or watching alongside them at home. 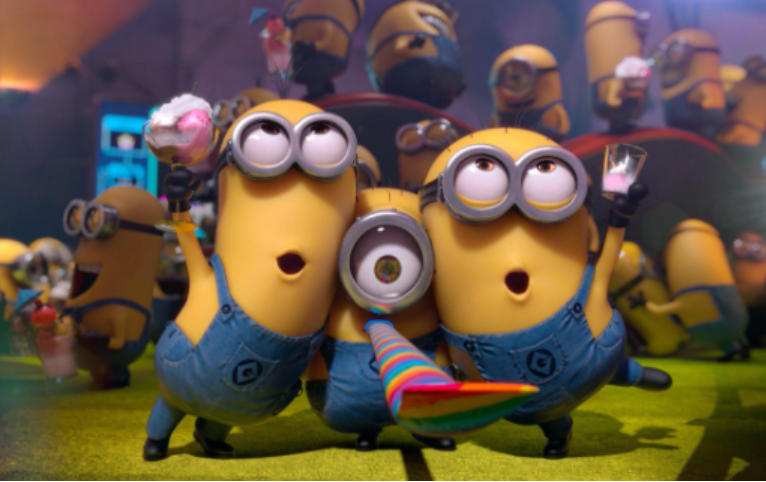 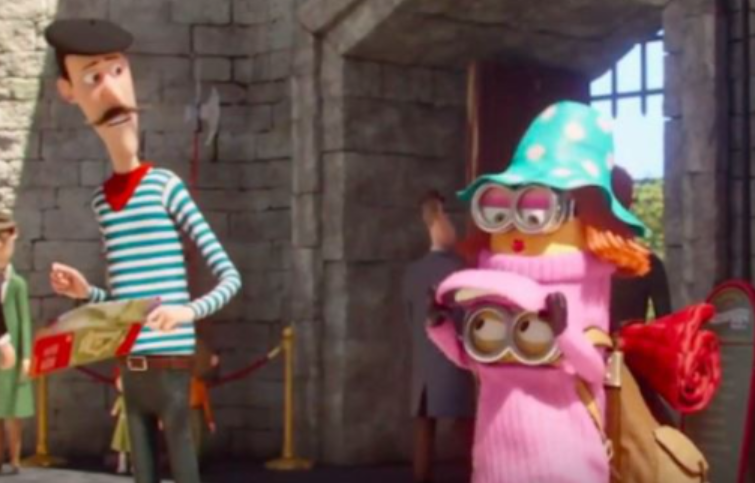 While the jokes go over the little ones' heads, the adults get it, giving all members of a family or household something to enjoy.

Minions, the 2015 spin-off prequel from Despicable Me, is no exception.

The film follows the quirky yellow creatures, that live to serve, as they work for an endless array of unsuccessful masters, from T-Rex to Napoleon.

However, one Minion, called Kevin, sets out to find his kind a new master, with the help of friends Stuart and Bob.

They end up meeting Scarlet Overkill, who soon tasks them with helping her steal the Crown Jewels from the Tower of London.

But in trying to do so, there is a funny moment where they are forced to stack up on top of each other and dress like a lady after being denied entry without an adult.

Wearing a pink roll neck jumper, wig and makeup, the Minions enter and pass a Frenchman who is caught staring at "her" boobs.

But he gets a shock when the middle Minion lifts up part of the jumper to reveal his eyes staring back at him.

Minions was the third installment in the Despicable Me franchise and stars Sandra Bullock, Jon Hamm and Michael Keaton.