Over the weekend, Boris Johnson and his fiancée Carrie Symonds tied the knot in a private and secretly-planned ceremony at Westminster Cathedral. The occasion makes Mr Johnson the first sitting prime minister in two centuries to wed while in office. Ever since, the pair’s nuptials have dominated headlines and were the first topic of conversation for This Morning hosts Dermot O’Leary and Alison Hammond with their guests Matthew Wright and Beverley Turner on the ITV show on Monday.

However, both Beverley and Matthew’s comments were deemed as “unnecessary” by swathes of ITV viewers as the pair pulled no punches in their critique.

After Alison and Dermot brought up the wedding, Beverley wasted no time with her verdict: “Who cares?!”

Delving further, she added: “Is he actually trolling us? There are so many brides to be who have had to postpone their nuptials.”

Beverley then described the wedding as “terrible timing, insensitive and crass” before Matthew jumped in. 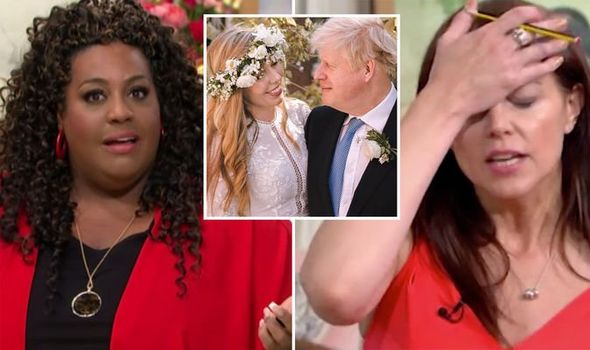 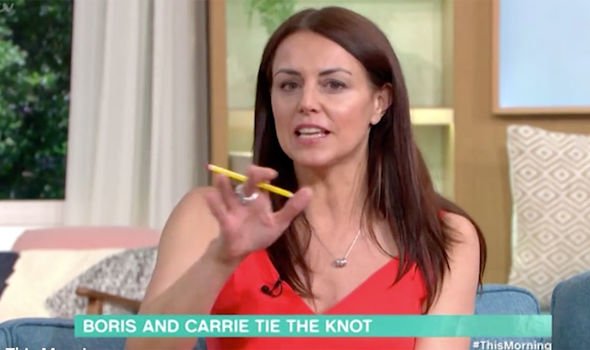 “What were they thinking? The timing is awful,” Beverley concluded before Matthew tried to offer a more diplomatic answer.

“I wish them well,” he began. “(But) there’s the sensitivity that Bev has just alluded to.

“There’s also the politics of it, today’s the day people are going to be told they’re not getting support for their property.”

Beverley weighed back in to blast the coverage of the wedding day, paying particular attention to Mrs Johnson’s attire. 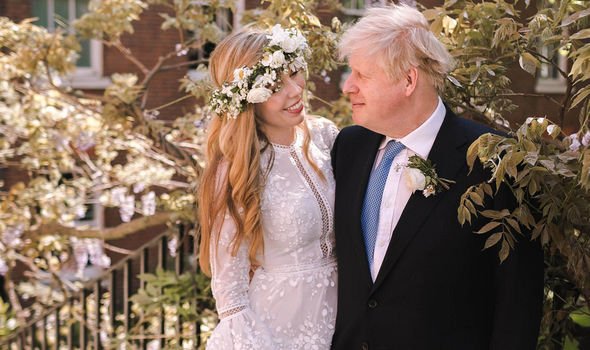 “The front pages are all bout Carrie and her oversized flower hat,” Beverley said.

Taking a more personal turn, the This Morning guest hit out: “I just think she has to have sex on a regular basis and that turns my stomach.”

Alison and Dermot tried to turn the conversation down a more balanced avenue, with the former questioning: “Don’t they deserve to be happy, Bev, in their private lives?”

Both Matthew and Beverley agreed “everyone deserves to be happy” but repeated that “the timing is awful”.

While Dermot and Alison did their best to try and keep a lid on the scathing putdowns their guests were dishing out, viewers at home were far from impressed.

So much so, a number switched off after hearing the attacks of Mr and Mrs Johnson.

Taking to Twitter, one fan said: “Absolute disgusting that this woman is allowed to be that personal about someone, utterly disgusting, switched off what a horrible person! I’m not a fan of Boris but saying that on national tv is disgraceful!”

A second echoed: “@thismorning shame on you Bev Turner. Your comments on This Morning about Boris and his wife were personal and not necessary.”

“Sat watching #thismorning with the first cuppa of the day… And whoever is in red dress, literally been repulsed about Boris’ sex life…So that’s welcomed and laughed about?,” a third questioned.

They added: “#BeKind wasn’t long ago Piers was getting more s**t for alot less!”

While a fourth simply put in response to the comments: “Wow! What happened to #bekind #ThisMorning.”

And a fifth agreed: “@thismorning @ITV #ThisMorning I’m sorry This Morning but please do not invite @beverleyturner on your programme again ! Totally ruined my one day of viewing when I don’t have to work, what ever happened to #bekind !”

This Morning airs weekdays at 10am on ITV.