Strictly Come Dancing host Tess Daly was hoping to show off her quizzing knowledge to win some money for charity this afternoon on ITV’s Tipping Point: Lucky Stars. However, she faced fierce opposition in the form of former England footballer Michael Owen and comedian Hal Cruttenden. And after a rocky start to her time on the show in round one, Ben Shephard was left smirking when he pointed she made a rather clear mistake in the round two.

Tess’ time on Tipping Point wasn’t exactly the smoothest as the BBC regular struggled to get off the mark.

In fact, both Hal and Michael had used all of their three counters in the first round before Tess could pop her remaining two into the machine.

Tess was also the only famous face who got a question wrong in the first round, resulting in her sacrificing one of her counters into the penalty pot.

This was snapped up by Hal and heading into round two, both Hal and Michael had racked up £1,100 for their chosen charity while Tess had accumulated £600. 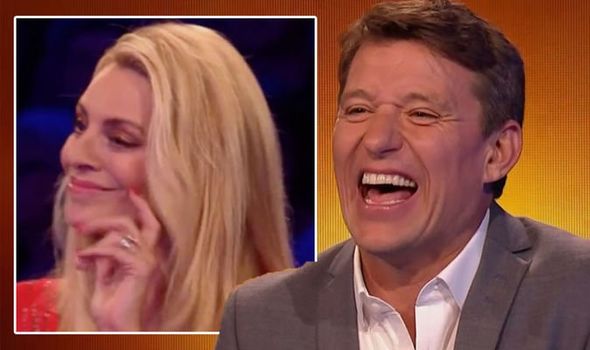 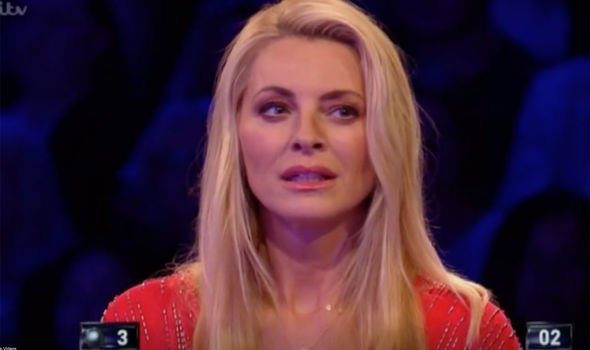 Things didn’t take a turn for the better in round two either when it was Tess’ turn to take on the quickfire round.

In this round, host Ben would fire questions at the celebs and the more answers they got right, the more counters they could pop into the famous machine.

Tess racked up a respectable three counters during the 30 seconds but when she slipped up on the final question, Ben pointed out a mistake.

Ben had asked her: “In which decade of the 20th century did construction of the Berling Wall begin?” 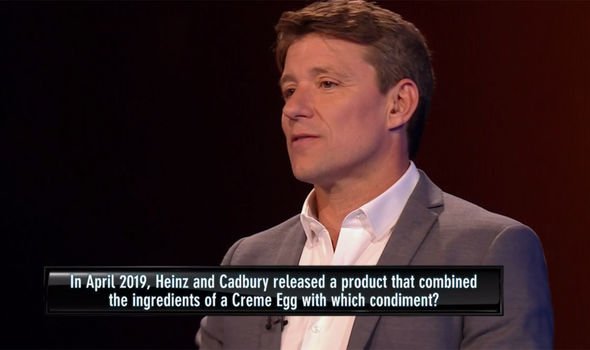 As the timer ran out, Tess still seemed to be in thinking mode and answered “pass” a number of seconds after her allotted time had come to an end.

Seeing the humorous side of the error, Ben made the ITV audience aware as he joked: “You said pass after the time ran out.”

Letting out a laugh at the mistake, Ben assured Tess: “Which I like,” while she tried to shrug off the error.

Sadly, there was no way back for Tess in round two and she was sent home with £600 for her chosen charity, The Great Ormond Street Hospital.

This left Hal and Michael in a head-to-head to see who’d be taking on the machine for the possible £20,000 jackpot.

As they faced off in round three, it was the former Liverpool and Manchester United striker who came out on top, making it to the final round with £3,600.

And the former footballer continued his good form into the last round of the show, edging the jackpot counter closer to the win zone with each category.

However, after racking up £6,700 and running out of categories, the jackpot counter still sat on the edge of the bottom shelf.

Michael was faced with the chance to trade the money he’d already won for three more counters.

After toying with the choice, Michael admitted he “wouldn’t be able to sleep” if he could’ve won £20,000.

But it proved to be a wrong decision as Michael headed home with a consolation prize of £1,000 for charity after failing to knock the jackpot counter off.