BORN and raised in Los Angeles, Doja Cat started out her career releasing music on SoundCloud when she was just a teenager.

Over the past few years, Doja Cat, 25, has since become a household name and has been linked to many famous faces during that time. 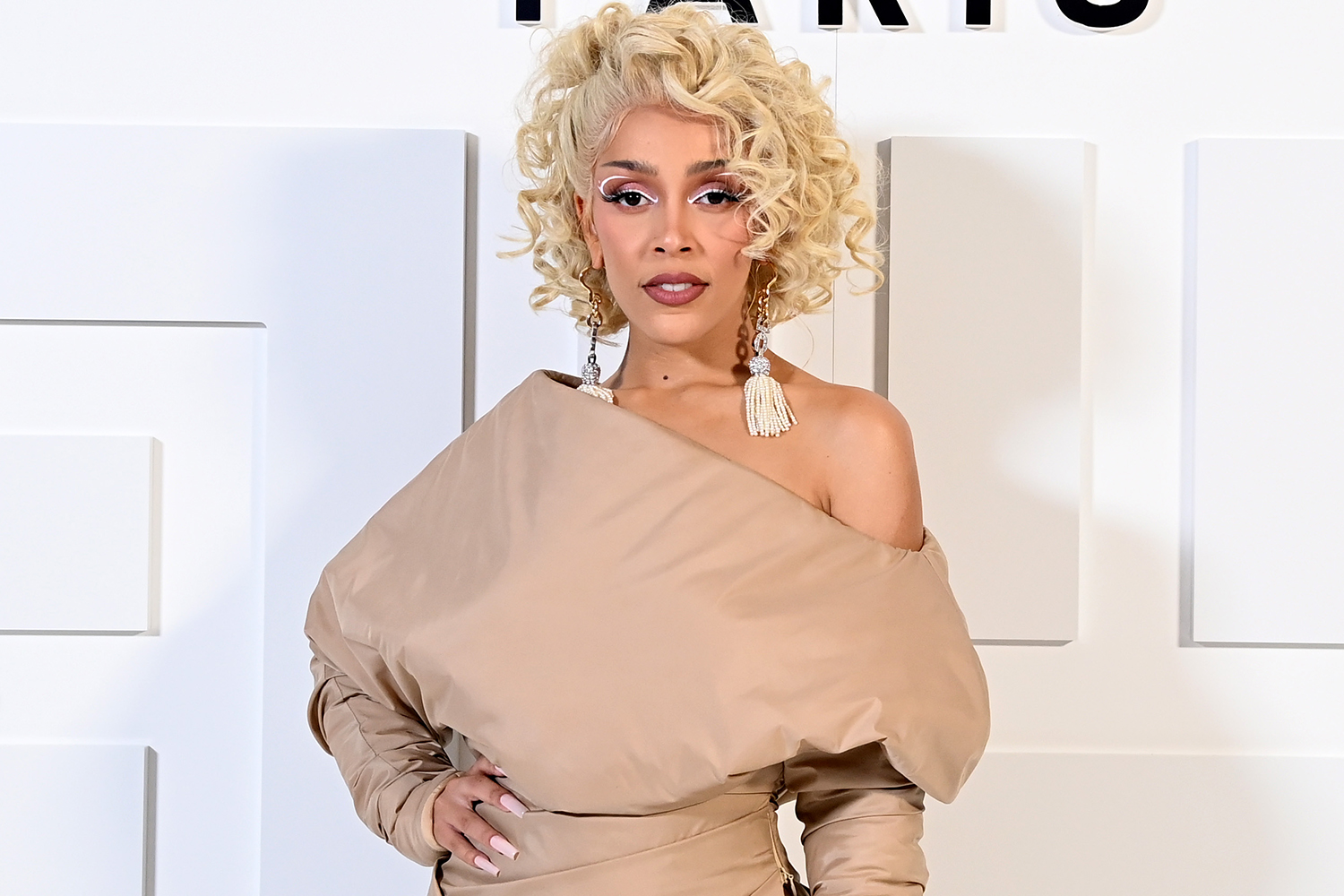 Who is Doja Cat?

She is known as an American rapper, singer and songwriter and most recently hosted the 2021 MTV Video Music Awards.

When she is not producing her own music, she is inspiring others like Lil Nas X , who revealed that her and Miley Cyrus are two of the biggest influences he's had during the start of his career.

"[Doja] is one of my biggest inspirations right now," Lil Nas X said speaking to Apple Music's Zan Lowe. "It first starts with just watching the VMAs last year, seeing her out there looking like a [expletive] star.

"…You can tell she puts a lot of effort into everything she does, but she's not going around like, 'I am the best. I am the queen of everything, 'And rightfully so, she could say that."

Over the years, Doja has released three studio albums and has collaborated with multiple artists.

At the 2021 VMA's Doja walk away with the award for Best Collaboration for the SZA-featuring song “Kiss Me More.”

While Doja Cat has been linked to a lot of people, she has only been in one official relationship.

Also known as JAWNY and Jacob Sullenger, Johnny Utah is one of Doja Cat's first public relationships and is known as an indie artist.

The former couple revealed during an Instagram Live session that they first met in 2019.

"I found his music video for ‘Honeypie,’ and I didn’t like the song,” she said according to Distractify.

“She hated it. She hates the song. She didn’t like the song at all,” Johnny added. “But I liked the way you moved,” Doja commented.

While the two seemed to click, their romance was short-lived and they reportedly broke up in February 2020.

"Everything’s fine. I’m okay, I unfollowed my ex-boyfriend on Twitter, and everything is okay," Doja Cat wrote following the breakup. "And we’ve been cool. There’s nothing weird going on. There’s no type of f**king drama or any weird sh*t going on. Sh*t just didn’t work out. … It just wasn’t working at the moment that it is right now, and we just f**king moved on.”

Outside of Johnny, Doja Cat hasn't been official with anyone else, however, over the years, she has been linked to:

She has only been rumored to be with French Montana since they were seen together on a yacht in October 2020, but Doja denied that they were together in a tweet.

French, 37, shared a video of the two joking about at the top of a water slide while celebrating his lawyer Adam Zia's birthday, which had followers speculating.

The rumors of the two dating have not been confirmed.

As of September 2021, Doja is reportedly single. 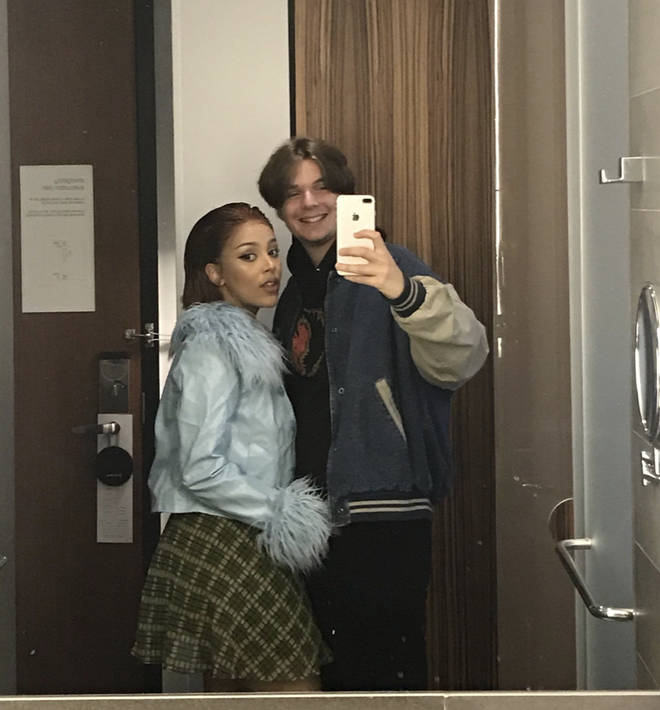 What has Doja Cat said about future collaborations?

Following the VMA's, Doja sat down with Extra to talk about her future partnerships, and why she's being careful.

“I’ve been trying to be more careful about who I’m collaborating with,” Doja told the media outlet. “Not to say that the people on my album aren’t, like, they’re incredible. Like, they are. They’re the perfect features on my album. But I do wanna be more choosy about what I’m doing because I feel like a lot of features are coming out and it feels like people are just getting on each other’s songs for the sake of having them on each other’s songs.”

Doja later went on to say she's going to be “really careful” not to contribute to that narrative. 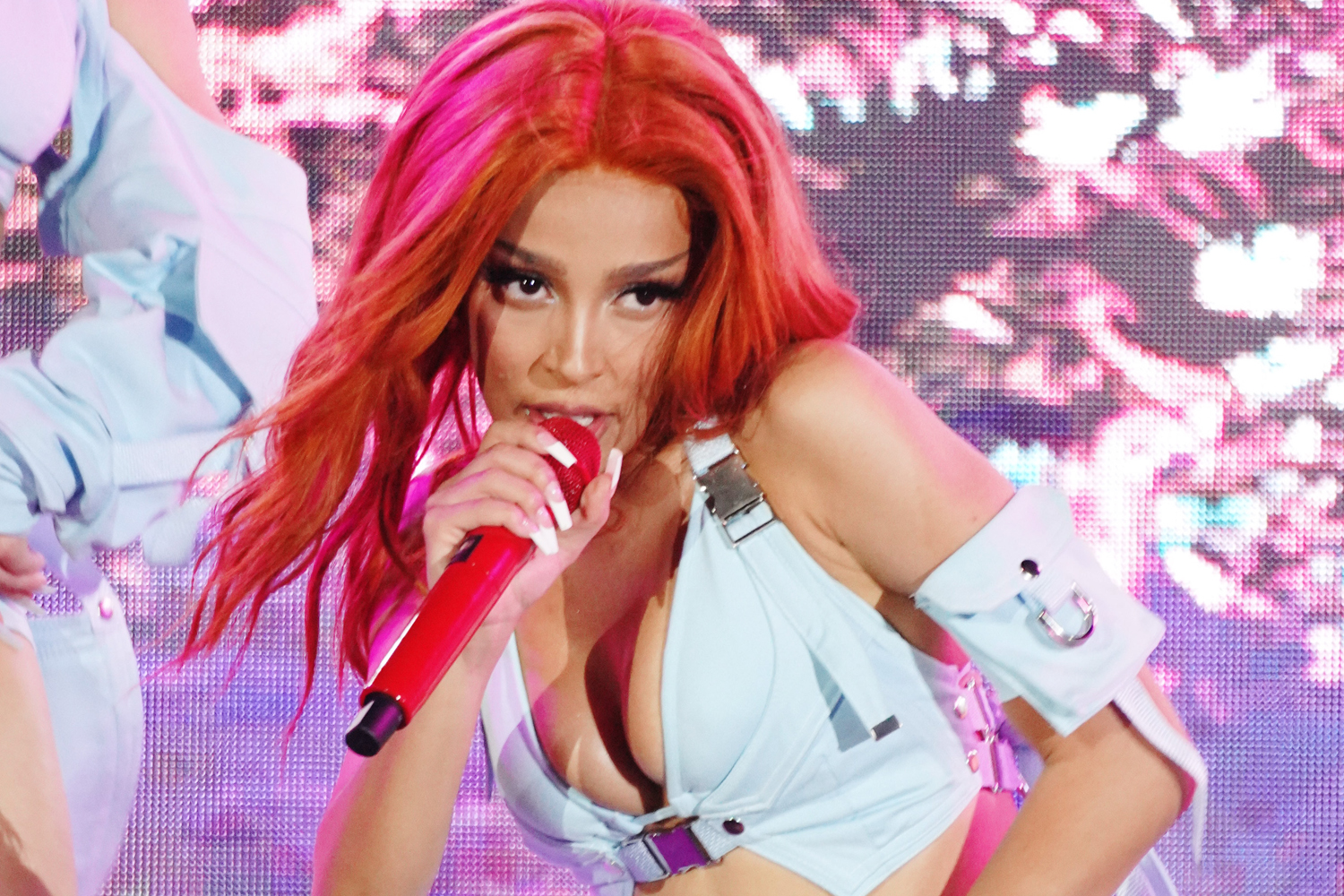 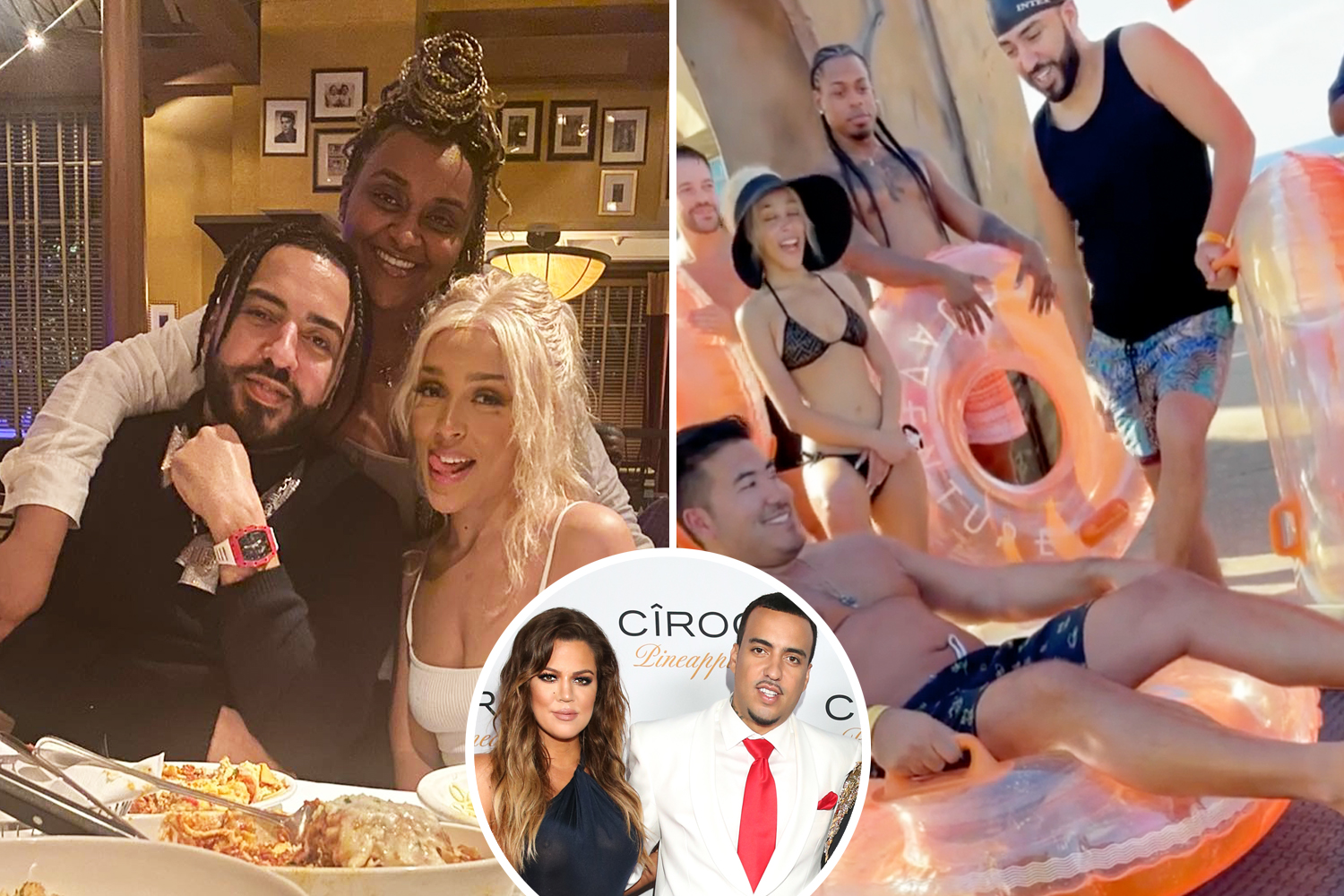 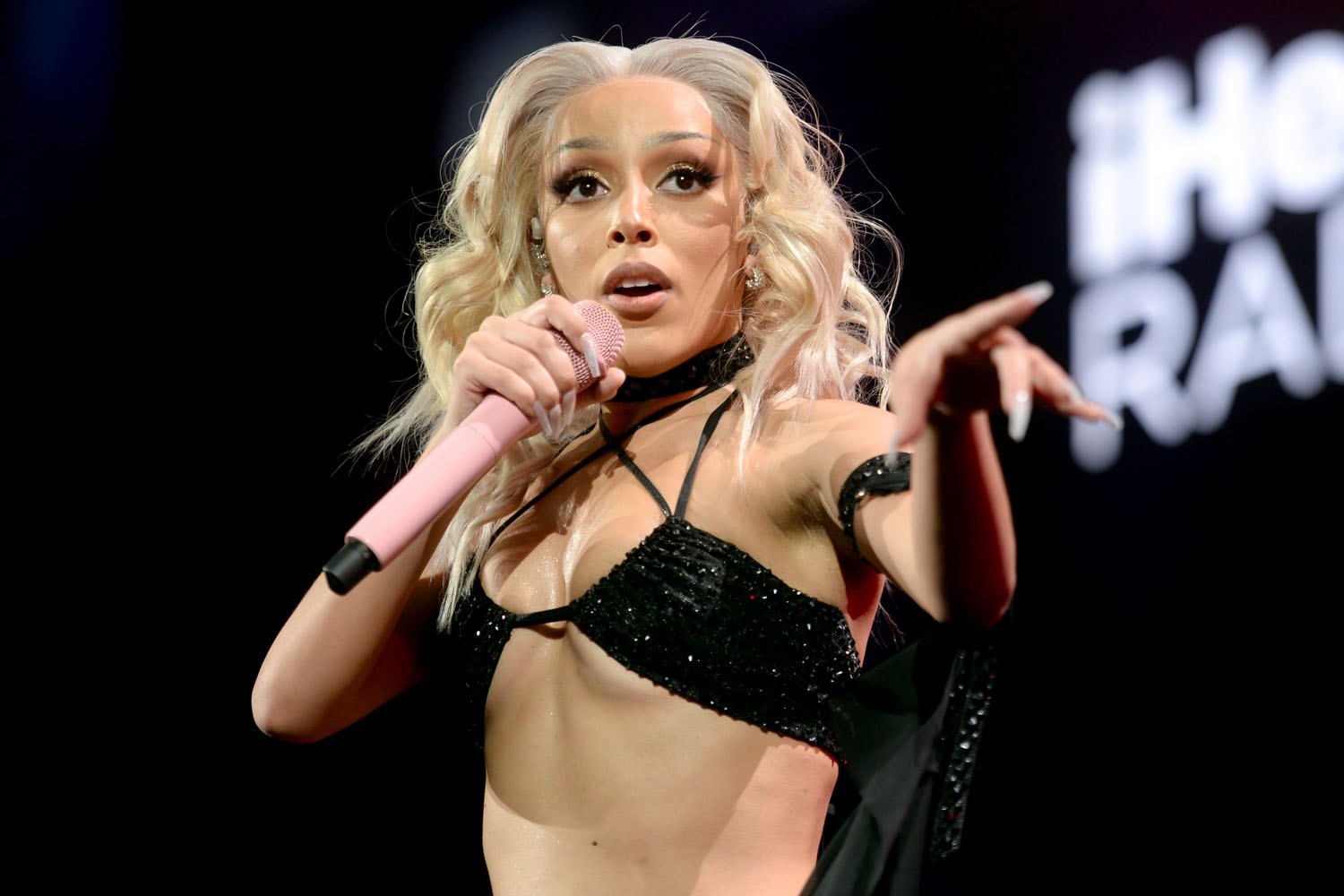 THE EYES HAVE IT

Everything about Doja Cat's eyeshadow palette 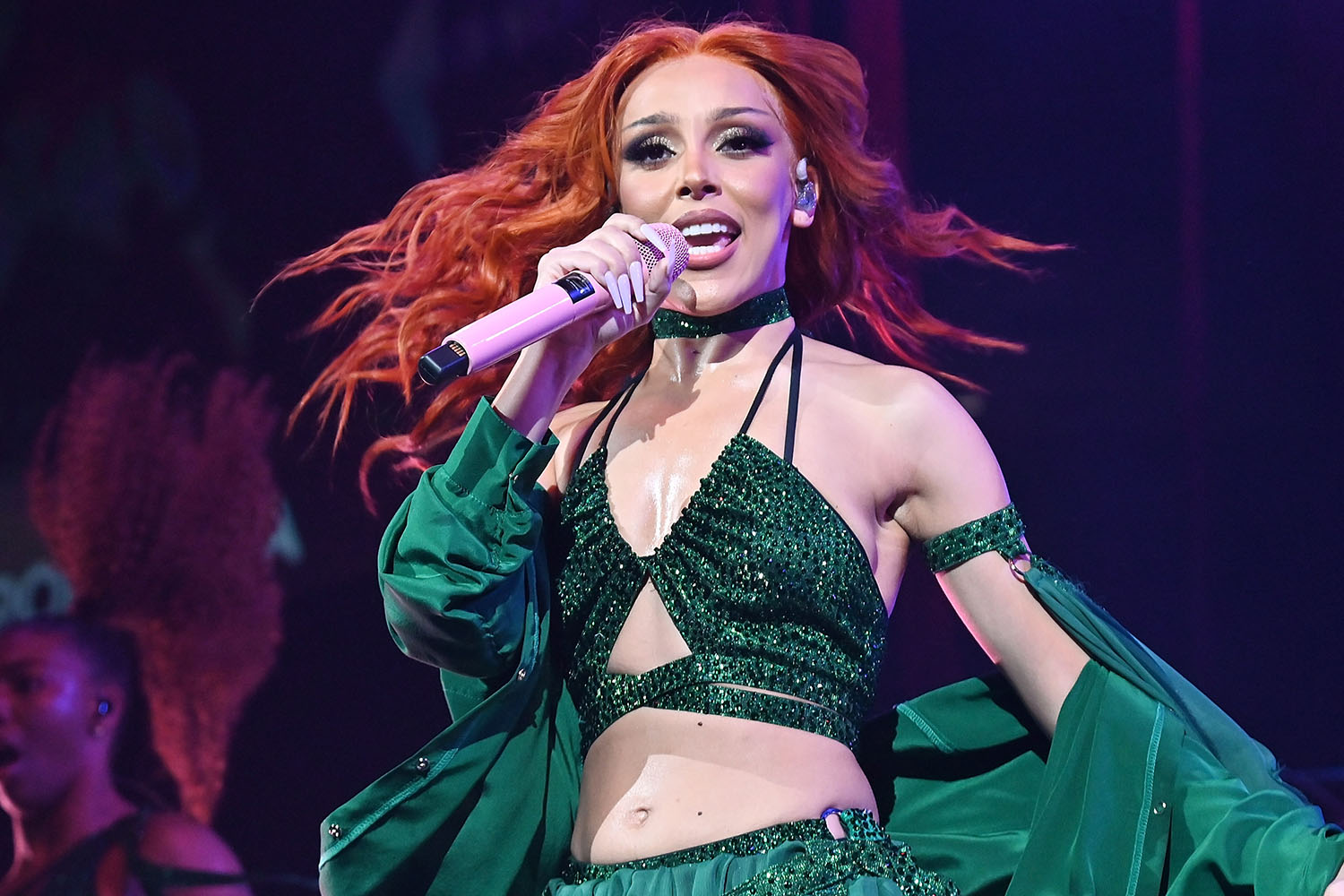 “I want to be really careful about that,” she continued. “You know, sometimes it’s too much collabs and remixes and things like that.”

Doja's most recent album, Planet Her was released on June 27, 2021 and has multiple collaborations.

Those featured on her album include The Weeknd, SZA, Ariana Grande, Young Thug, Gunna, Eve, and JID.