Ahead of the fourth season of Paramount’s hit western drama Yellowstone, it’s safe to say the fandom has been inundated with theories and predictions about the future of the Dutton family. With so many of their fates still up in the air after the explosive third season’s finale, theories about the likes of John (played by Kevin Costner), Kayce (Luke Grimes) and Beth’s (Kelly Reilly) survival have dominated conversation. However, Jamie’s future has also piqued the attention of many, especially considering the absence of his pregnant ex Christina (Katherine Cunningham) in season three.

However, this certainly looks like a plot that could be revisited in season four, especially after fans learnt more about Jamie’s relationship with Beth and their dysfunctional family life in the third outing.

During season three, Paramount viewers discovered why Beth held such a deep-seated resentment for her sibling with the revelation he’d taken her to a backstreet abortion clinic to terminate a pregnancy when they were teens – which resulted in her being sterilised without her knowing.

In season three, episode six, Beth blasted Jamie for believing he was helping the family without “looking at the results of your help” and refusing to “acknowledge the carnage you leave behind”.

But Jamie appeared to be having none of it, insisting everything he does is in order “to protect the family, most of the time from itself”. 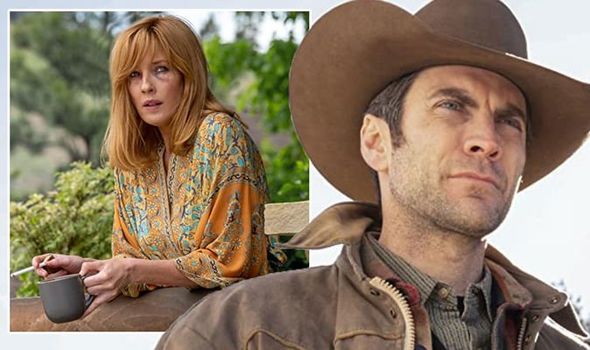 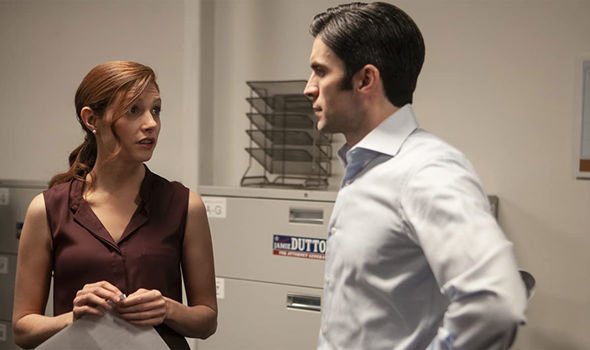 As a result, Jamie has also kept Christina’s pregnancy a secret for an entire series now.

Jamie had gotten together with Christina in season two while the two worked together on his campaign to become Montana Attorney General.

The wheels soon fell off the campaign, however, especially when Jamie decided to do a tell-all interview about his father John and the illegal activities taking place on the Yellowstone ranch.

After killing the journalist to stop her publishing the piece and returning to the ranch racked with guilt, the now-pregnant Christina feared she’d meet a similar fate. 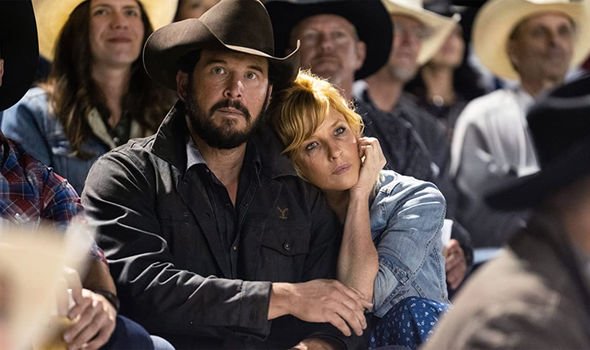 Jamie tried to reassure his ex no harm would come her way before she asked him to respect her wishes and play no part in the child’s life.

But could season four provide the perfect opportunity for Jamie to reunite with his son – and even end up giving it to Beth as some sort of desperate attempt at reconciliation?

The theory stems from Jamie’s behaviour as well as quotes from Bentley himself.

He told Paramount in a Behind the Story feature, that Jamie “had resigned himself to being single for the rest of his life and that’s just the way it was going to be because of commitment to the family.”

He continued: “So, the idea of a kid, I don’t even think he can put that together in the moment, except that he knows immediately that kid might be in danger.”

But if Christina makes a return into his life while Jamie is still unprepared to look after it, it’s not unlikely he could turn to Beth.

Especially if Christina reappears and the Duttons – given they survive – discover what she know about the ranch. Could she be heading to the “train station”?

Tipping the theory, one fan said on Twitter: “Calling [it] now, Jamie somehow gets the baby from Christina and gives it to Beth to raise.”

And it didn’t take long for other members of the Yellowstone fandom to agree, with one replying: “I was thinking this same thing. His Father killed his mother. Maybe Christina will die as well.

“Jamie can’t or doesn’t want to raise a baby. Beth wants to marry & give Rip (Cole Hauser) a baby but can’t. Let’s just hope Jamie doesn’t do anything shady or Beth will kill him.”

A second echoed: “Thinking the same thing, but man will it probably not be that clean cut.”

Fans will have to wait until season four drops on Paramount to find out for sure.

Yellowstone season 4 premieres on the Paramount Network later this year.