London: A British society promoting Robin Hood gained more than 30,000 followers overnight after being mistaken for a US stock trading platform.

Organisers of the World Wide Robin Hood Society were surprised to find their 400 Twitter followers had swollen to 33,000 in a few hours.

The flurry of interest in their society also led to its online shop, which sells Robin Hood memorabilia, temporarily crashing due to the number of visitors to the website. 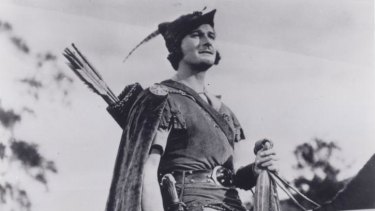 Social media users had mistakenly thought that the society’s profile belonged to the US stock trading app Robinhood.

Robinhood came under the spotlight this week after it halted trading in stocks such as GameStop, a US retailer at the centre of a social media investment frenzy that has caused its shares to soar. Amateur traders on social media platforms such as Reddit have been pouring money into selected stocks, partly in an attempt to cause Wall Street hedge funds to lose money.

Hedge funds often take “short” positions against a stock, betting that it will fall in value. Activists with political objections to hedge funds have been driving up the price of some heavily shorted stocks, while other online day traders have jumped on the bandwagon in an attempt to make money.

Many activist investors used retail platforms such as Robinhood to place their trades, but the firm blocked the buying of some equities on Thursday.

When the society was asked if it had any stock tips, a spokesman replied: “We only know about the old-fashioned stocks, I’m afraid.”

Lisa Douglas, who runs the society’s social media accounts, said the increase in interest had been “a complete and utter surprise”, and with Nottingham Castle due to reopen after renovations, she hopes it brings a boost to the city.

“We’ve known about Robinhood for quite a long time because we’ve been getting quite mean messages from their frustrated customers, but it just went absolutely crazy,” she said.

“What we’re going to do now is really build on the website and the Twitter side of it, because if you’ve got this many followers you’ve got a responsibility to keep them entertained and informed.“