Ruth Wilson fell in love with Jane Austen in a Griffith cinema in the late 1940s, watching Greer Garson’s Elizabeth Bennet judge, reject, then fall in love with Mr Darcy. When she gushed about the film at school, her English teacher introduced her to Pride and Prejudice.

Emma followed, then Mansfield Park. Mrs Wilson, now 88, re-reads Austen’s novels every year. Each time she interprets them a little differently, and finds new parallels between her own life and those of the heroines in the books.

“We bring what we are to everything we read,” says Mrs Wilson, who has just finished a PhD in teaching Austen. “And every time we re-read it, we bring something else because we’ve lived another couple of years, and we’ve experienced more.” 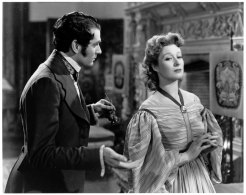 Around that time she read Mansfield Park, in which the characters put on a play that leads most to trip on their own moral failing. The heroine Fanny Price, however, holds firm – a lesson Mrs Wilson has never forgotten.

She also discusses her affinity with plain, plodding Mary Bennet, Elizabeth’s bookish sister in Pride and Prejudice. “Less pretty, less agile, less popular than many of my friends, I found, in books and reading, a resource for getting on with life,” she wrote in her thesis.

Mrs Wilson said understanding human experience, developing one’s sense of self, and having an awareness of others is the essence of the novel. “That’s what I want reading classrooms to be doing,” she said.

“It’s about representing life in a way that is true to the inner experience. That’s really what you want young people to come out of school understanding. Reading is a bolster, it helps you over the hurdles.

“I actually think my reading classroom in 1948 was closer to that. We talked more. We were not concerned with a whole lot of theories. It was all about enjoying English, and enjoying reading, and talking about what you read.”

Mrs Wilson – who was once an elocution teacher – also believes the books should be read aloud more often, as Austen intended. “I’d like to go into classrooms and have reading aloud of [Austen’s] conversations,” she said.

Renowned Austen experts supported Mrs Wilson’s thesis. It is “advocating a new kind of reading pedagogy [teaching approach] that could be extremely valuable to teachers,” wrote Katie Halsey, author of Jane Austen and her Readers. 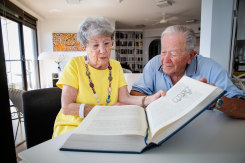 Eva Gold from the English Teachers Association said the purpose of teaching English was to give students an ability to read and write about texts according to their needs. Teachers use different methods to ensure students understand.

“Emma … can be read in many ways – for pleasure, for personal insights, for historical understanding … we do the lot over the years,” she said.

Northanger Abbey is Dr Wilson’s least favourite Austen – she doesn’t read that every year. It was the last one she read when she discovered Austen’s novels, and it should have been the first. “If I’d read her when I was emerging from Anne of Green Gables, I think she would have sat very comfortably,” she said.

The novel she re-reads most is Persuasion. “Austen was much older when she was writing it,” Mrs Wilson said. “In a way, [heroine] Anne Elliot is in her autumn. She thinks it’s all over. I think why it’s so wonderful for more mature people is, it’s part of the recycling of life; she comes alive again.”

While Mr Darcy is the most loved of Austen’s heroes, Mrs Wilson’s favourite is Captain Wentworth, for the letter he writes Anne Elliot. “Those four words, ‘you pierce my soul’,” Mrs Wilson said.

Mrs Wilson has been married to her husband, David, for 67 years. He is not a big Austen reader, and finds the language dense. When asked which Austen heroine is most like his wife, he replies “none. She’s Ruth”.

Mrs Wilson will become Dr Wilson in March, and hopes to have her work published in an English teaching journal.

Thirties; Mansfield Park’s Fanny Price falls below those around her in status and wealth, but outshines them all in strength of character

Thirties, 40s and beyond; Persuasion’s Anne Elliot thinks the best of life is behind her, but has an unexpected renaissance

Catch all the day’s breaking news

At the end of each day, we’ll send you the most important breaking news headlines, evening entertainment ideas and a long read to enjoy.  Sign up here.