Delhi: The Indian government has been criticised for the “Disneyfication” of the site of the Amritsar massacre after installing a flashing light show and thumping sound system as part of a revamp. 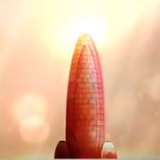 ‘Disneyfication’: Renovated complex of Jallianwala Bagh Smarak of the Amritsar massacre in India.Credit:Twitter

On Saturday, Prime Minister Narendra Modi inaugurated the renovated site at Jallianwala Bagh, posting a video on Twitter of a sound and light show at the location.

The massacre in Punjab saw hundreds of unarmed Indians killed and was a turning point in the struggle for Indian emancipation.

On April 13, 1919, British troops led by General Reginald EH Dyer fired without warning on a peaceful protest of thousands of unarmed people in Jallianwala Bagh, a quadrangle with a well and a narrow passage, that is surrounded by tall houses.

General Dyer blocked the exits and ordered his troops to fire on the crowd gathered to protest a new law – the Rowlatt Act- which allowed certain political cases to be tried without a jury and the internment of suspects without trial. Caught in the chaos were also people there to celebrate the solar new year festival Baisakhi. British troops only stopped firing when their ammunition ran out 10 minutes later.

The site had been left largely as it was a century ago, with walls still flecked with bullet holes.

“Such an insult to the martyrs of Jallianwala Bagh can only be done by those who do not know the meaning of martyrdom,” said opposition leader Rahul Gandhi.

As part of the revamp, the walls of the passage that General Dyer’s men used to access the complex have been decorated with embossed murals. The Martyrs’ Well, a water hole into which people jumped to avoid bullets, has been covered with a transparent barrier. 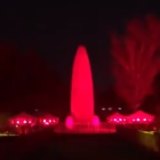 A monument at for the Amritsar massacre in India.

He described the addition of a light show as the “Disneyfication of the old city of Amritsar”.

Kim Wagner, a historian at Queen Mary, University of London tweeted: “The last traces of the event have effectively been erased.”

Allies of Modi have defended the renovation. “These sculptures in the lane will make visitors conscious of those who walked in on that day […] Earlier, people walked this lane without knowing its history, now they will walk with history,” said Shwait Malik, an MP for Modi’s ruling BJP.