Our live coverage of the coronavirus pandemic is free for all registered readers. Please also consider supporting our journalism with a subscription.

No ‘special favour’ given to Djokovic for vaccination exemption, says Tennis Australia

Tennis Australia says there’s been “no special opportunity” granted to tennis star Novak Djokovic after the nine-time Australian Open champion revealed he was granted an exemption to enter the country without being fully vaccinated.

The Tennis Australia boss said players granted a medical exemptions would have gone through a two-stage, independent process to verify they meet the criteria. This could include having a bad reaction to an earlier dose of a coronavirus vaccine. However, we don’t know the exact nature of Djokovic’s exemption.

Djokovic announced on social media last night he would be heading to the Australian Open after being granted the exemption, ending months of speculation over whether he would compete at the first Grand Slam of the year.

“I’ve spent fantastic quality time with my loved ones over the break and today I’m heading Down Under with an exemption permission. Let’s go 2022!” the Serbian wrote on Instagram.

Nine, the broadcaster of the Today show, is also the owner of this masthead.

Victoria’s pandemic advisers are calling for nightclubs to be temporarily closed and the urgent implementation of a statewide database system able to upload the rapid test results of thousands of Victorians not being included in the escalating coronavirus infection numbers.

Epidemiologists say the state government must act now to slow down the trajectory of infections and address the state’s testing crisis, warning that without immediate intervention Victoria is heading towards a sustained stretch of high coronavirus case numbers and acute stress on the hospital system. 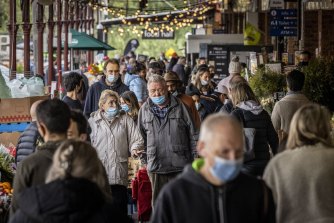 Pandemic advisers are calling for nightclubs to be temporarily closed in Victoria and the urgent implementation of a statewide database system.Credit:Wayne Taylor

This masthead has confirmed the discussions are occurring within the Victorian government about the possibility of additional public health measures, including density limits on hospitality venues and closing indoor dance floors. Onerous measures like lockdowns and limits on household gatherings are not presently part of those discussions.

Ministers are receiving regular updates from the state’s public health team about rising case numbers and acting Premier Jacinta Allan confirmed on Tuesday that “commonsense” measures would be considered.

More on the situation in Victoria here.

Hundreds of NSW childcare centres shut due to COVID

Almost 270 early childhood centres in NSW were shut due to COVID-19 yesterday, as the sector braces for further closures due to staff illness, causing more headaches for parents at the start of the working year.

The sector is also preparing for stress over fees and concerns about sick babies and toddlers waiting in long, hot queues for PCR tests. 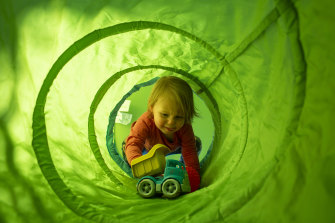 Hundreds of NSW childcare centres are shut due to COVID-19 Credit:Ryan Stuart

As Omicron cases surge in NSW, the federal authority overseeing the childcare sector – the Australian Children’s Education and Care Quality Authority – listed 268 centres across the state as closed due to a public health emergency on Tuesday, compared with 21 in Victoria and 15 in Queensland.

It comes amid warnings that children’s return to school classrooms early next month is also likely to be significantly disrupted by illness among teachers and students, with the NSW Teachers Federation warning of “serious challenges” ahead.

This morning’s headlines at a glance

It’s Wednesday, January 5. I’m Broede Carmody and I’ll be anchoring our live coverage for most of the day.

Here’s everything you need to know before we get started.