Classic 1926 Bentley once owned by Pink Floyd’s former manager is tipped to sell for £600,000 at auction

A classic 1926 Bentley car owned by Pink Floyd’s former manager Steve O’Rourke is tipped to sell for a staggering £600,000.

The immaculate 6.5 litre tourer with dark green paint work and a leather interior was added to his extensive collection in 1980.

As well as being a famous band manager, he was a prolific motor-sport enthusiast known for racing with band members including drummer Nick Mason and guitarist David Gilmour.

It is being sold with auctioneers Bonhams as part of one man’s extensive collection of cars worth over £4 million. 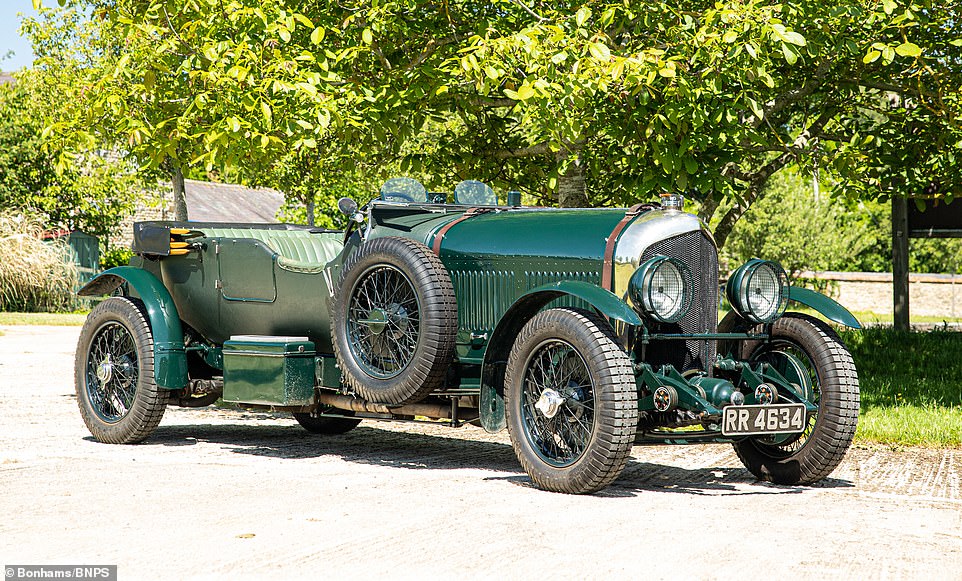 This classic 1926 Bentley car owned by Pink Floyd’s former manager Steve O’Rourke is tipped to sell for £600,000 at auction 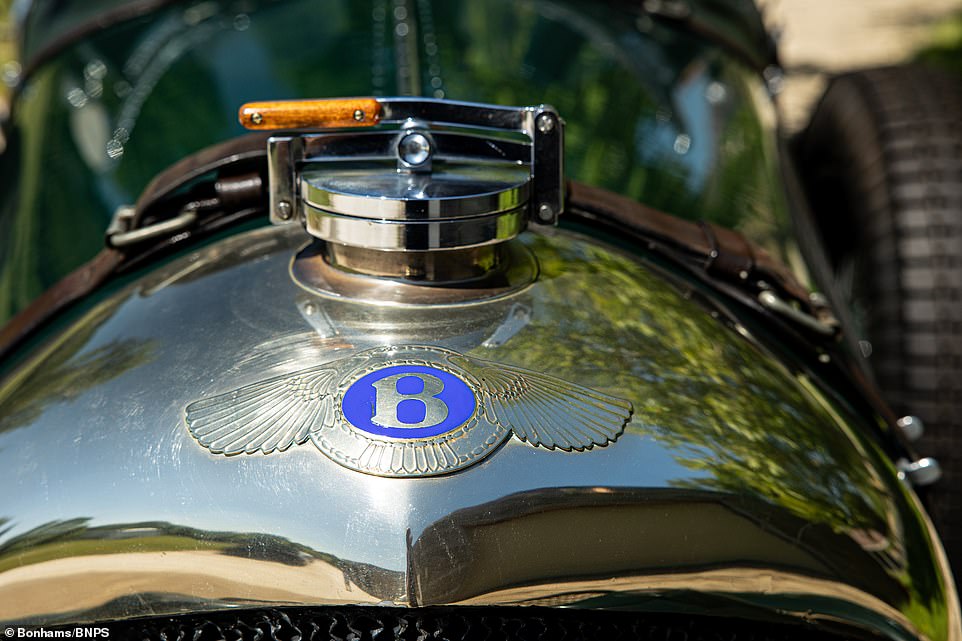 The immaculate 6.5 litre tourer with dark green paint work and a leather interior was added to his extensive collection in 1980 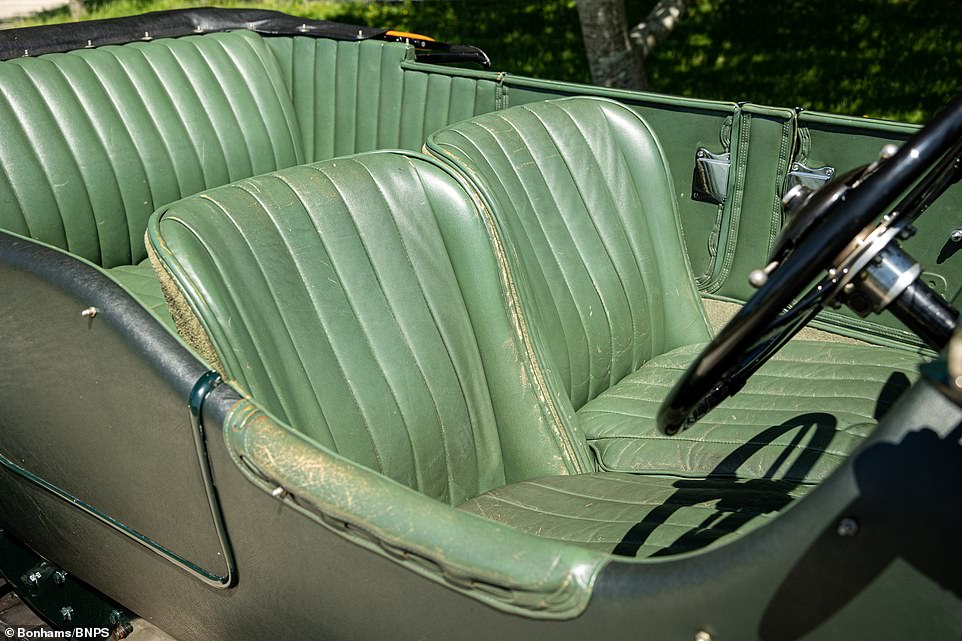 The fleet of 25 cars owned by the late Stan West, a hugely-successful tradesman in car parts, includes Aston Martins, Rolls Royces and Bristols.

Sholto Gilbertson, specialist at Bonhams, said: ‘Steve O’Rourke was a wild and crazy character with a lot of good cars which he raced in along with members of the band including drummer Nick Mason.

‘He threw himself into things so it is very likely he had a lot of fun with this Bentley.

‘It later belonged to Stan West, a successful businessman who built up a really interesting collection of motorcars. Pictured: the classic motor has been finished in traditional British Racing Green with matching leather interior 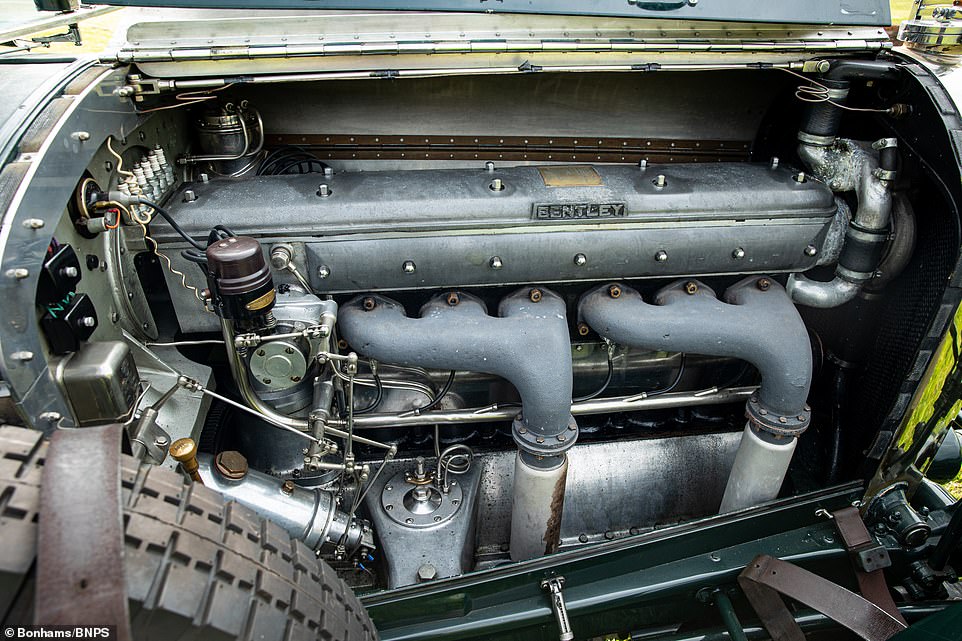 The 6½-Litre had been conceived as a touring car to compete with Rolls-Royce’s New Phantom. Pictured: the engine 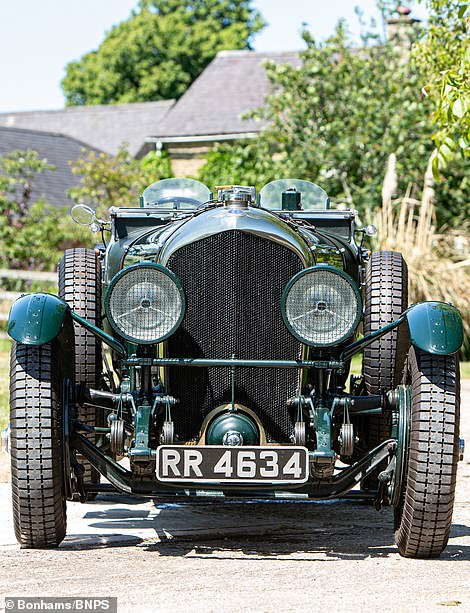 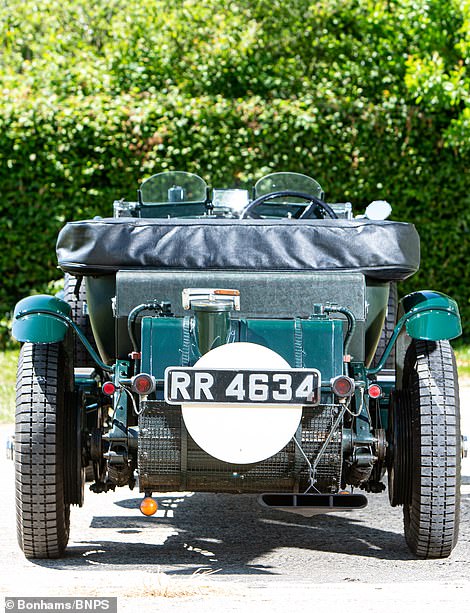 Bentley’s 6½-Litre had been conceived as a touring car to compete with Rolls-Royce’s New Phantom.

Although based on the 3 Litre’s engine, the 6½ engine incorporated many improvements.

According to Bonhams, this particular 6½-Litre is one of 242 erected on the long frame favoured by the majority of customers.

In December 1969 the Bentley was acquired by William A Liddell, by which time the wheelbase appears to have been shortened from its original 12′ 6″ to 12′ 2″.

It was restored by renowned marque specialist Tony Townshend.

In 1980 the Bentley was purchased by successful historic racer Steve O’Rourke.

Mr O’Rourke sent it back Tony Townshend for the present Vanden Plas-style Le Mans replica body to be installed. In April 1984 Mr O’Rourke sold the Bentley, which passed into the ownership of Mr N A Eastaway of Bishop’s Stortford

‘In 1977 Stan started a car part business in one half of a tumbled down shed in Battersea. His company GSF became one of the largest car part distributors in the market.

‘It is truly remarkable what he managed to achieve from such humble beginnings.’

Walter Owen Bentley established Bentley Motors in 1919 in the North London suburb of Cricklewood, though deliveries did not begin until 1921.

The 6.5 litre tourer was introduced in 1926 to address customers’ needs for a larger car and 362 were sold by the end of production four years later.

O’Rourke completed the Les Mans 24 hour race in 1979 when he finished 12th in his Ferrari.

In 1981 he founded his own racing team, EMKA Racing, which competed in several rounds of the British Formula 1 championship.

O’Rourke co-drove a Jaguar C Type with Gilmour across Mexico in the Pan Americano Retro Race in 1991, surviving a dramatic crash with a broken leg. 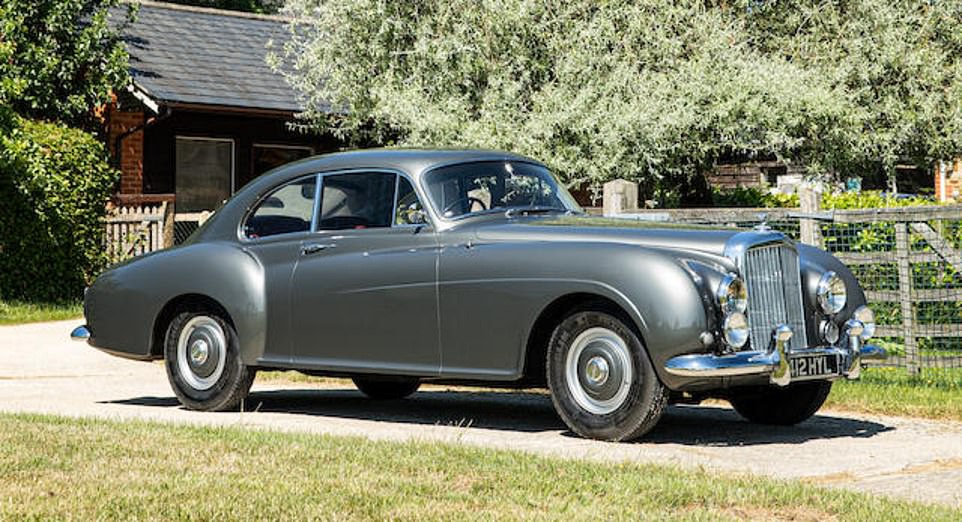 Pictured: A 1955 Bentley R-Type Continental Sports Saloon which could fetch up to £800,000 at auction 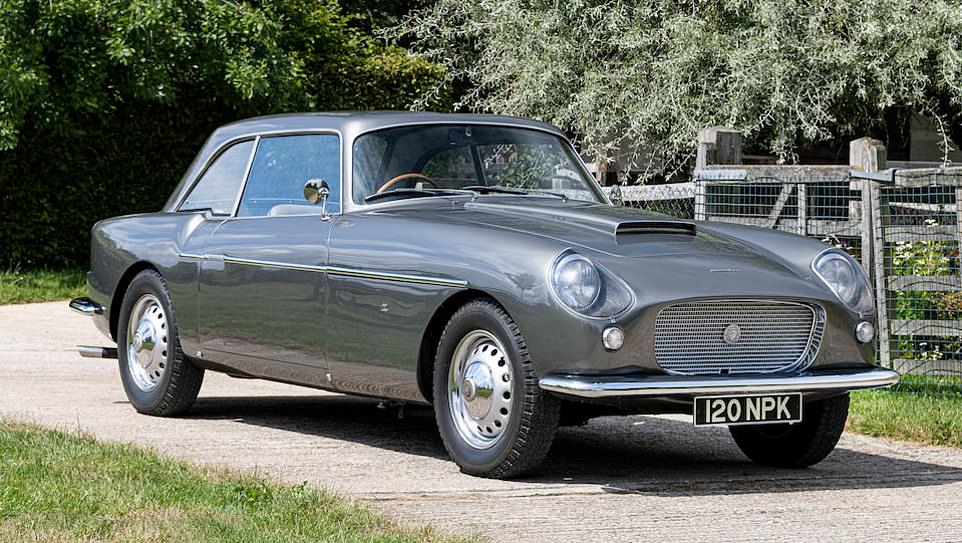 GSF Car Parts was founded by Stan West in a Battersea salvage yard in 1977.

According to the company’s website, it has since grown into a major distributor of specialist car parts with over 70 stores in the UK.

He passed away in 2020 and his cars are being sold on Saturday at the Goodwood Revival in West Sussex.