In a new interview, U.S. Secretary of Commerce Gina Raimondo expressed certainty that the bill, known as Build Back Better, would succeed but acknowledged that the final version would "look different" from the expansive measure proposed by the White House and passed by the Democrat-controlled House.

"It has to get done. It will get done," Raimondo told Yahoo Finance Editor-in-Chief Andy Serwer on Thursday. "It'll look different, whatever the president signs. This is a prediction I'm willing to make."

Before Christmas, Manchin delivered a $1.8 trillion counteroffer to Biden's bill that included funds for climate change and health care provisions, among other programs. But Manchin later withdrew his support even for that version of the bill, after negotiations fell apart between him and the Biden administration, the Washington Post reported.

The larger Biden-backed version of the bill includes universal pre-K, child care funding, continuation of the expanded child tax credit, and a host of climate change spending that features tax credits for consumers who transition to clean energy.

The revised measure planned by the White House will exceed $1 trillion but could shrink or remove provisions like home health care, universal pre-K, and paid family leave, Reuters reported.

Raimondo, who led a venture capital firm and served as Rhode Island governor before joining the Biden administration, said the final version of the bill will address key areas the White House sought to tackle from the beginning of the legislative effort.

"It will be making investments in climate, in the workforce," she says. "It'll bring down health care costs that we need." 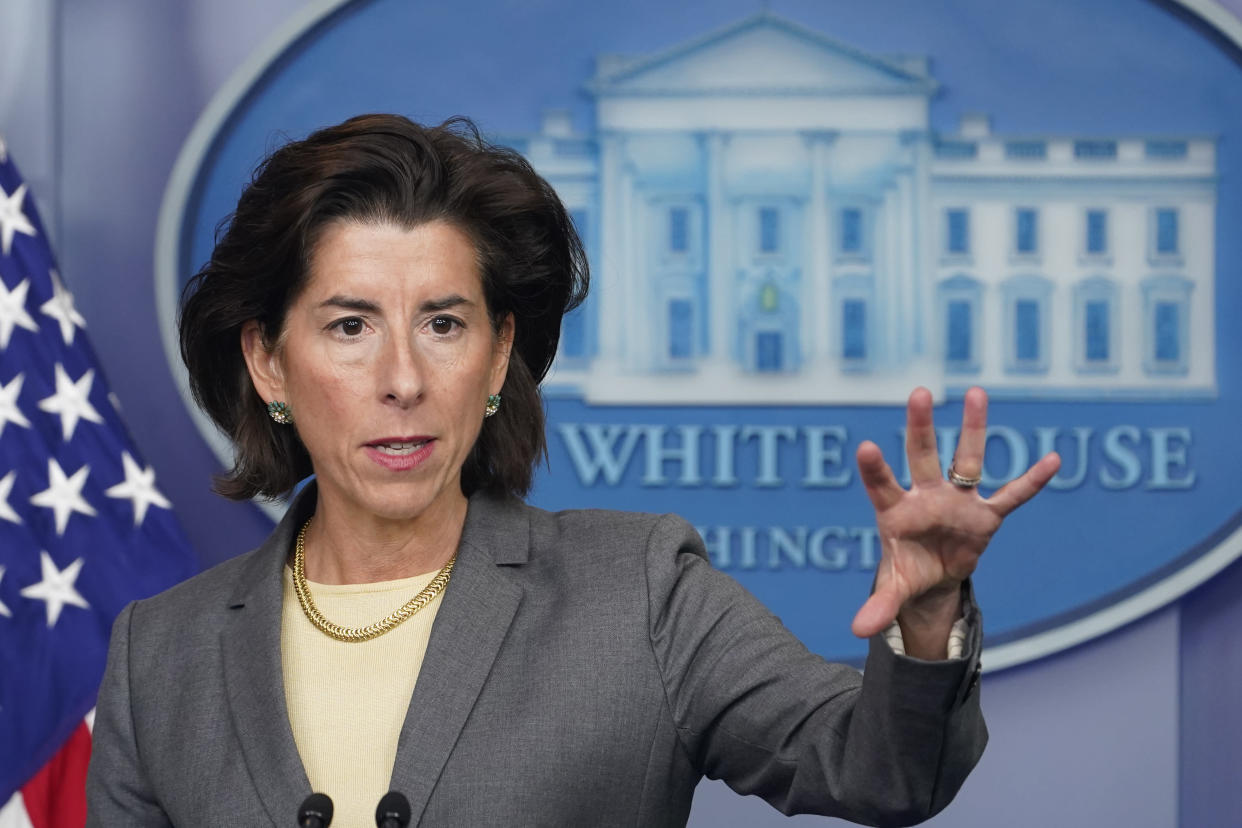 The comments from Raimondo echo remarks made by U.S. Secretary of Labor Marty Walsh in an interview with Yahoo Finance last week. Walsh acknowledged a "pause" in the White House push for the spending measure but assured that the bill isn't "dead."

The renewed effort to pass Build Back Better comes amid an ongoing labor shortage, as some employers say they're struggling to hire and workers quit in record numbers. U.S. CEOs consider the labor shortage the top external threat to their businesses, according to a Conference Board survey released last week.

The spending bill will help address the labor shortage, especially the barriers that often prevent women from leaving the home and getting jobs, Raimondo said.

"There are provisions in the president's Build Back Better package that will increase the labor supply," she says. "We have to get more folks into the workforce."