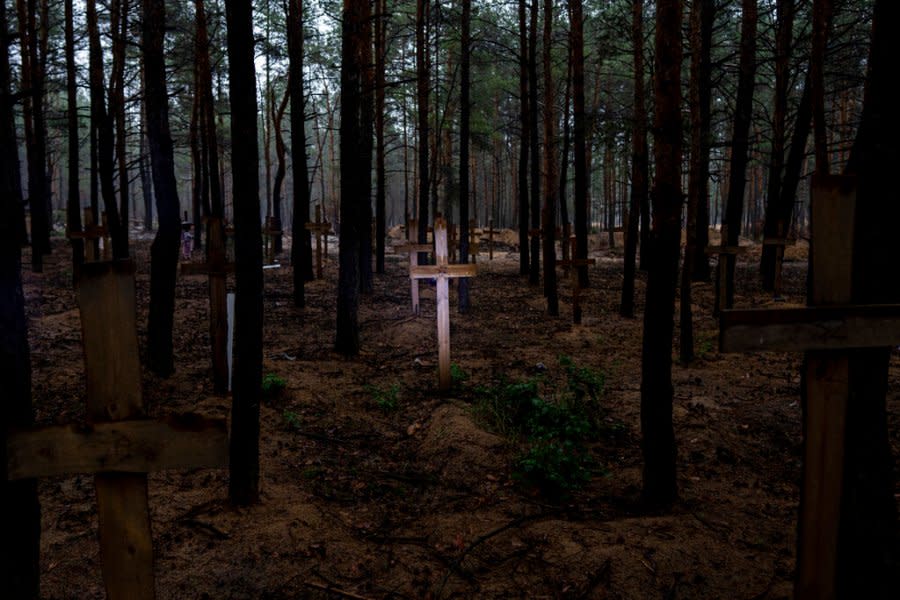 Ukrainian police say they found the bodies of 534 civilians, some with signs of torture, in the Kharkiv region.

Of the 534 dead civilians whose bodies were recovered, 226 were women and 19 were children, according to The New York Times.

Investigative head of the Kharkiv police force Serhii Bolvinov told reporters on Thursday that 447 of the bodies were found at a mass grave in Izyum, which was recaptured from Russia by the Ukrainian army last month.

Kharkiv Governor Oleh Synyehubov announced in late September that at least 30 of the bodies exhumed from the Izyum burial site, including both military members and civilians, showed “traces” of torture.

Many other bodies showed “signs of violent death,” Synyehubov said at the time.

Digging up the mass grave in Izyum was a rerun of what Ukrainian officials did in Bucha earlier this year, where they also found evidence of torture.

There are cases of pulling out nails and using gas masks to restrict breathingSerhii Bolvinov, Kharkiv police force

“The most common torture techniques were electric shocks and severe beatings with sticks and other objects,” Bolvinov said of suspected torture in Izyum, according to the Times.

“There are cases of pulling out nails and using gas masks to restrict breathing.”

Police investigators have identified 22 sites across the Kharkiv province that may have been used as torture chambers by the Russian military.

“We have witnesses who heard screams from the basement, pleas for help,” he told reporters.

“Sometimes, after the screams, the locals heard bursts of shots, after which the screams stopped.”

This new evidence of human rights violations follows weeks of victories for the Ukrainian army, which has recaptured hundreds of towns in the past month.

The successful pushback of troops in Ukraine has forced Russian President Vladimir Putin to take more drastic measures in his onslaught against the smaller country, including the controversial move of instituting a military draft for most Russian men.

For the latest news, weather, sports, and streaming video, head to The Hill.