Britain’s biggest bookmaker has been accused of ‘cashing in on coronavirus’ after its punters lost £6million per day in the first three months of this year.

Flutter – the giant which controls Paddy Power and Betfair – gained 600,000 UK customers during the pandemic, taking the total number of regular punters to 3.2million.

The figures alarmed MPs and campaigners who fear tens of thousands are being enticed to bet more than they can afford, driving them into ‘debt and destitution’.

They claim vulnerable players are turning to online gambling to cope with boredom and the stress of the pandemic. 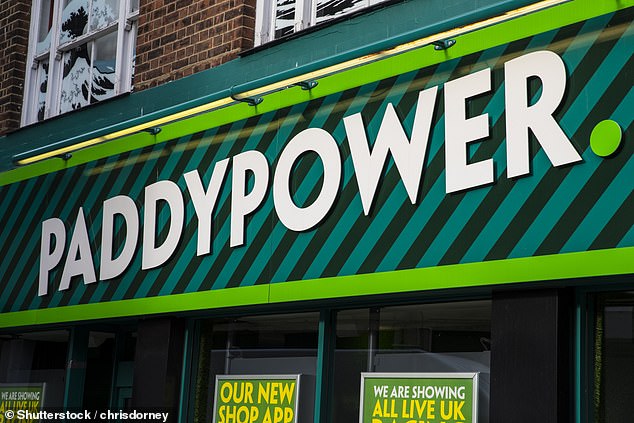 Flutter – the giant which controls Paddy Power and Betfair – gained 600,000 UK customers during the pandemic, taking the total number of regular punters to 3.2million

Those who lose often played more intensively while in lockdown and devoted more time to gambling during the first set of curbs, the Gambling Commission found.

Flutter, which also owns Sky Betting and Gaming, including Sky Casino, said its online customers lost a third more – £6million per day – between January and March than they did in the same period last year.

And the pandemic has driven 593,000 new customers to its website. Chief executive Peter Jackson saw his pay triple to £7.5million last year, while shares jumped two-thirds.

Former Tory leader Iain Duncan Smith said: ‘These figures from the country’s biggest firm should send a chill down the spine of ministers dragging their feet over the tough regulation we need.

Especially as we know the biggest losers are more likely to come from our poorest communities.’ Carolyn Harris MP, chairman of the parliamentary group on gambling, said: ‘The third lockdown has been brutal for the legion of gambling addicts. 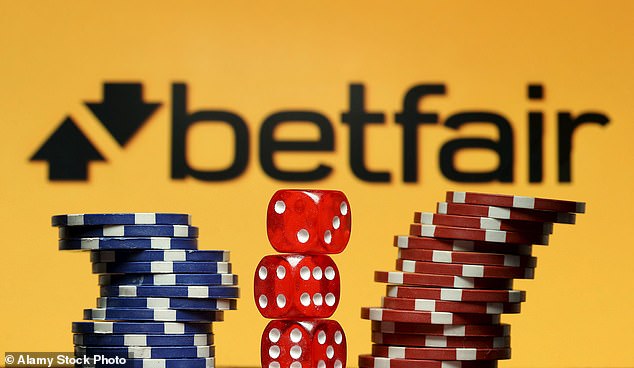 The figures alarmed MPs and campaigners who fear tens of thousands are being enticed to bet more than they can afford, driving them into ‘debt and destitution’

‘These massive losses show that gambling companies are cashing in on coronavirus as families are driven into debt and destitution.’ There are around 400,000 gambling addicts in the UK, including 55,000 children.

A Lords committee last year found that up to 60 per cent of gambling companies’ profits come from just 5 per cent of vulnerable customers who lose the most. The Mail has led calls for tighter laws to protect addicts with its Stop the Gambling Predators campaign.

Ministers have launched a wide-ranging review into gambling laws, which is set to lead to the biggest shake-up in the legislation governing the industry in 15 years.

The items under consideration, dubbed a ‘reformer’s shopping list’, include maximum stakes online and tough checks on whether or not players can afford their losses.

Tory MP Richard Holden, of the Commons public accounts committee, said the review must look at the rise in ‘gambling and the damage it can have’.

Paddy Power’s shops were closed from January to March but Flutter’s takings still rose by 16 per cent compared to last year. Flutter said it was booming due to ‘recreational’ customers.

Mr Jackson said: ‘Safer gambling continues to be a key priority across our markets.’

The Betting and Gaming Council, which represents the industry, said its members had doubled the number of ‘safer gambling’ messages online since the start of the pandemic and were intervening to protect customers more often.