Thousands of burglars face automatic tagging on release from jail in a bid to cut reoffending.

All those jailed for more than three months will now have to wear a tag for up to a year on their release from prison.

Currently the measure applies only to those jailed for more than a year. In an interview with the Daily Mail, the Justice Secretary said it was a personal priority to ‘make sure victims have confidence in the system’. 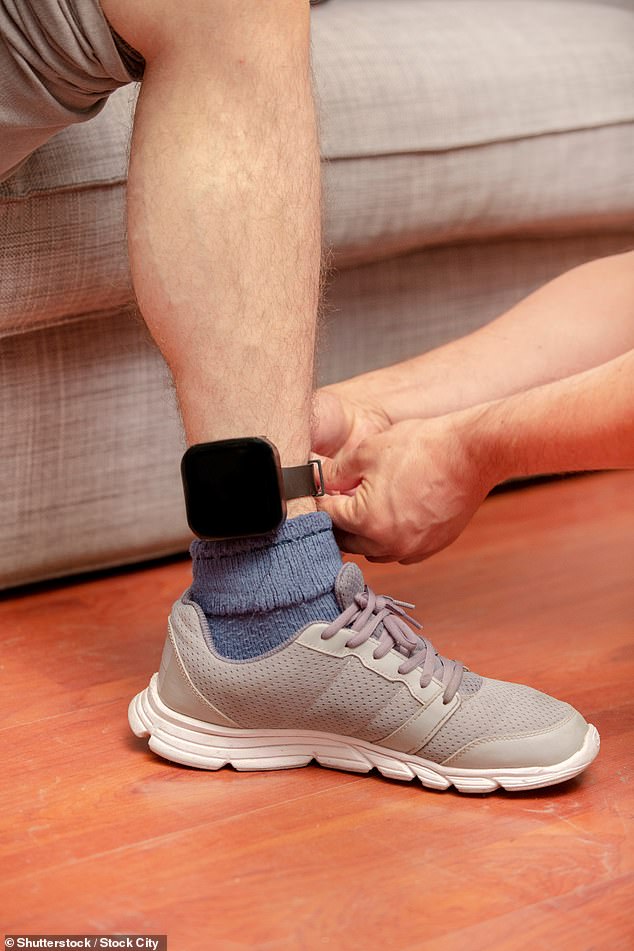 Mr Lewis said: ‘One of the things we can do on that is to be a bit tougher on criminals.

‘We know that reoffending rates are high, particularly for people who have not gone into active employment, and having people with tags means we’ve got more control and understanding and can monitor what they’re doing, where they are.

‘We can see if somebody was in the vicinity of a crime if that happens again.

‘This isn’t instead of prison, this is on top of it – we’re being tougher with people who have committed an offence, but you know, people who burgle and steal are the scourge of their communities.’

The extension of tagging has been trialled in 19 police force areas and is credited with a 45 per cent drop in reoffending. The Ministry of Justice said the move was initially expected to lead to the tagging of an extra 2,000 criminals a year, but Mr Lewis said that he eventually wanted to see ‘many thousand more’ offenders to be monitored.

A source said that theft and burglary have some of the highest reoffending rates, with 45 per cent of those convicted going on to commit another crime within a year, compared with an average of 21 per cent for other offences. 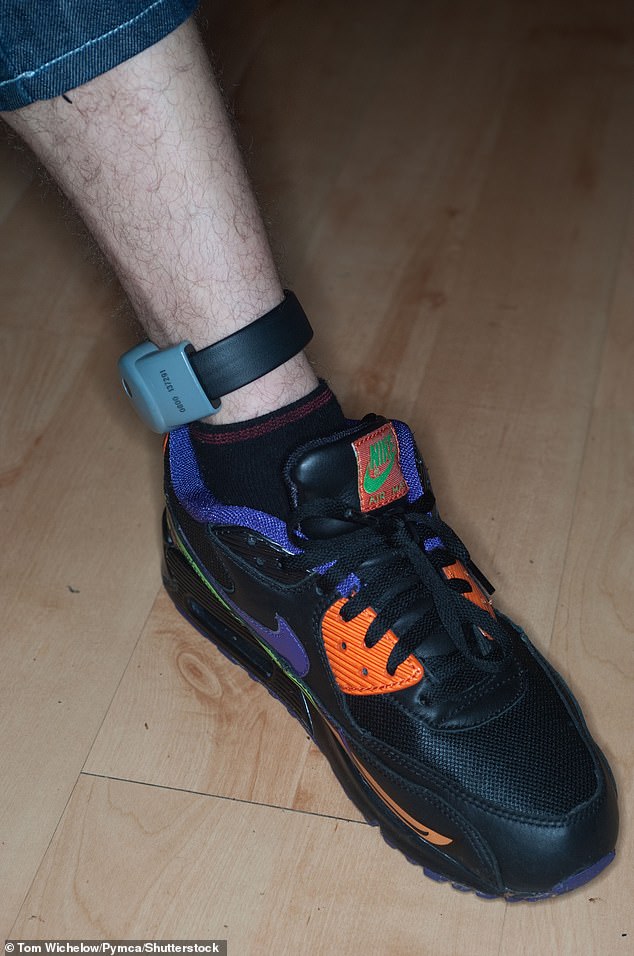 Electronic tags, typically worn on the ankle, allow an offender’s location to be monitored 24 hours a day by GPS satellite

Electronic tags, typically worn on the ankle, allow an offender’s location to be monitored 24 hours a day by GPS satellite.

Mr Lewis said tagging was a ‘very big deterrent’ to those who might otherwise be inclined to commit more crimes. ‘If anything happens in any area where they’ve been then we’re going to know about it,’ he said.

He added: ‘There’s no argument and no alibi if the GPS shows you were in that place at that time, you’re bang to rights.’

Ministers have come under mounting pressure to prioritise burglary, where the proportion of offences ending in a charge has fallen to barely 5 per cent.

And he suggested that forces would get less criticism over woke controversies such as officers dancing at gay pride events, if they ensured that they were dealing with ‘core issues’ such as burglary and theft.

‘This is something the Home Secretary is very, very focused on,’ he said. ‘She wants to ensure that the public have got confidence that police are focused on the crimes that are affecting communities.

‘Over the last few months, members of the public have been commenting on some of what police get up to in terms of some of the stuff around the parades. People don’t mind that… if they’re also dealing with the core issues.’

He added: ‘People need to know the first key aim and focus of the police is dealing with crime and playing their part making people’s communities safe. Burglary is a good example of that.’