THE MAYOR of Calais has said Britain has "declared maritime war" on France as the two countries clash over how to stem the flow of boats crossing the channel.

Natacha Bouchart lashed out today after talks between the British and French Governments ended without a new agreement yesterday. 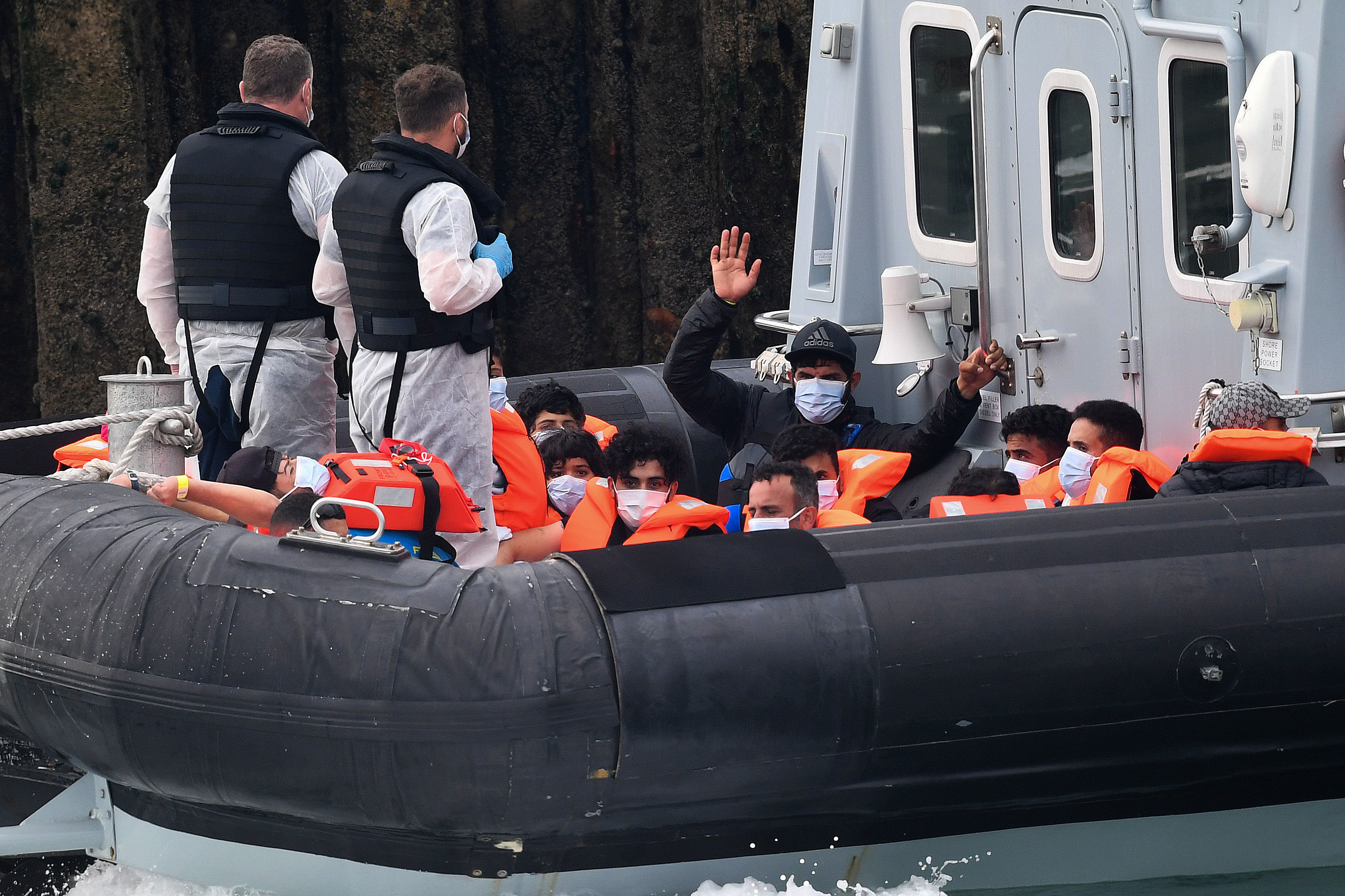 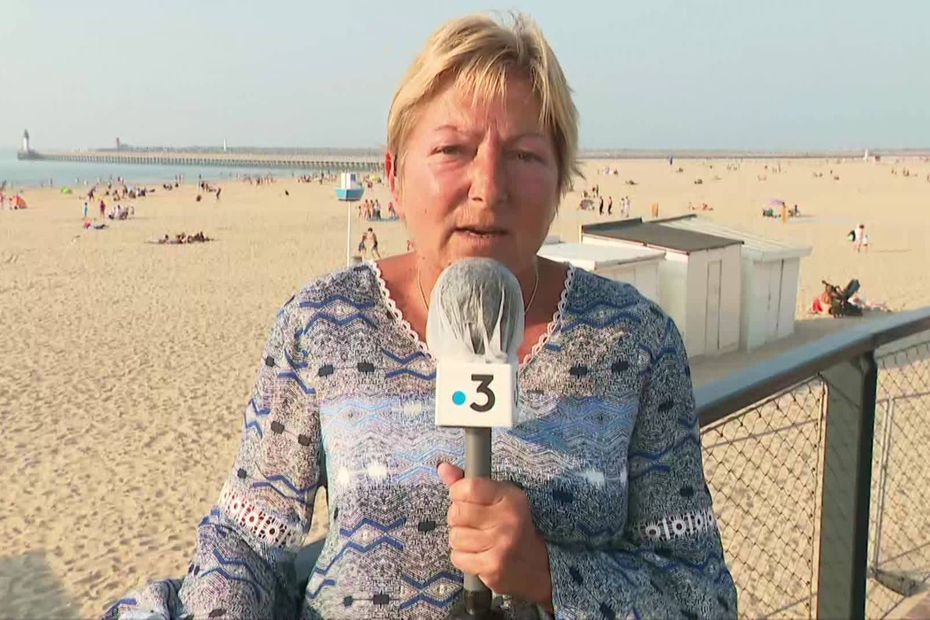 Dozens of migrants have attempted to make the dangerous crossing between France and England in the past few weeks.

The Mayor said in an interview to France 3 of reports that Priti Patel wants to send in Navy boats to help: "It is a declaration of maritime war."

She raged: "The British themselves have created this hot air by not reviewing their own reception systems and are content to hand out lessons and by subjecting the people of Calais to this situation for too long."

Of the reports to use the Navy she added: “Technically I don’t even know how they would do, and I think the [French] government would oppose it.

“Here we are hostile to it (the Navy). Rather than accept migrants who would work in the black market, Boris Johnson would do better than to teach us lessons, would be better to create better laws to to accept people in his own country."

She called on the Brits to open up their own check points for refugees to apply for asylum and register with the British authorities in France.

"The British government should take its responsibility, open reception centres where they can chose who from the migrant population they want," she said.

And she claimed the French "image" and economy was being damaged by the ongoing crisis.

France has said it wants another £30million to help them stop the flow of boats – and say they can't keep up with patrolling hundreds of miles of coast.

Britain has already paid more than £100million to fund the French response to the crisis in recent years.

Calai's MP Pierre-Henri Dumont said the possibility of the Royal Navy being deployed in the Channel "is a political measure to show some kind of muscles to fight against smugglers & illegal crossings".

He said that "technically speaking it won't change anything".

It comes after he moaned that trying to stop the boats going was like trying to scoop out the sea with a spoon.

Yesterday immigraiton minister Chris Philp went to France for emergency talks, but no deal was announced.

And to add to his woes, he managed to confuse Britain and Germany in a live TV interview.

Speaking to reporters after the talks, Mr Philp said “France and Germany” were working together in the spirit of cooperation.

He quickly corrected himself to say, “France and the United Kingdom.”

The dramatic comments came as more attempted to cross the dangerous waters this morning.

Around 20 people were spotted crammed into a single boat earlier today.

And exhausted travellers were snapped in Dungeness after making their journey. 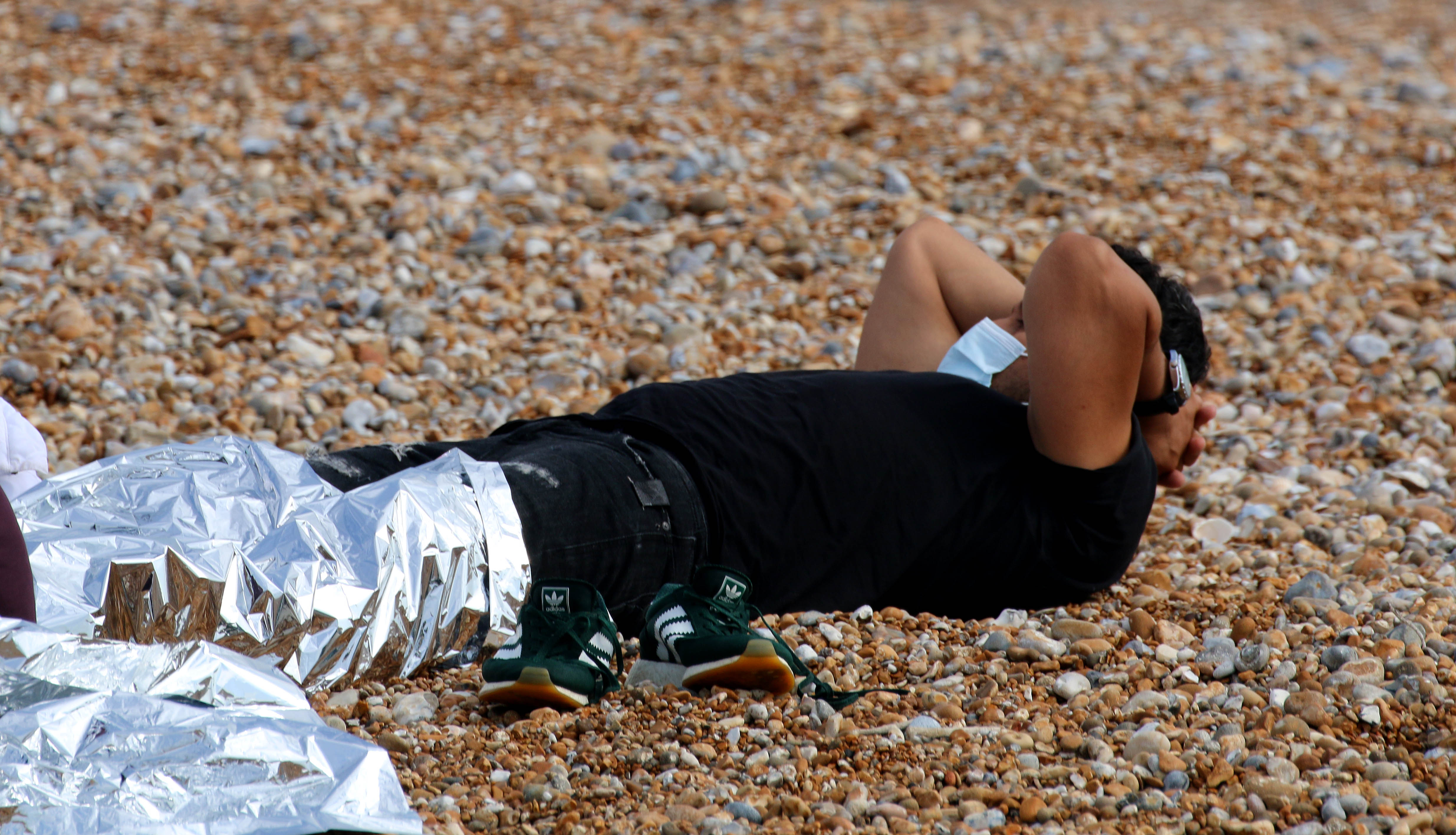 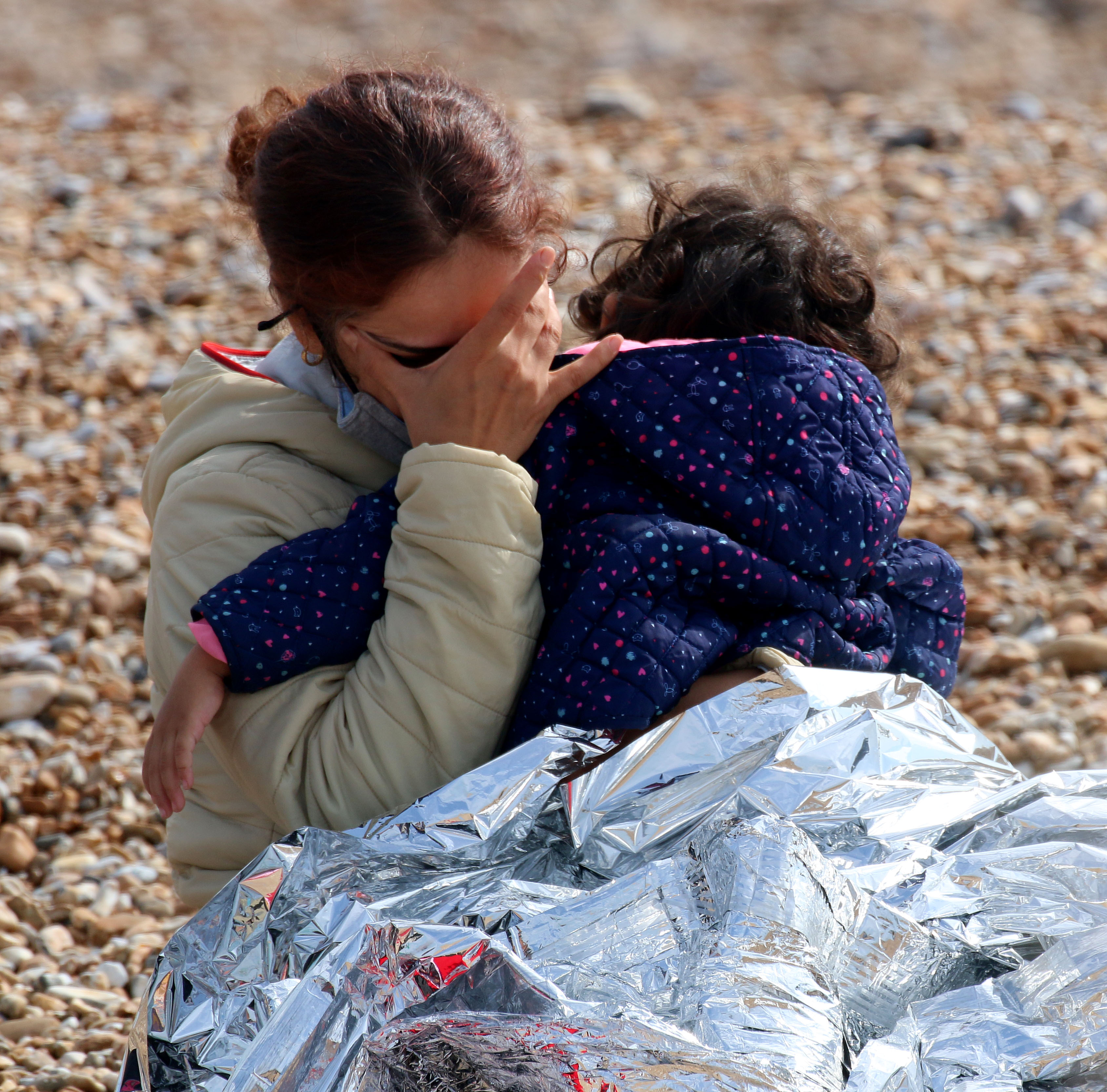 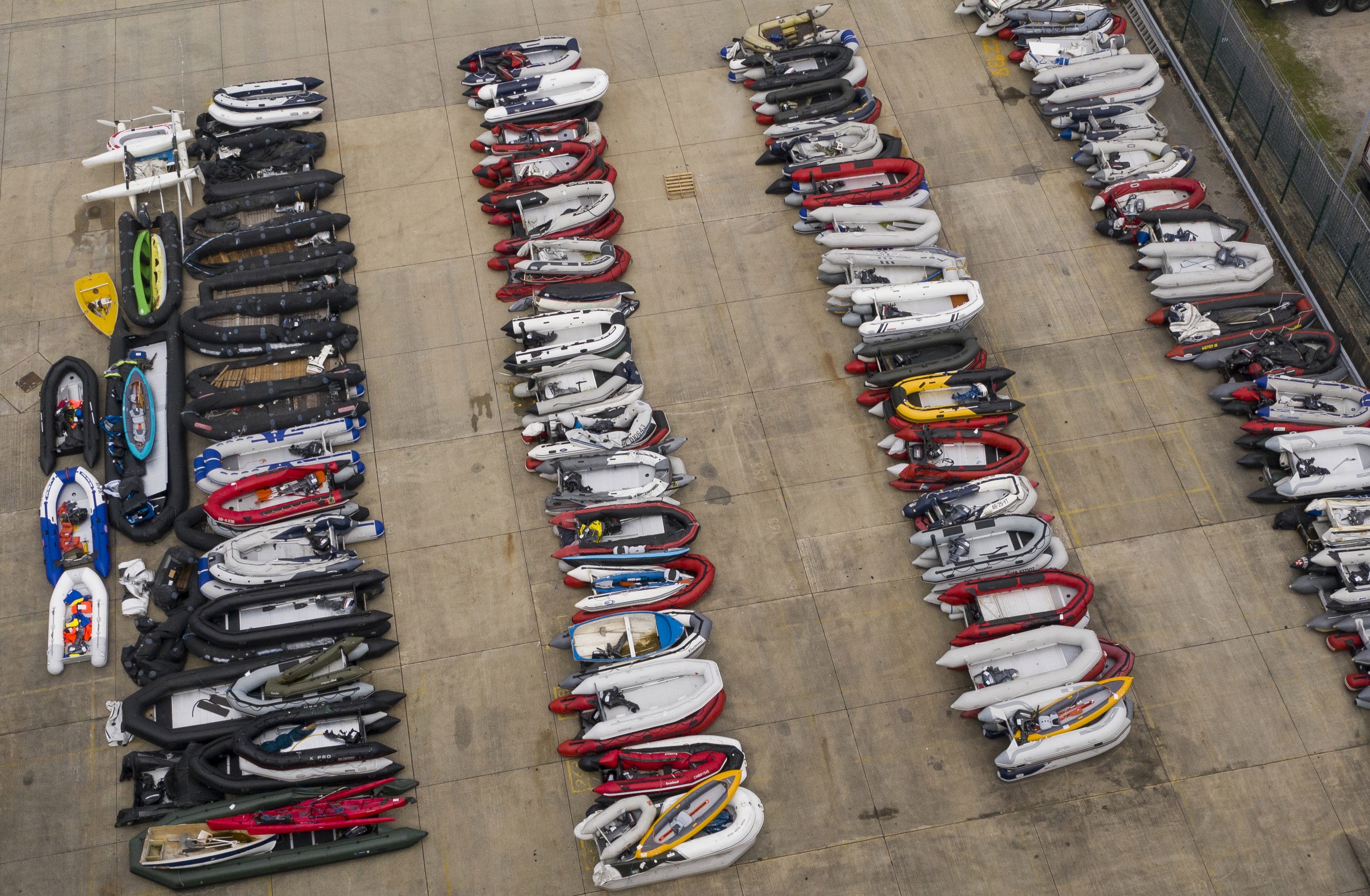 The Sun revealed earlier this week how sick smuggling gangs were luring people to make the crossing with cut-price deals, and telling them their kids would go free.

A charity worker in northern France told The Sun: “We’ve spoken to people intercepted en route to the UK who have told us how babies and infants are getting into dinghies for free. Younger children and teenagers are being allowed on for just a few hundred pounds a time.”

A source added: “The prices these gangmasters charge has dropped a hell of a lot recently.

“They are also tempting people by saying if you get stopped you can try again and again until you do cross.”

More than 4,000 have now reached the UK this year – double that of last year.

Home Secretary Priti Patel has been to visit Dover to see operations and vowed: “I am committed to making this incredibly dangerous route unviable.”

Most read in Politics