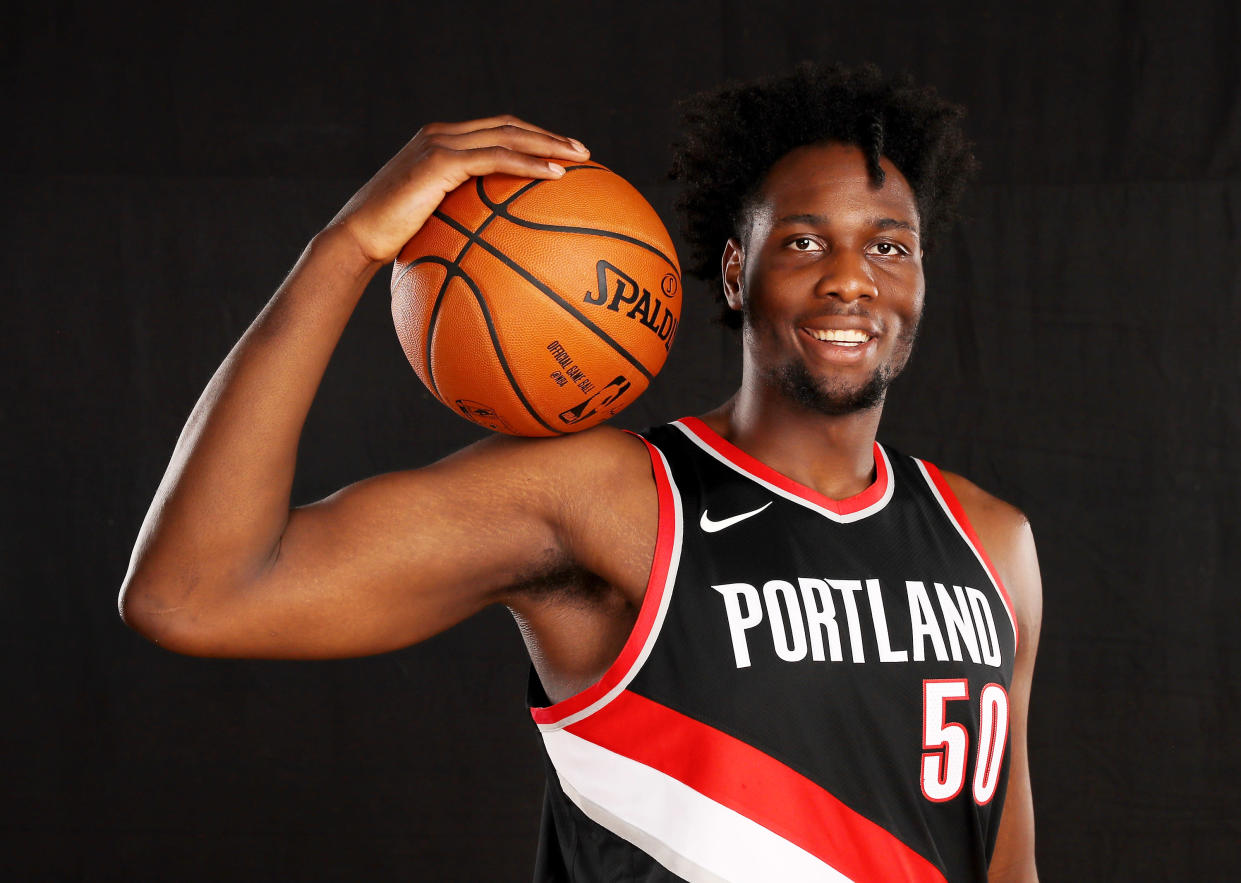 Caleb Swanigan, the former Purdue standout who played three seasons in the NBA for the Portland Trail Blazers and Sacramento Kings, has died at age 25. According to the Allen County Coroner’s Office in Fort Wayne, Indiana, Swanigan died of natural causes. No other details have been released.

Our thoughts and prayers to Caleb Swanigan’s family and friends. The world lost a gentle soul last night.

Swanigan had a difficult upbringing in Indianapolis. He was one of six kids that his mother, Tanya, was trying to take care of while his father battled an addiction to crack-cocaine. The family spent time in homeless shelters before moving to Utah for a spell, but he returned to attend Homestead High School. As a senior in 2015, Swanigan helped lead the Homestead basketball team to its first state championship in the school’s history.

He elected to attend Purdue after decommitting from Michigan State, and was an immediate success. Swanigan started every game as a freshman, set a Purdue record after being named Big Ten Freshman of the Week three times, and was named to the Big Ten All-Freshman team. He also started every game as a sophomore, and excelled across the season. He broke Purdue single-season records for rebounds and double-doubles. He was a unanimous first-team All-American and was named the Big Ten Player of the Year. He was also a finalist for the 2017 Wooden Award.

Swanigan’s last NBA game was in 2020, when he chose not to join the COVID-19 bubble in Florida due to personal reasons. In late 2020, Swanigan was arrested on a drug charge after police found more than 3 pounds of marijuana in his car during a traffic stop. He pleaded guilty and avoided jail time.

During his court appearances, photos of Swanigan surfaced showing that he had gained weight. In a profile for ESPN in 2017, he admitted that overeating and obesity had always been a problem for him, partially owing to his unstable upbringing when his family couldn’t afford healthy options. He ate what was available, and weighed 360 pounds by eighth grade. Genetics were also a factor: Swanigan had always been a naturally big guy, and his father had been over 500 pounds when he died in 2014. Following his father’s death, Swanigan lost over 100 pounds in high school and became a powerhouse player for Homestead.

While some on social media were being uncharitable about Swanigan’s post-NBA weight gain, his former teammate Damian Lillard asked people to think about the situation and act with kindness and understanding.

Never forget when @Dame_Lillard put a heckler in his place once he attacked Caleb Swanigan on social media.

Dame will forever be a real one ✊ pic.twitter.com/lEOKvbKixy

“If you gone post this s*** with real concern that’s cool. But don’t ask ‘how does one go from this to that’ … he clearly having real life issues. That’s how… you don’t know WHAT it is he’s going through to cause a drastic change. If you gone be supportive then do that but don’t ask no s*** like that like it’s not possible when you naturally a big dude and go down a dark road.”

After news of Swanigan’s death broke Tuesday morning, fans and former teammates paid tribute to him on social media.

My thoughts and prayers to Caleb Swanigan’s family 🙏🏻 https://t.co/IHMGWTAWcw

Heartbroken hearing Caleb Swanigan passed away. He gave away so many tickets to local groups in the Sacramento area when he played here and always remember how excited families would be whenever I gave them his cheer cards at the games when I interned for the team. RIP Caleb. pic.twitter.com/dASJYfB2Yp

So saddened by the loss of Caleb Swanigan at a young age. In my 20 years of observing one of college basketball’s best cultures, nobody outworked “Biggie”. He spent more hours in the weight room & gym than any @BoilerBall athlete in memory. How much fun he brought to our fans.

Caleb Swanigan cutting down the net in 2017. I’ll never forget this night, the ‘16-‘17 ⁦@BoilerBall⁩ season or Biggie. Such a sad day pic.twitter.com/VUYrzKRKPO

Such sad news to wake up to today. Former Purdue star and NBA player Caleb Swanigan has passed away.

Swanigan was 25 years old. I first met him when he was on the AAU circuit and he was always such a nice, sweet kid. Had a tough road. Will be sorely missed. https://t.co/VfA9fPrVN8