A Bristol cyclist who was prosecuted for using his helmet-mounted camera to catch out drivers allegedly using their mobile phones at the wheel is celebrating as campaigners managed to get his criminal case dropped.

Tom Bosanquet, 43, was pursued by Avon and Somerset Police for ‘inconsiderate cycling’ when he caused a small delay to traffic lasting just a few seconds by stopping in the road at a set of lights after spotting a man allegedly using his phone at the wheel of a vehicle.

Video from his camera reveals the cyclist challenged the driver before a brief conversation between the two led to a momentary hold-up in traffic down Stokes Croft at the junction with City Road.

However, the Crown Prosecution Service (CPS) has now dropped the case after a review found it to not be in the public interest.

Mr Bosanquet, who received financial aid to cover his legal costs from the Cyclists’ Defence Fund of Cycling UK, branded the attempted prosecution ‘heavy-handed and inappropriate’, revealed the ordeal had left him feeling ‘shaken’, and said he was ‘relieved’ to move on. 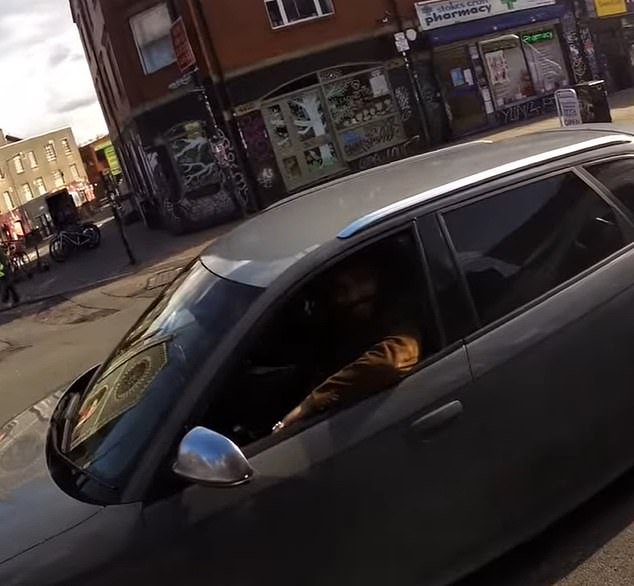 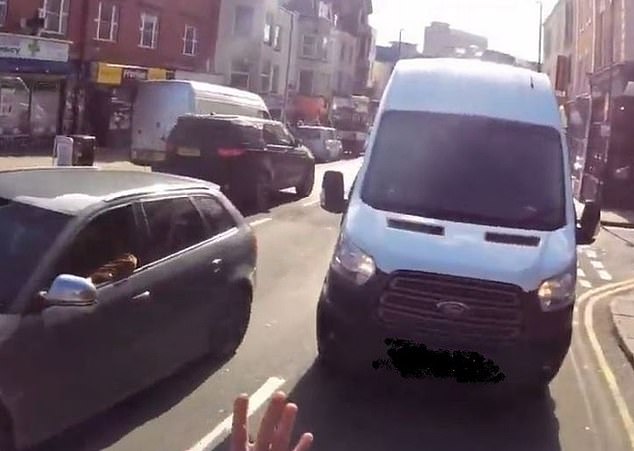 He said: ‘This case has been a long, drawn-out and stressful process, and as the first run-in I’ve ever had with the law, I’ve felt shaken by it. The attempted prosecution was heavy-handed and inappropriate, something borne out by the case now being dropped.

‘I am relieved now to move on from this episode, wiser but undaunted in my desire for the ongoing safety of all vulnerable road users.

‘Throughout I’ve been humbled by the support shown to me both by individuals and groups such as Bristol Cycling Campaign, and particularly grateful to Cycling UK’s Cyclists’ Defence Fund which was there to take my side and support me.’

In a statement celebrating the legal win, Cycling UK said the brief delay to traffic which Mr Bosanquet allegedly caused lasted just a few seconds. However, a van driver stuck behind the cyclist and driver honked his horn before ‘accelerating through a red light and without leaving the required 1.5m space’. 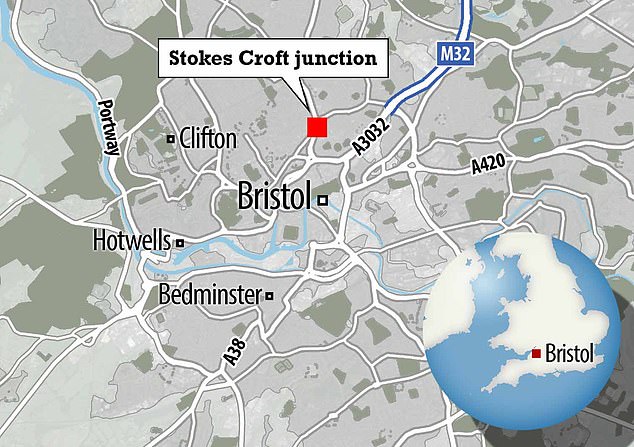 The incident took place in Bristol, down Stokes Croft at the junction with City Road

Sarah Mitchell, Cycling UK’s chief executive, said: ‘It’s somewhat ironic that Mr Bosanquet was prosecuted in the incident when he was using a helmet camera to catch footage with the intention of supporting the police collect evidence of bad behaviour on our roads.

‘This is something that police forces across the country have expressed they welcome from the public, and any negligible delay to traffic was caused in part by this.

‘Cycling UK believes the police should never have referred the case to the Crown Prosecution Service, so we’re pleased it’s now been dropped. Going to court would undoubtedly have been a waste of resources.’

A CPS spokesman said: ‘When we reviewed this case, we concluded that our legal test for a prosecution was not met.’

A spokesman for Avon and Somerset Police told The Telegraph: ‘We are grateful to all members of the public who submit footage detailing suspected road traffic offences and incidents through our website, as it greatly helps us carry out effective investigations.

‘Before submitting footage, we do make clear that ‘if it is identified that the person submitting the footage has also committed an alleged offence, they may also be prosecuted’.

‘The CPS has decided not to proceed further with this case in relation to an incident from March 4 2021. We recognise and accept its decision.’