THERE is something unexpected in this 1930s mural of a scene from 17th century colonial America.

Some conspiracy fans are even convinced it is proof of time travel. 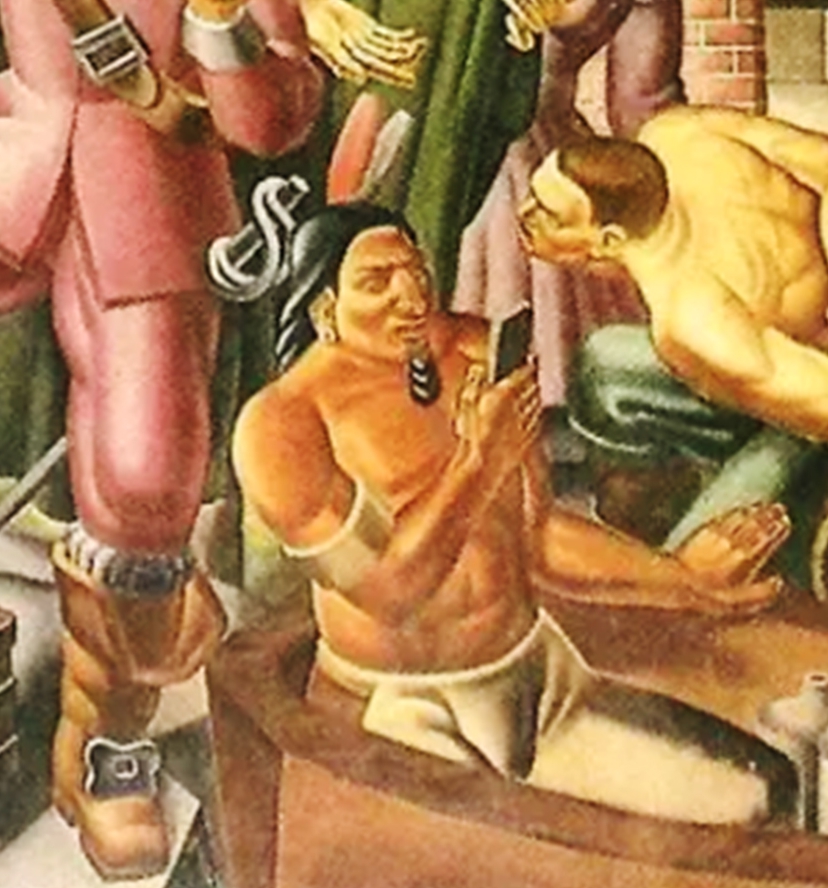 The 1937 painting by Umberto Romano is called Mr Pynchon And The Settling Of Springfield.

It shows the English colonist and fur trader William Pynchon, best known for founding the city of Springfield, Massachusetts, in 1636.

He is depicted trading with the native Americans who lived in the area.

If you look closely, you can spot one of the men staring at a mystery rectangular object in his right hand. 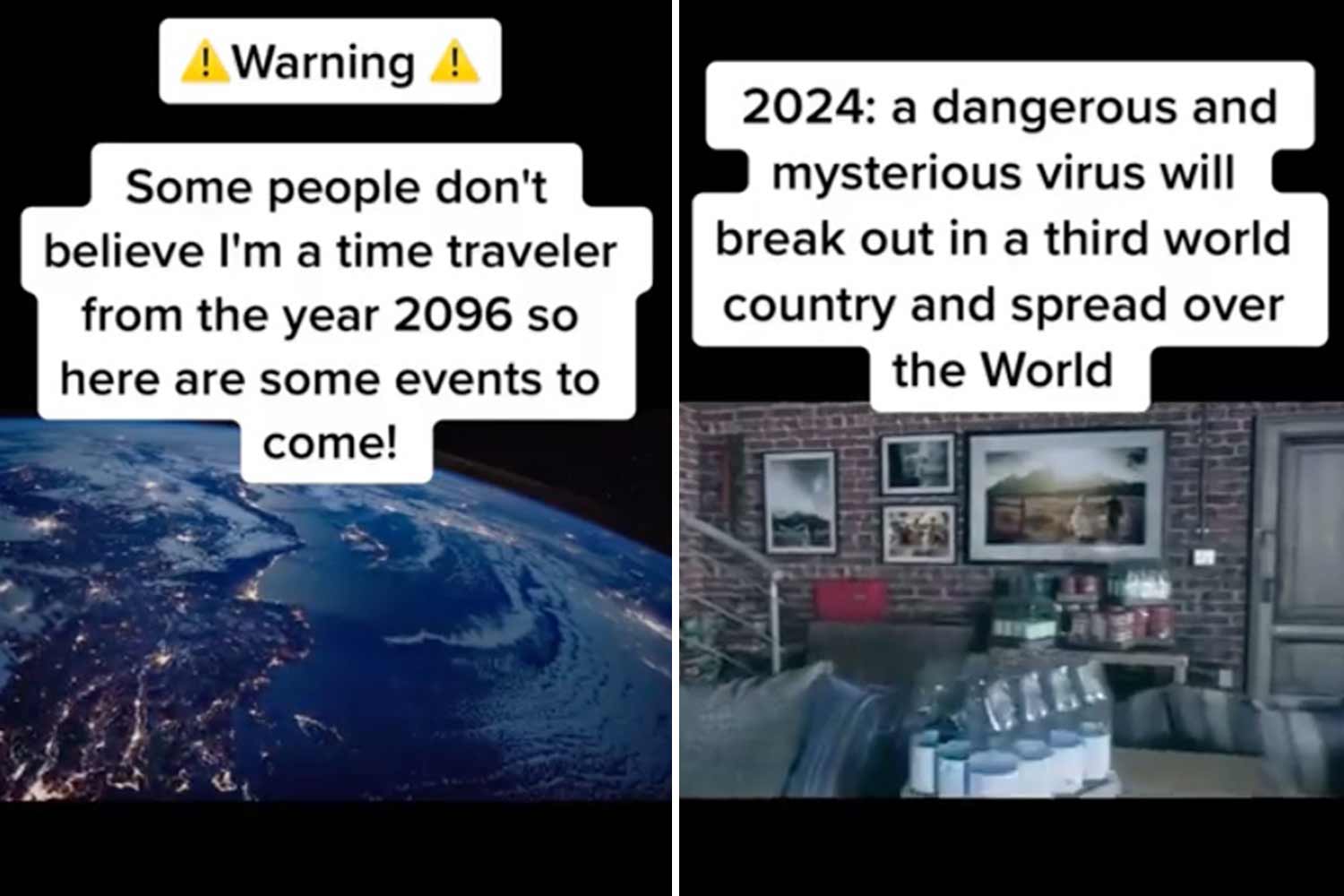 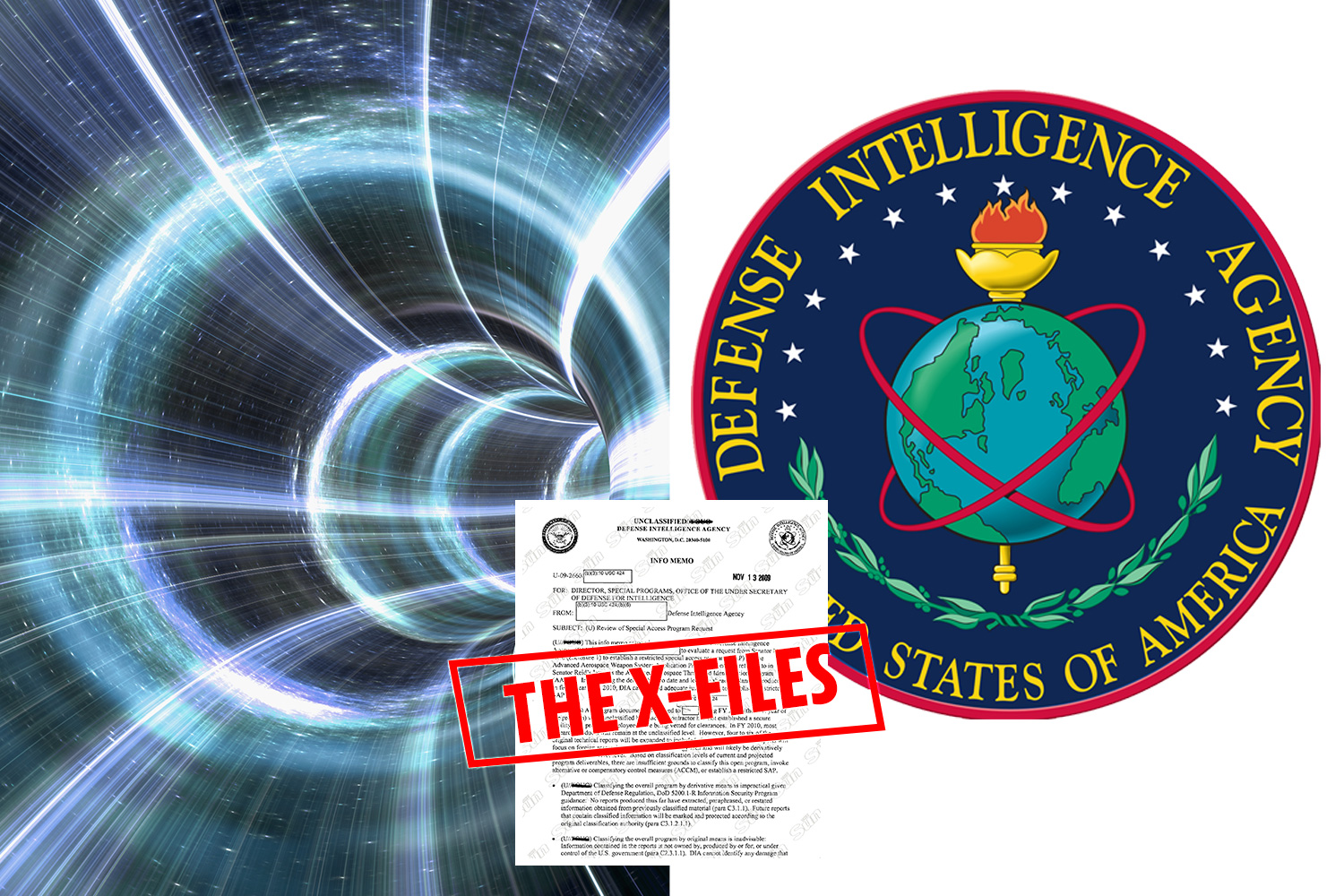 It appears strikingly similar to how people in the 21st century hold a smartphone and scroll down with their thumbs.

The image has left viewers baffled.

The mural – one of six at Springfield Main Post Office – has not been altered since it was painted in 1937.

Romano the artist died in 1982, a quarter of a century before anyone had heard of an iPhone.

FROM SOFA TO JUNGLE

Some sleuths online have offered this mural as proof that time travellers have taken modern technology back to the past.

Others however, say the object could be a mirror, a commonly traded item in 17th century New England.

Yesterday we told how art fans were baffled at "time traveller" spotted holding an iPhone in a painting from the 1860s.

The woman appears engrossed in the object she holds in both hands while walking on a country path in The Expected One, by Ferdinand George Waldmüller.

Experts said there is a more plausible explanation.

Peter Russell, whose observation sparked the conspiracy, told VICE: "What strikes me most is how much a change in technology has changed the interpretation of the painting, and in a way has leveraged its entire context.

"The big change is that in 1850 or 1860, every single viewer would have identified the item that the girl is absorbed in as a hymnal or prayer book.

"Today, no one could fail to see the resemblance to the scene of a teenage girl absorbed in social media on their smartphone."

But it's not the first time modern technology has supposedly been spotted in a centuries-old painting.

Apple boss Tim Cook claimed he had noticed an iPhone in a 350-year-old painting during a visit to a museum in Amsterdam.

A man can be seen clutching a rectangular object while a woman, child and dog all seem interested in it too.

I bought B&M’s £20 glittery wallpaper but it keeps falling off, I’m livid

Cook told a conference: "I always thought I knew when the iPhone was invented, but now I'm not so sure anymore."

The tech giant launched the first iPhone in 2007. 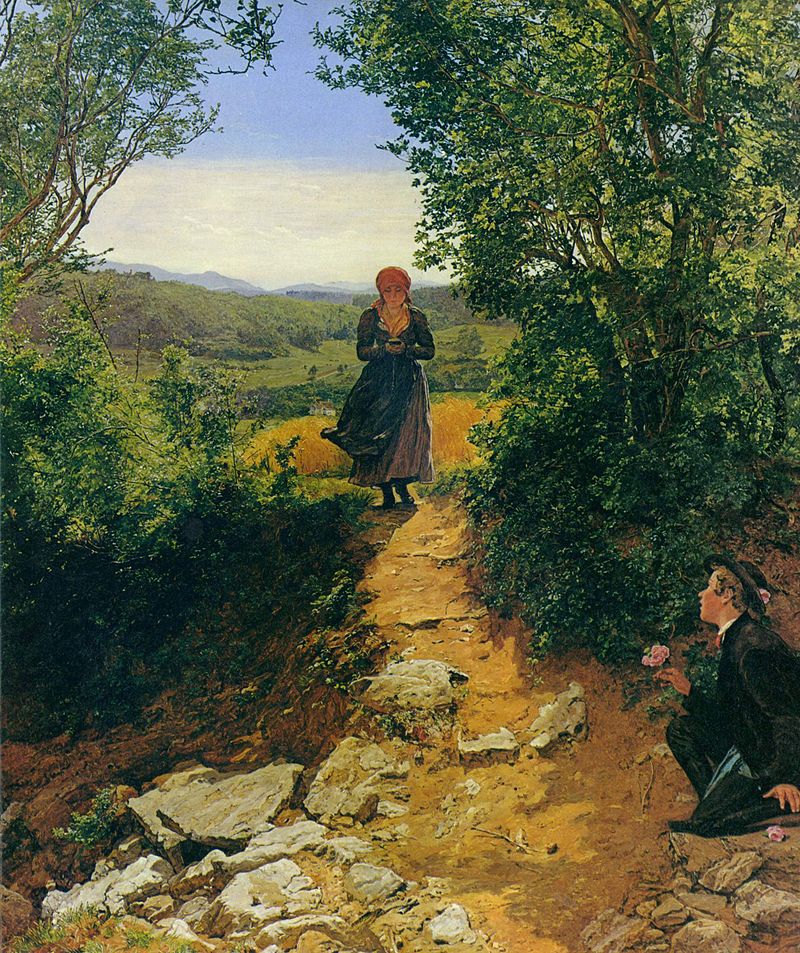 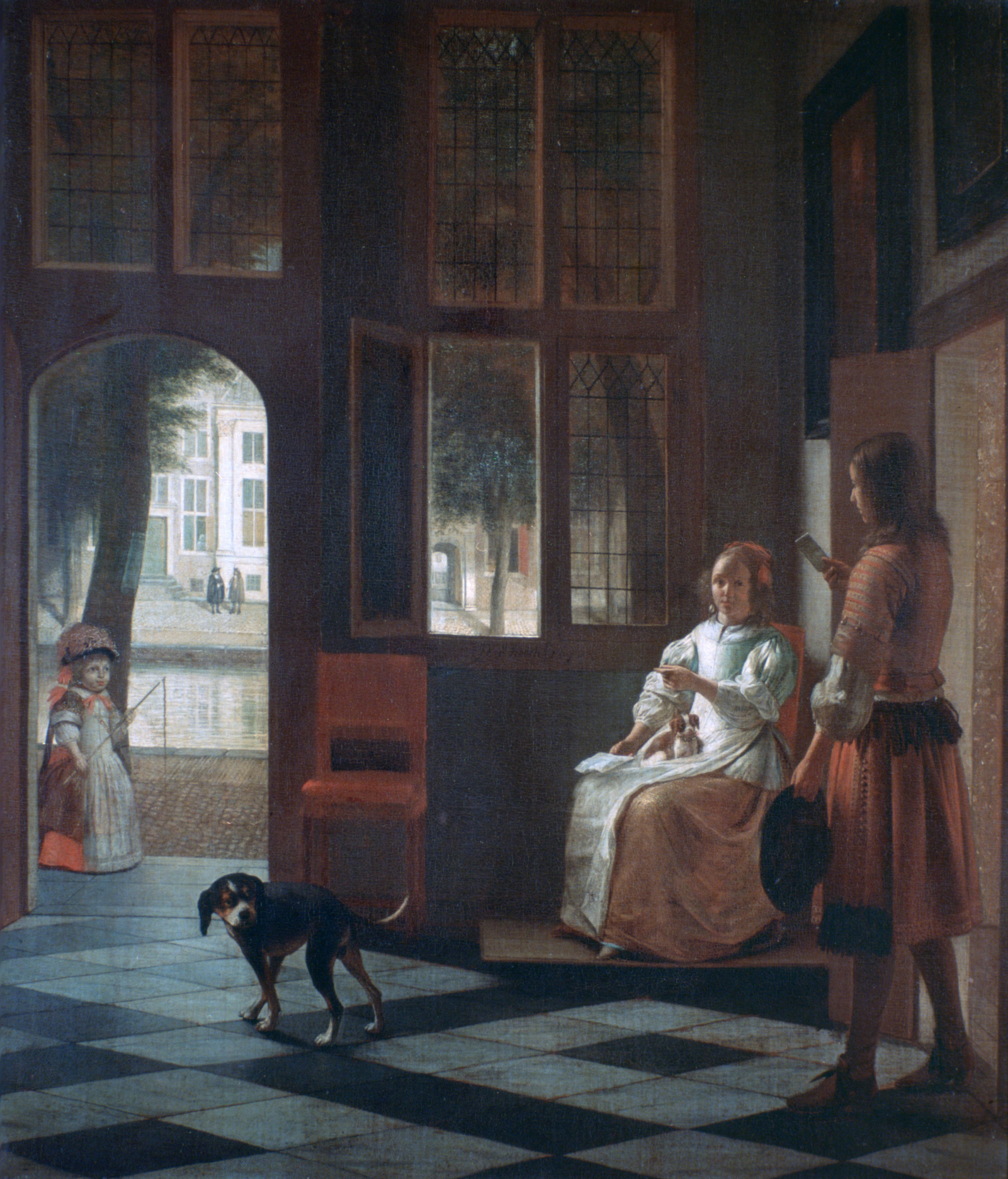