COVID surge testing will be carried out in five new areas after cases of the South African strain were detected.

The new areas where the strain has been found are around Manchester, Norfolk, Southampton and Surrey. 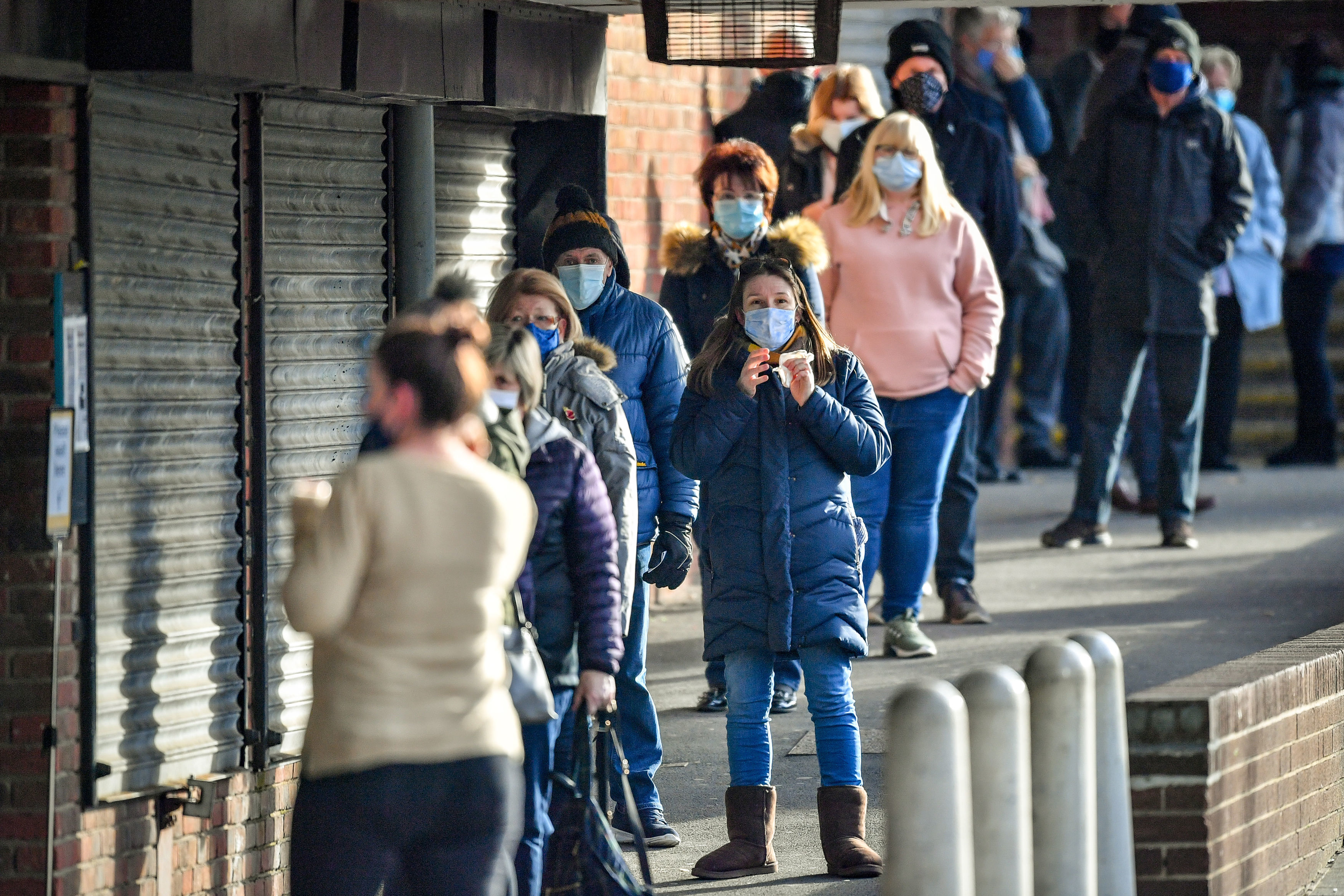 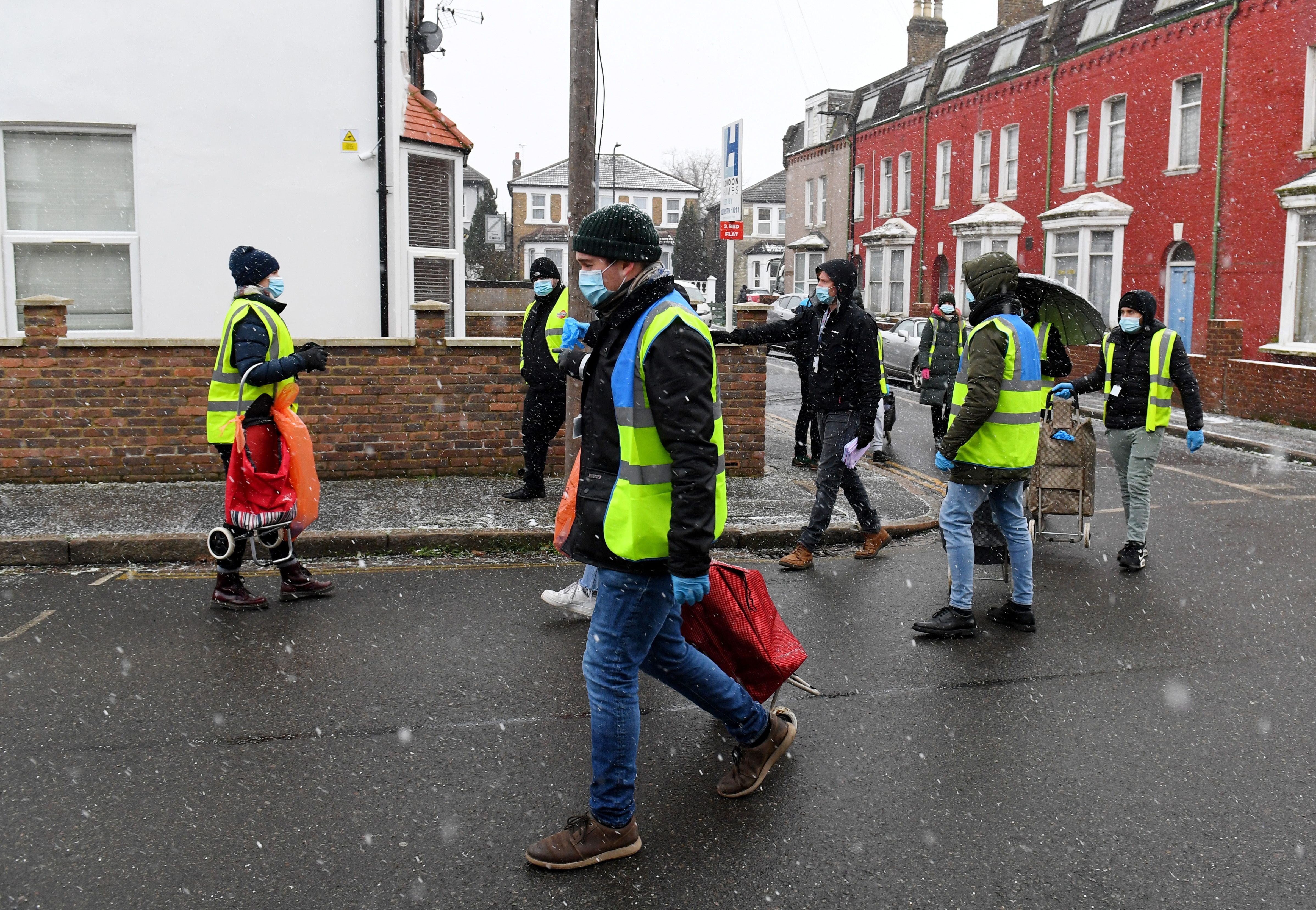 Surge testing and genomic sequencing will be carried out within the IP22 postcode in Norfolk, the SO15 area in Southampton and Woking (GU22) in Surrey.

Surge testing was brought in to parts of Manchester last week but is now being expanded to cover the M40 and M9 postcode districts.

The surge testing will take place in addition to existing testing measures.

Positive cases will be sequenced for genomic data to help understand Covid-19 variants and their spread within those areas.

Anyone living in those areas is strongly encouraged to take a Covid-19 test this week, even if they are not showing symptoms. 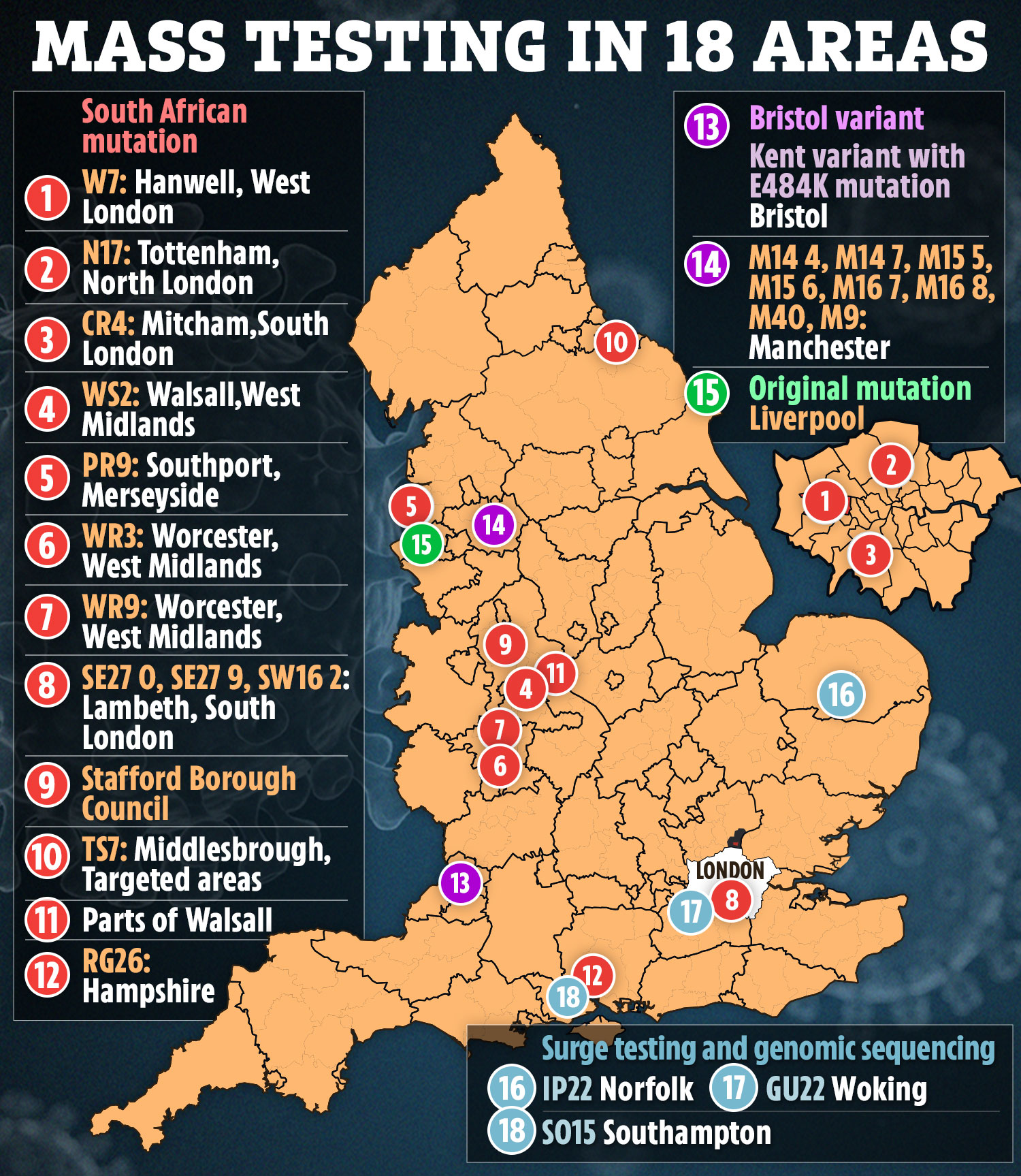 The announcement from the Department of Health comes just days after the government announced it would be using rapid testing in Middlesbrough, Walsall and Hampshire after cases of the South African variant were discovered.

Surge testing in parts of Haringey, Merton and Sefton has now been completed.

Clive Dix, the head of the UK’s Vaccine Taskforce, said every adult in the UK could receive both doses of a coronavirus vaccine by August or September "or maybe sooner if we need to".

Dix also said he was sure there would be no supply problems with the vaccines.

He told Sky News: "We are confident within the vaccine taskforce now that the supply we're going to get will take to us to a position where we can vaccinate as many people as the UK wants to vaccinate."

Pressed if this meant the taskforce was confident every adult would get two jabs, Dix said: "We're probably talking August time or September time all done, maybe sooner if we need to."

The variant was first found in the country in December and experts have warned that it can spread at a faster rate than others – with over 140 cases now reported.

Scientists have warned the mutation, named 501YV2, is feared to be at least 50 per cent more contagious, with hundreds more undetected cases thought to be in the country.

The mutation allows it to bind to human cells quickly and infect them more easily, and it appears to be less affected by vaccines.

It is not yet known if the South African strain has any different symptoms than the three standard ones highlighted by health officials.

The Government has introduced "surge testing" in areas where mutant strains have been detected in a race to stop variants spreading. 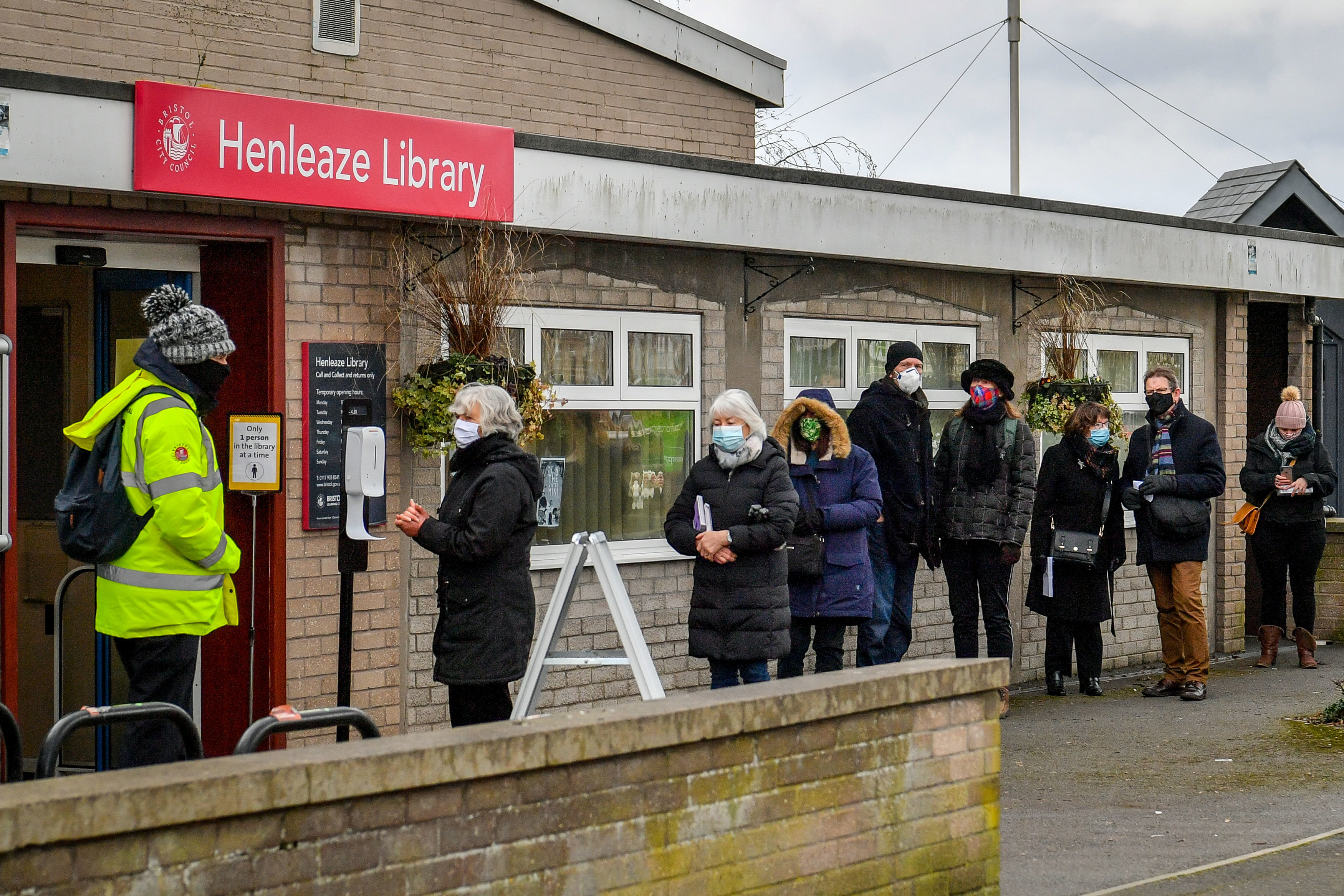 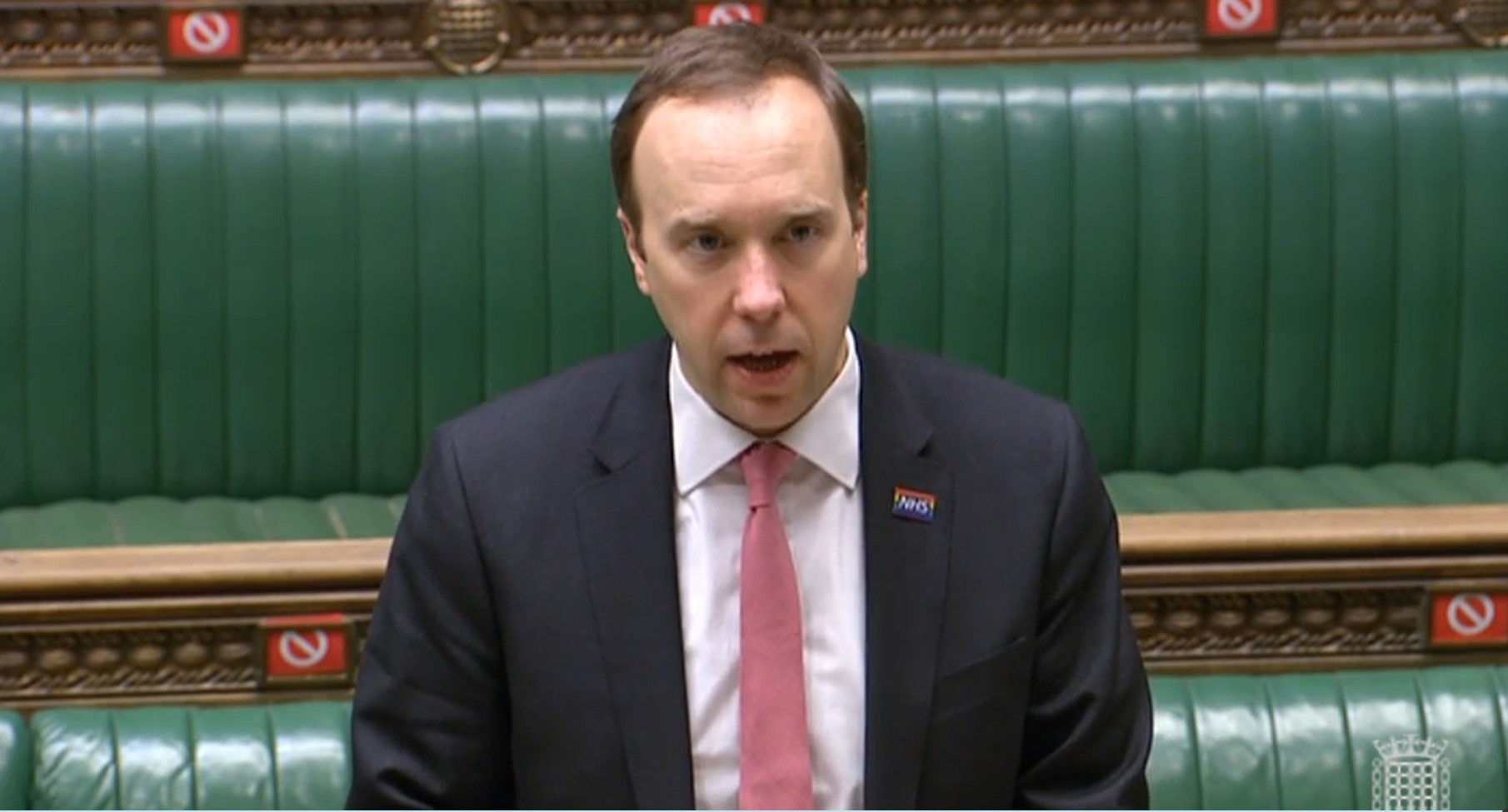