Out fossil hunting with a friend, Mark Kemp said he immediately knew that it was a special find. 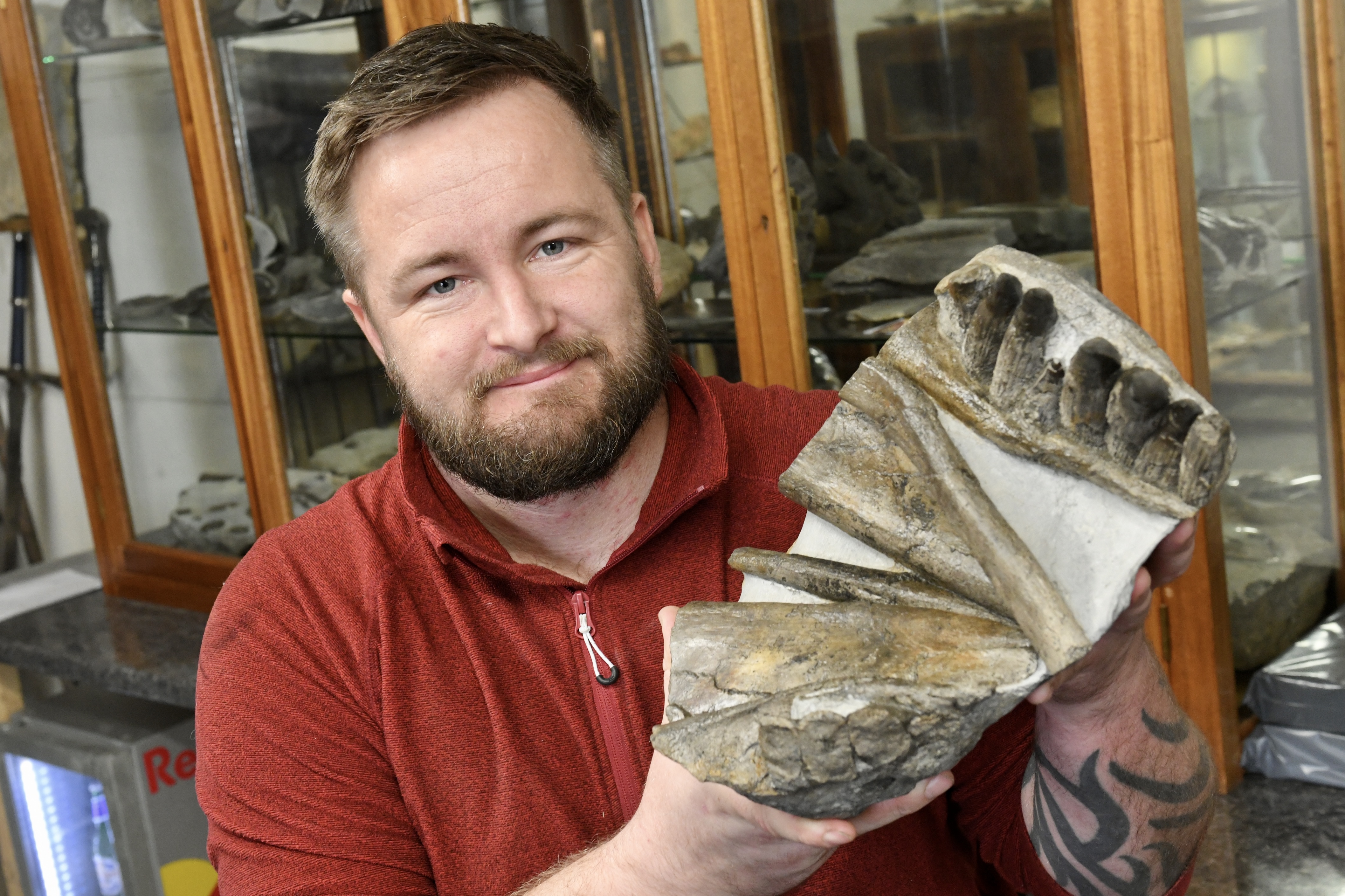 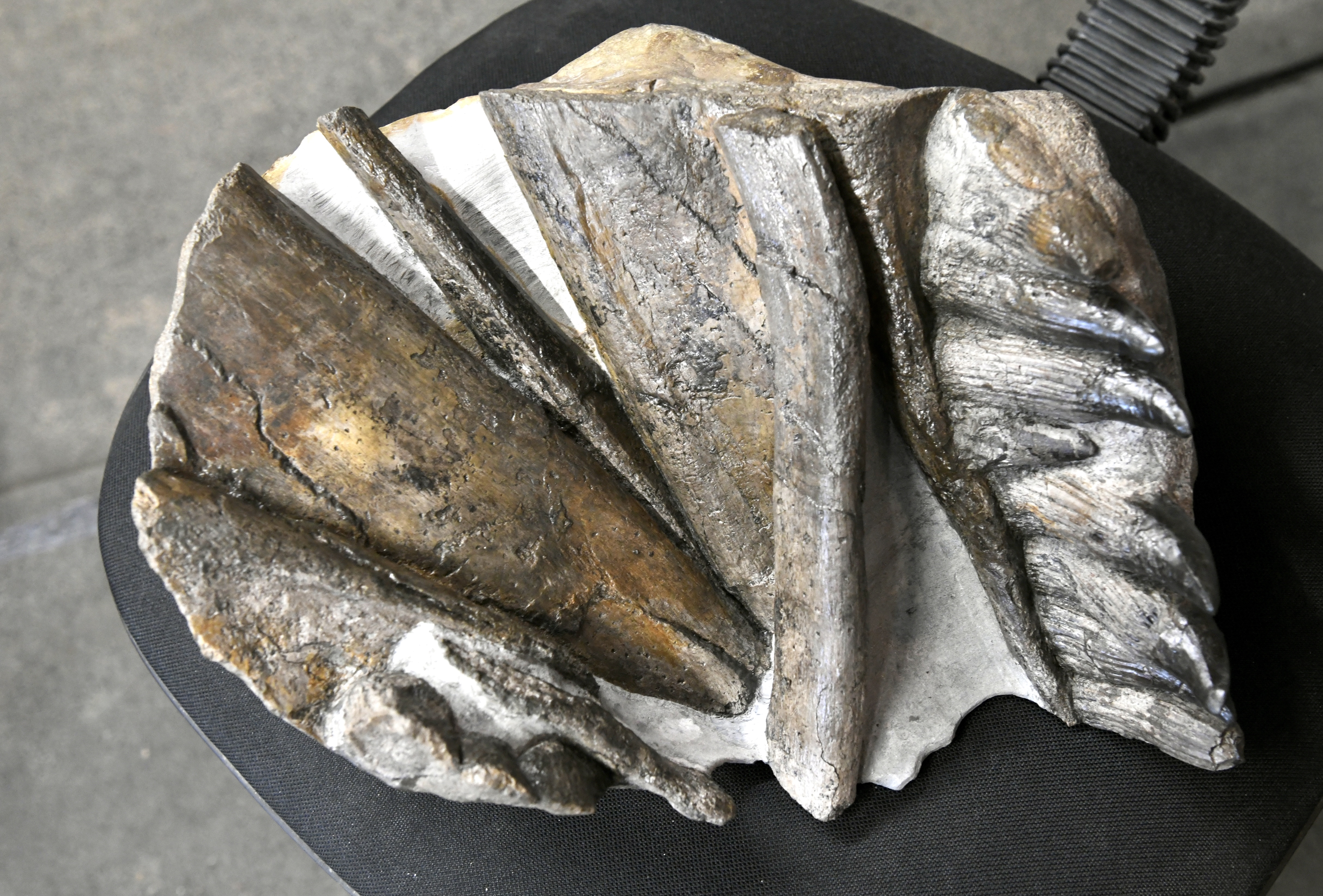 And the now prehistoric discovery has been confirmed by an expert that it is from a marine reptile that roamed the seas nearly 200 million years ago in the Jurassic period called a Temnodontosaurus.

The 34-year-old from Yorkshire said: "The teeth are huge, you don't hear much about that kind of thing being found.

"Some of the collectors I've shown it to, none of them have seen teeth this big.

"It's very rare to find something like this in East Yorkshire and to my knowledge, it's the very first one of its kind."

The creature was at least 12 metres long, had a two-metre long skull and had eyes the size of a ruler – thought to be the largest of any known animal.

As shown by Mark's specimen, its terrifyingly sharp, spear-shaped teeth lined its jaw in a continuous groove.

It could close its jaws with over three tonnes of force, twice as much bite force as a modern-day saltwater crocodile.

The animal hunted extinct marine molluscs known as ammonites and is also thought to have fed on vertebrates too.

Mark Kemp said he was also informed by Dr Lomax that the fossil was "one of the best examples of this species to come from Yorkshire".

Mark is a collector and was introduced to fossil hunting eight years ago.

He has not looked back since – "I have a garage full of fossils".

He has even turned part of his hobby into his living.

Mark has a special workshop where he carefully prepares fossils found and sent in by people, improving their appearance and helping preserve them.

He also runs Instagram and YouTube accounts, titled 'The Yorkshire Fossil Hunter', where he videos his fossil hunting exploits.

"It's staying in my collection," said Mark on the future of the extraordinary dinosaur jawbone.

"I have emailed some museums about displaying it for six weeks or so.

"But otherwise, I'll keep it. It was getting on for 120 hours preparing it, so a real labour of love."

Fossil preparation does not normally take so long for a single fossil piece, but due to the bone blocks of the jawbone, Mark had to be even more delicate working on it.

The name Temnodontosaurus derives from the Greek for "cutting-tooth lizard". 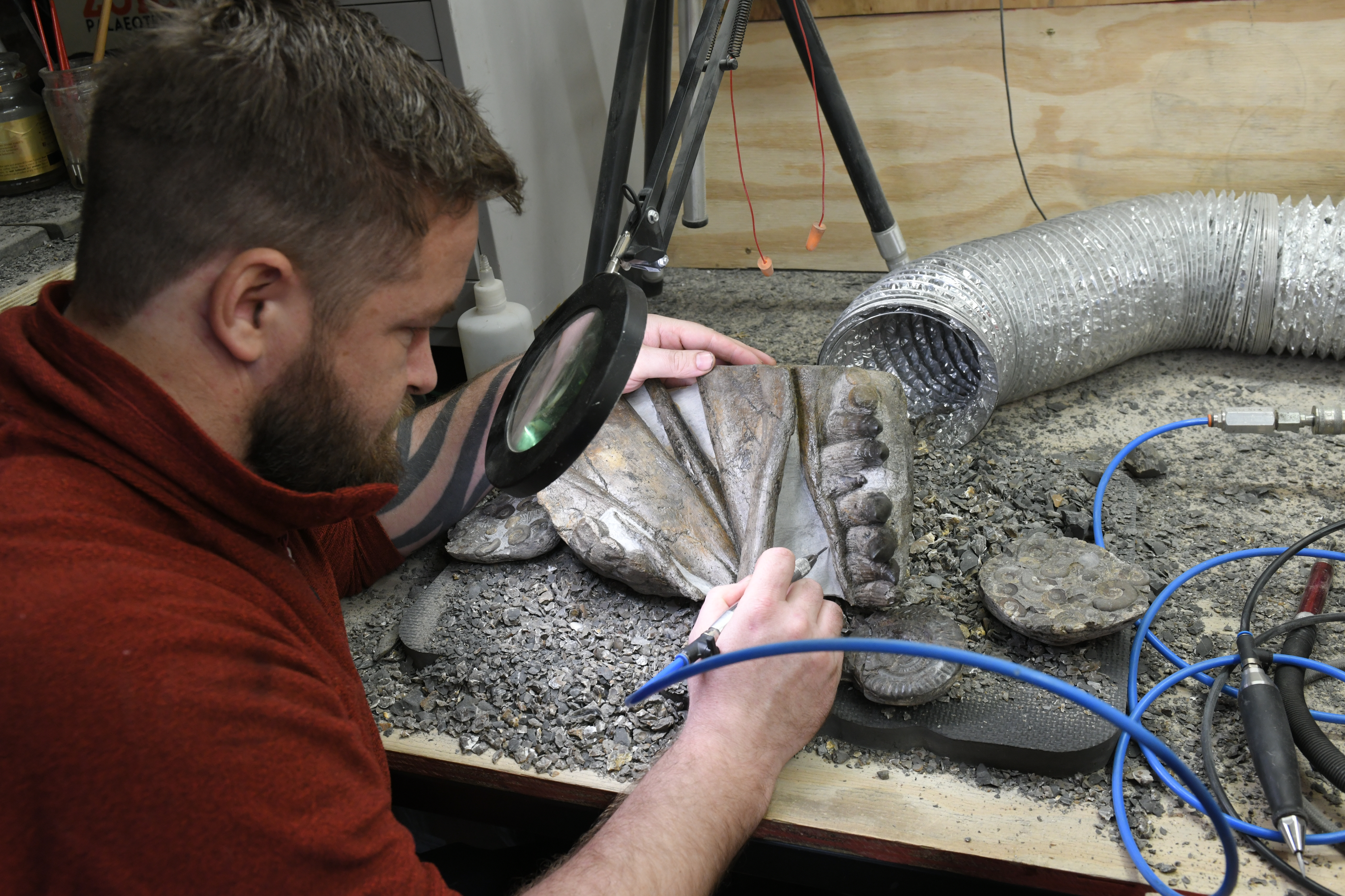 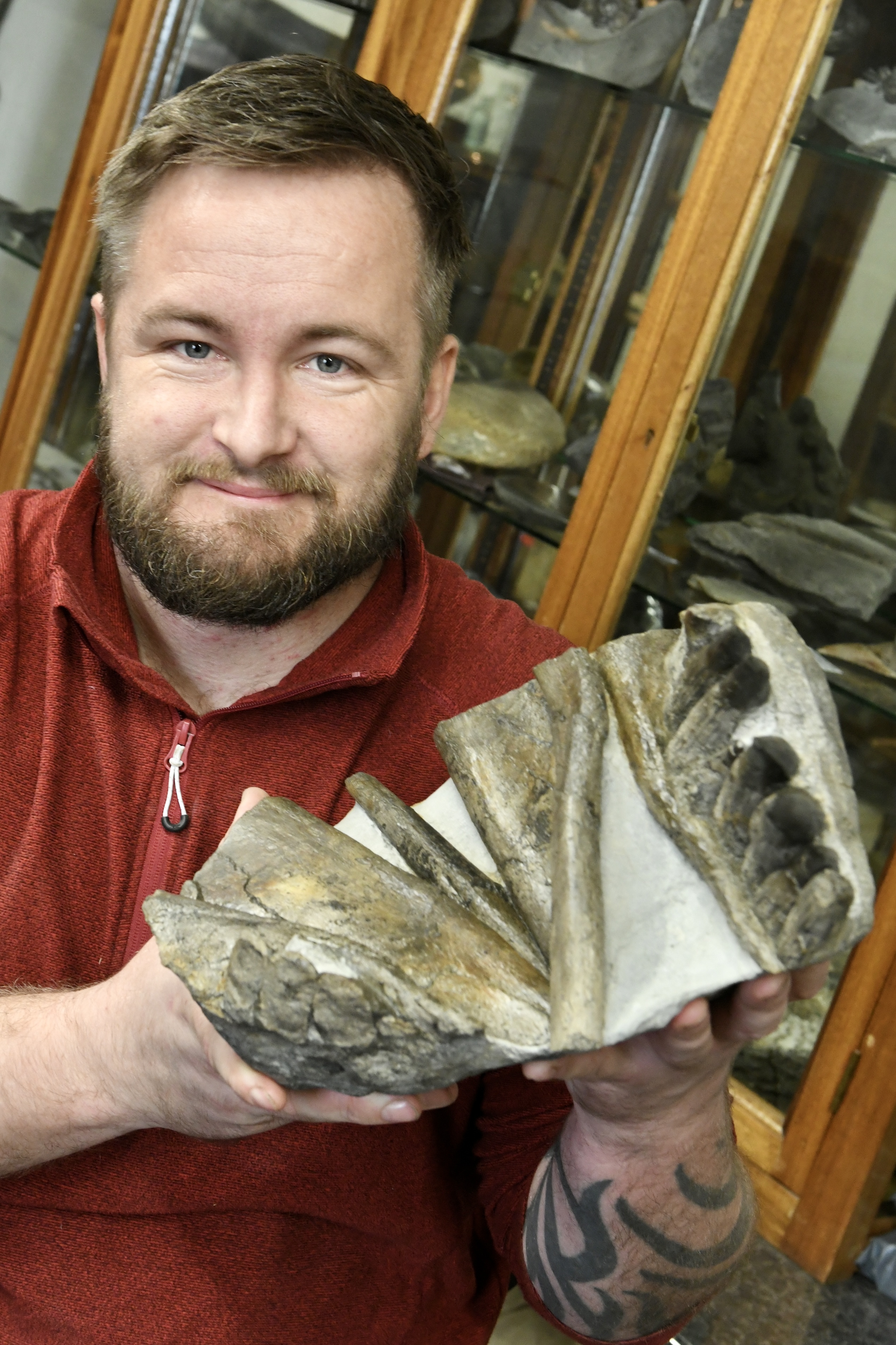