President Vladimir Putin's refusal to rule out using "tactical" nuclear weapons in Russia's war against Ukraine put much of the world on edge last month. But economist Nouriel Roubini says a nuclear escalation of that nearly eight-month conflict could mark just the start of a global battle.

The world could also see nuclear conflict in Iran and, most worrying for the U.S., around China's fight for Taiwan, says Roubini, who was dubbed “Dr. Doom” after the realization of his dire predictions including the 2008 housing crisis that sparked the Great Recession.

The New York University business professor contends a cold war already exists between the U.S. and China, and that it could escalate into a "hot war" as President Xi Jinping aims to unite China and Taiwan. Roubini appeared on Monday at the Yahoo Finance’s 2022 All Markets Summit, ahead of the release of his book, “Megathreats: Ten Dangerous Threats that Imperil our Future and How to Survive Them.”

“In some sense, World War III has already started,” Roubini said. “It started in Ukraine because this conflict has broader implications that go well beyond Russia and Ukraine. It’s the beginning of something else.”

Speaking to Yahoo Finance's editor-in-chief on Monday, Roubini highlighted geopolitical threats and what he calls a new cold war that has emerged between the U.S. and China as well as between the West and "revisionist" powers including Russia, China, Iran, North Korea, and Pakistan.

“They're essentially challenging the economic, social, and geopolitical order that the U.S., and Europe, and the West created after World War II,” Roubini said, explaining this crisis could ensnare the U.S. 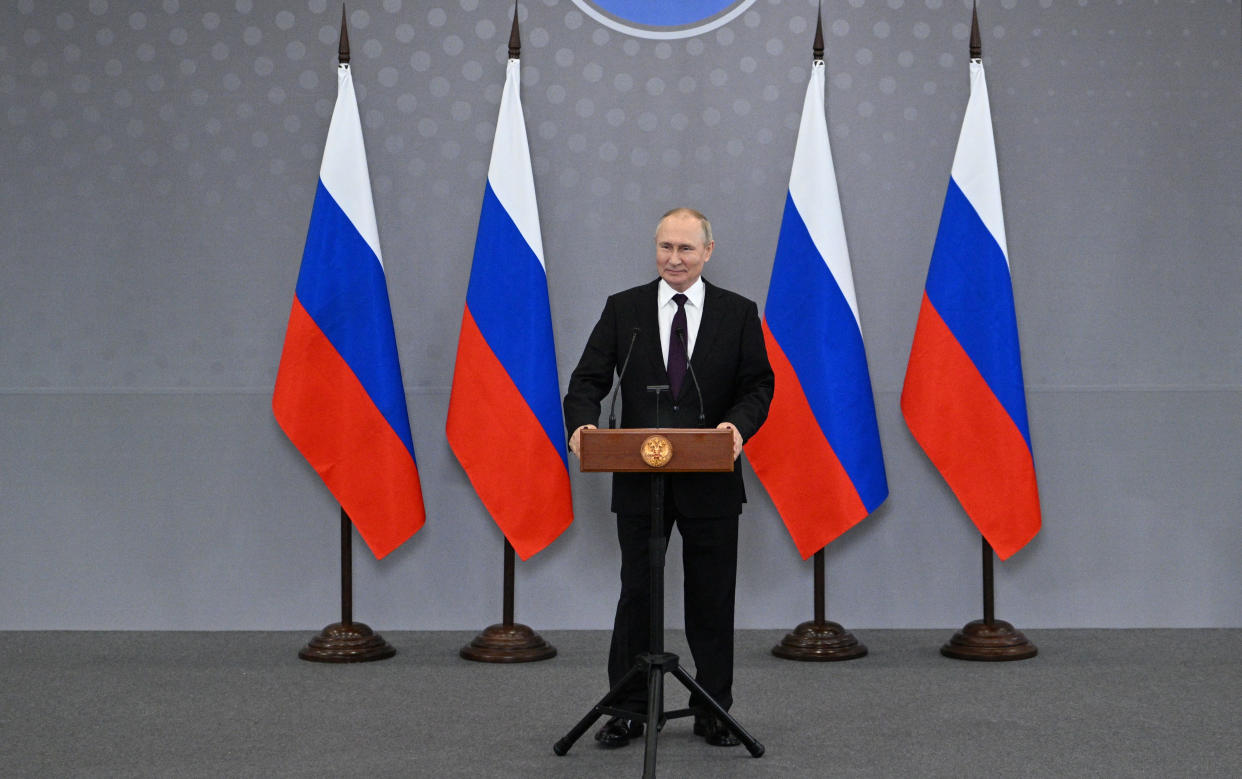 In addition to Ukraine, another flash point could also be Iran, Roubini says.

“The negotiations between the U.S. and Iran on the new nuclear deal are not going anywhere, and Israel is saying if [Iran is] going to become nuclear — and they're one step away from it — we're going to attack them,” Roubini said.

At the same time, the U.S. and China are on a collision course as the two countries continue to uncouple on fronts from trade to the movement of labor to technology.

“I believe the next 5-10 years is going to be the time where there’s going to be a confrontation between the U.S. and China on the issue of Taiwan and that could be a trigger of this cold war becoming a hot war,” he said. “That’s how we get to World War III.”

Chinese President Xi Jinping is widely expected to claim a third term atop his nation during the Communist Party's national congress this week, cementing him as China's most powerful ruler since Mao Zedong. 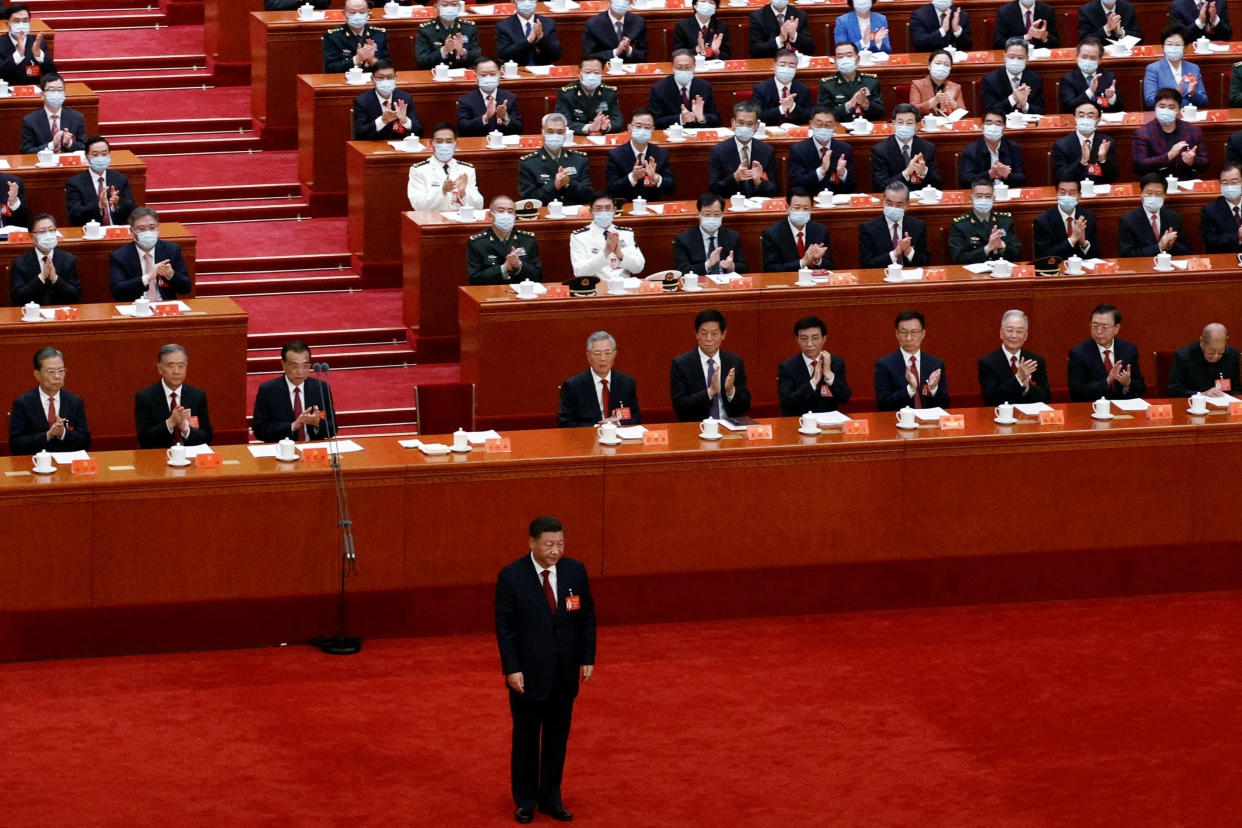 The leader also called to build up China’s military further as the conference kicked off on Sunday, reportedly saying the country should "be prepared for danger in times of peace [and] prepare for a rainy day and be ready to withstand major tests of high winds and high waves." 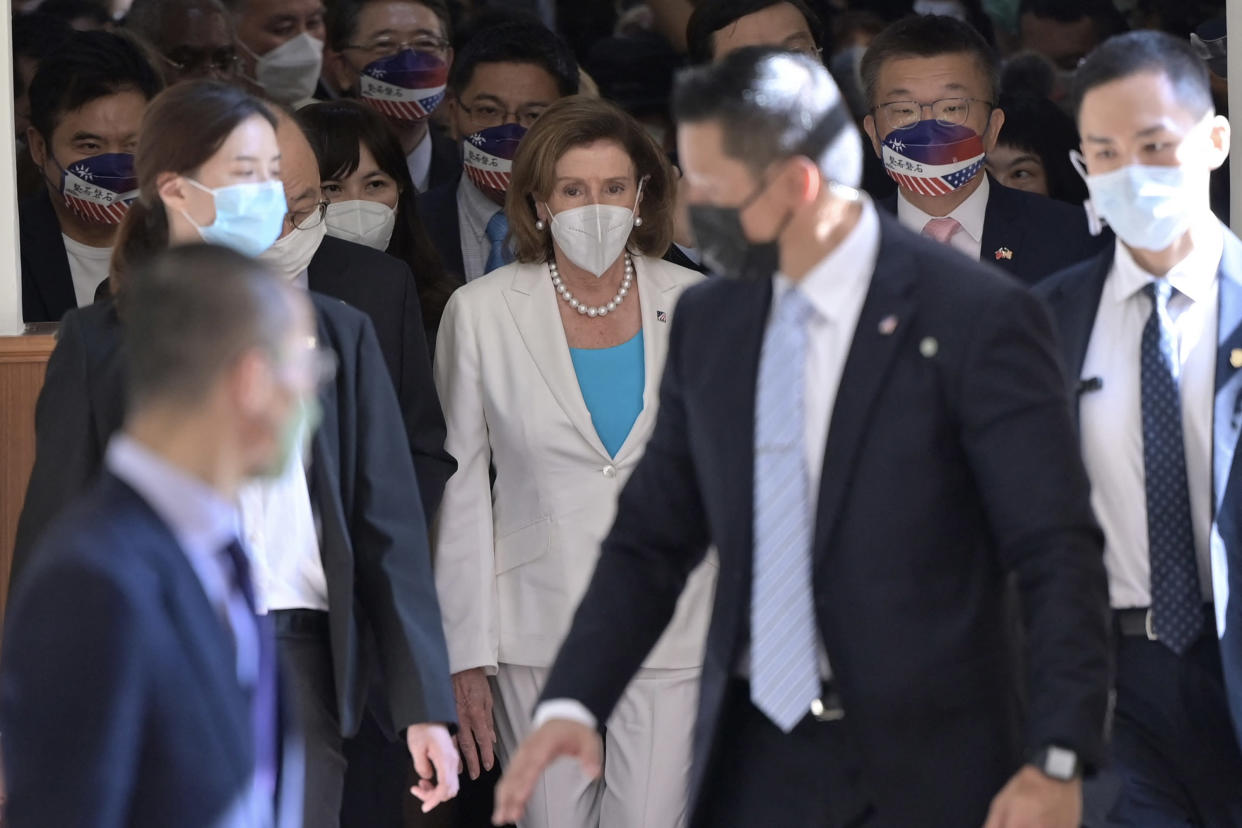 In Ukraine, that conflict took another turn on Monday when a wave of explosives-laden Russian suicide drones exploded in Kyiv. The attacks set buildings ablaze and further frayed nerves in Ukraine’s capital.

Ben Werschkul is a Washington correspondent for Yahoo Finance.